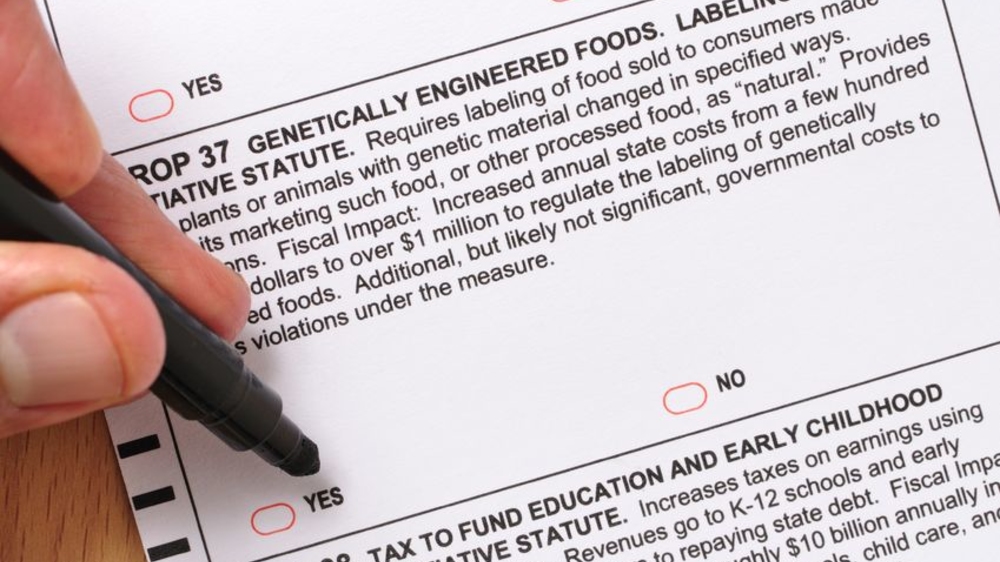 Chemical and agribusiness powerhouse Monsanto has just invested $4.5 million to defeat the I-522 campaign, a state ballot initiative to require mandatory labeling of genetically engineered (GE) foods in the state of Washington.  The initiative will be on the ballot in the upcoming general election in November. Current polls show 64% of likely voters are strongly in favor of the initiative, but the influx of corporate money threatens to undermine consumer choice.

“Monsanto’s aggressive tactics in Washington show that the agrichemical industry is staunchly against the public on this issue.  Consumers have overwhelmingly called for the labeling of GE foods, yet Monsanto is committed to withholding that information and denying consumers a choice,” said Andrew Kimbrell, executive director for Center for Food Safety.

“The agrichemical industry spent over $45 million dollars on a misleading campaign in California to defeat Proposition 37, and only won with a narrow 3 percent margin.  It appears they will attempt the same big spend strategy here in Washington; anything to deny the public of their basic right to know,” added Kimbrell.

“Agrichemical companies are running scared. And they should be,” added Kimbrell. “There is a reason that a chemical company is spending millions of dollars on a campaign on food labeling. Millions to keep you in the dark is nothing compared to the billions made from contaminating our food and environment with pesticides.”

Washington is on track to be the first state to implement GE food labeling, should the initiative pass.  Connecticut and Maine each passed GE labeling laws this past spring, but both bills include a trigger clause requiring several other states to also pass labeling bills before the new laws can be implemented.