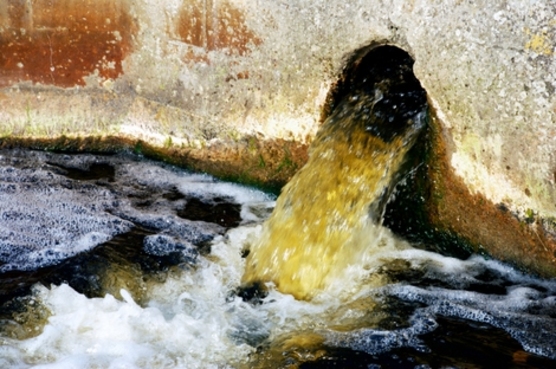 Community Association for Restoration of the Environment (CARE) and theCenter for Food Safety (CFS) – represented by Public Justice, P.C., Law Offices of Charles M. Tebbutt, P.C., and the Center for Food Safety – have won a significant victory in the first stage of their lawsuits against five Lower Yakima Valley industrial dairies for violating critical environmental protection laws.  The Court’s opinion allows CARE and CFS’s lawsuits to proceed, and denies the dairies’ ongoing attempts to escape responsibility for contaminating the region’s groundwater and soils.

The decision gives CARE and CFS the opportunity to now prove what the community has known for decades.  The proof of contamination already exists, and CARE and CFS look forward to obtaining an order from the Court requiring the dairies to clean up so that the taxpayers are not stuck with the bill, and the health consequences, while the dairies reap profits at the expense of the community.

“All we asked for is our day in court and now we will have it,” said Helen Reddout of CARE.  “The people of this community can now take steps to protect themselves from this long-term problem.”

“The Court understands that there is a difference between farms and factories,” said Elisabeth Holmes, staff attorney at the Center for Food Safety.  “These dairies, like thousands of others in our country, have crossed that line.  We now have the opportunity to pull them back.”

The lawsuits allege that the dairies’ leaking lagoons and over-applied manure are a major public health and environmental threat.  The dairies’ practices cause nitrates and other pollutant to enter into nearby soils and drinking water.  A 2012 EPA study showed that 20 percent of the 331 wells tested in the Yakima Valley had nitrate levels above federal drinking water standards, posing a serious danger to the more than 24,000 residents who rely on private wells for drinking water. Nitrates can cause severe health problems such as blue baby syndrome, several forms of cancer, autoimmune system dysfunction, and reproductive problems.  The dairies named in the lawsuits were subjects of EPA’s study.

“These industrial dairies have been polluting the groundwater and soil on which people depend,” said plaintiffs’ attorney Charlie Tebbutt of Eugene, Oregon.  “It is now time to change the ongoing improper practices and clean up the existing contamination.”

“We are delighted that the Court is allowing this much-needed case to move forward.  The people affected by the pollution from these mega-dairies have suffered immeasurably and we intend to hold these companies accountable for their illegal practices.  We are confident that the proof speaks for itself and we can finally help these communities get the justice they deserve,” says Jessica Culpepper, staff attorney at Public Justice.

In addition to Tebbutt, Culpepper, and Holmes, CARE and the Center for Food Safety are represented by Brad J. Moore of Stritmatter Kessler Whelan Coluccio, Seattle, Washington.

In October 2012, CFS and CARE put the dairies on notice of their violations by serving them with 90-day Notice of Intent to Sue letters, thereby providing the factory farms with more than the statutorily-required time to take corrective action.  None of the dairies rectified their practices, leaving the groups no other option but to seek court intervention.  The groups filed their lawsuits in February.

Public Justice is a national public interest law firm that fights injustice and holds corporate and government wrongdoers accountable.  Public Justice created the Food Safety and Health Project to hold corporations accountable for the manufacture, distribution and marketing of food and other products that endanger consumers’ safety, health and nutrition.  See our website at www.publicjustice.net.

Community Association for Restoration of the Environment (CARE) is a non-profit organization based in Outlook, Washington.  CARE is a grassroots organization made up of concerned community members, whose mission is to educate people about activities that endanger the health and quality of life and to advocate for actions to protect and restore the economic, social, and environmental resources of Washington.