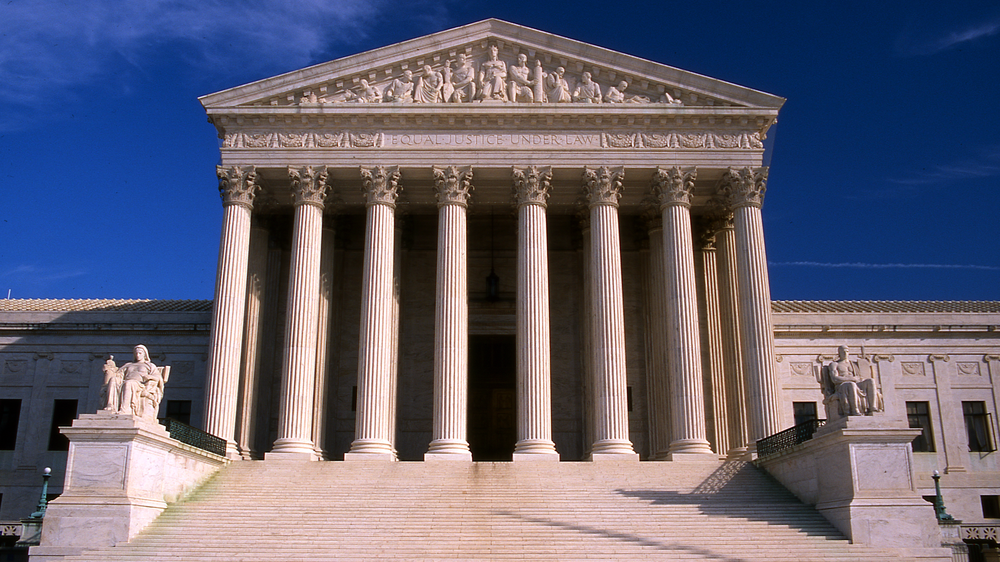 Nearly 15,000 gene patents no longer valid as a result to today’s ruling

Today, the Supreme Court declared that Myriad Genetics’ patenting of DNA violates the U.S. Constitution’s prohibition against patents on laws of nature and natural phenomena. The decision positively impacts tens of thousands of people.  Center for Food Safety (CFS) and the International Center for Technology Assessment (ICTA) have worked for nearly 20 years to oppose the patenting of DNA and worked closely with Breast Cancer Action, one of the plaintiffs in the case.  CFS submitted legal briefs at all three stages of the case, including the Supreme Court.

"Today the Court has confirmed once and for all that all genes are part of the natural world and cannot be patented," said Andrew Kimbrell, executive director of Center for Food Safety. "This groundbreaking decision is a victory for all of us that have long argued that nature and humanity should not and cannot be owned and controlled by corporations.”

“The decision is an important step in restoring balance to medical and scientific research, to move beyond flawed gene theory, and protecting people and nature from patent-created exploitation," added Kimbrell.

The Patent and Trademark Office has approved patents on at least 15,000 genes that are no longer valid due to today’s ruling.  Some patent holders may turn to Congress to overturn the decision. Should that be the case, CFS and ICTA will work to oppose any effort in Congress to reinstate gene and other DNA/RNA patents.

In light of the decision, the costs of tests for two genes that correlate with breast cancer and ovarian cancer should drop sharply from the more than $3,000 currently charged by Myriad Genetics, whose patents on BRCA1 and BRCA2 genes were struck down, allowing the tests to be performed more widely.

The Supreme Court ruling still allows patents on copies of DNA called “cDNA,” synthesized and edited copies of DNA. However, the Court suggests that even these synthetic copies of DNA may not be patentable if they are an “obvious” way to make the copy.

“We urge the Court to revisit the issue of ‘cDNA’ as an ‘obvious’ way to make useful changes to DNA.  This kind of copying of DNA should be no more patentable than a photocopy of a Picasso should be sold as a new work of art,” said Jaydee Hanson, policy director of International Center for Technology Assessment.

CFS represented the following groups in their Supreme Court brief: