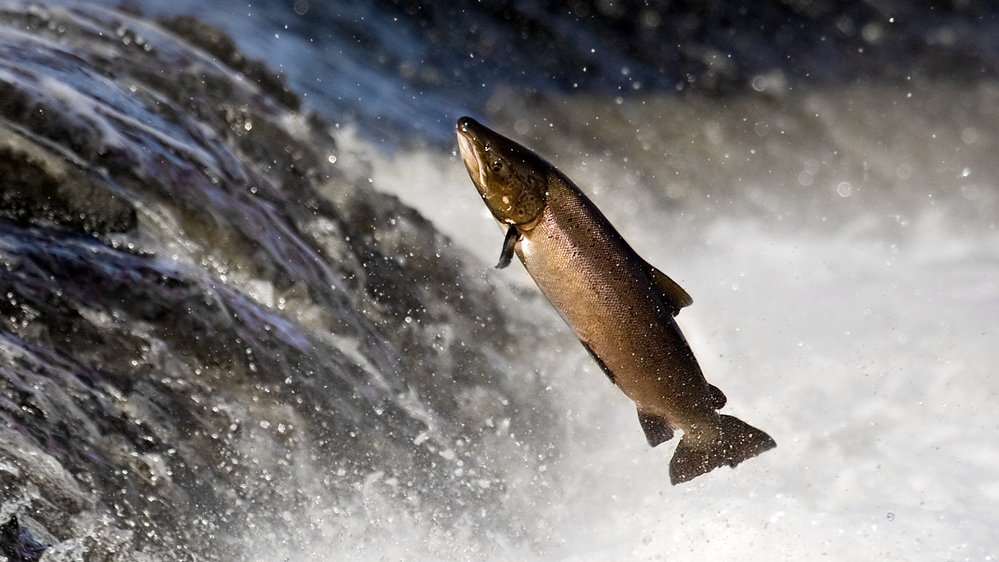 “This study highlights yet another ecological risk of these hazardous genetically engineered fish.  The FDA’s attempt to approve these gene altered fish without even analyzing these irreversible impacts on our native salmon and trout populations is unlawful and a gross abuse of their regulatory duties,” said Andrew Kimbrell, executive director of Center for Food Safety.

The study published in the Proceedings of the Royal Society found that in laboratory experiments, GE salmon not only were able to mate with wild-type brown trout to create hybrid fish, but were able to pass along the transgenes.  Of the 363 fish analyzed at the start of the experiment, roughly 40% of the hybrids carried the modified genes.

The researchers also found that the transgenic hybrids not only grew faster than the non-GE wild salmon, wild trout and wild-type hybrids, but in simulated stream conditions, transgenic hybrids were out-competing both the GE salmon and wild salmon.  This dynamic poses serious risks wild populations that are already under duress.

The new research comes just one month after nearly 2 million people wrote to the Food and Drug Administration (FDA) in opposition to its plans to approve a GE Atlantic salmon developed by AquaBounty Technologies, Inc., which if approved would be the first GE animal approved for human consumption.

Despite the numerous foreseeable risks, FDA has limited their assessment of the GE fish to reviewing the environmental impacts of the Canadian and Panamanian facilities proposed in the application.

In April, Center for Food Safety and a coalition of public interest groups discovered  through a Freedom of Information Act (FOIA) request documents indicating that U.S. Fish and Wildlife Service has already received requests to import AquAdvantage Salmon eggs into the U.S. for commercial production.

“Expanding production to facilities in the U.S. increases the possibility of escapes and crossbreeding, making this new study’s findings all the more alarming,” explained Kimbrell.

Senator Begich of Alaska, where wild salmon stocks are threatened,  recently introduced the PEGASUS Act (the Prevention of Escapement of Genetically Altered Salmon in the United States), which would prohibit “the shipment, sale, transportation, purchase, possession, or release in the wild of GE salmon unless the National Oceanic and Atmospheric Administration and the U.S. Fish and Wildlife Service complete a full environmental impact statement and find that it will result in no significant impact to the environment.”  Center for Food Safety is supporting the measure.