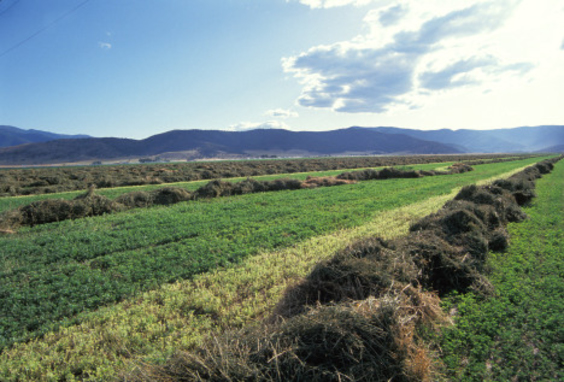 Center for Food Safety (CFS) is disappointed with today’s decision by the Ninth District Circuit Court to uphold USDA’s deregulation of genetically engineered (GE) alfalfa, yet will pursue numerous legal options to halt the sale and planting of this harmful crop.

The court acknowledged the myriad harms that will be caused by the deregulation of GE alfalfa, including irreparable damages to rural economies from transgenic contamination, closing of major export markets, significant increase in the use of herbicides and the resulting spread of herbicide-resistant weeds, as well as harms to the environment and numerous endangered species.

“This is an irresponsible decision. The court acknowledged the many stark environmental and economic impacts of these crops, and yet bends over backwards in allowing USDA to avoid addressing those concerns in its regulatory process,” said Andrew Kimbrell, executive director of Center for Food Safety. “This decision is contrary to the Supreme Courts’ decision on GE alfalfa and prior decisions by numerous other courts.”

CFS also announced its intention to appeal the decision and take other legal actions against USDA and EPA to ensure adequate regulation of these and other GE crops.

In its ruling, the Court acknowledged, as did the USDA in its final Environmental Impact Statement deregulating GE alfalfa, that continuing regulation of GE alfalfa is “the environmentally preferred option.”  Yet, in the face of such harms, the Ninth Circuit held that there is no authority for the agency to address harms under the current language of plant pest provisions of the Plant Protection Act, which regulates the introduction of genetically engineered crops in the U.S.

“Despite the Court’s decision today, farmers, consumers, and environmentalists remain rightfully concerned about the impacts of GE alfalfa.  As such, Center for Food Safety will continue to work diligently on their behalf to prevent the deregulation of this crop.  The risks are too high and the potential consequences too great to do otherwise,” said Sylvia Wu, staff attorney for Center for food Safety.

In 2007, CFS successfully challenged the USDA’s deregulation of GE Alfalfa and forced the agency to expand their review of the crop by conducting an Environmental Impact Statement (EIS) – the first ever conducted for an agricultural crop.

Among the chief concerns with GE alfalfa that the Court and USDA acknowledge, are: