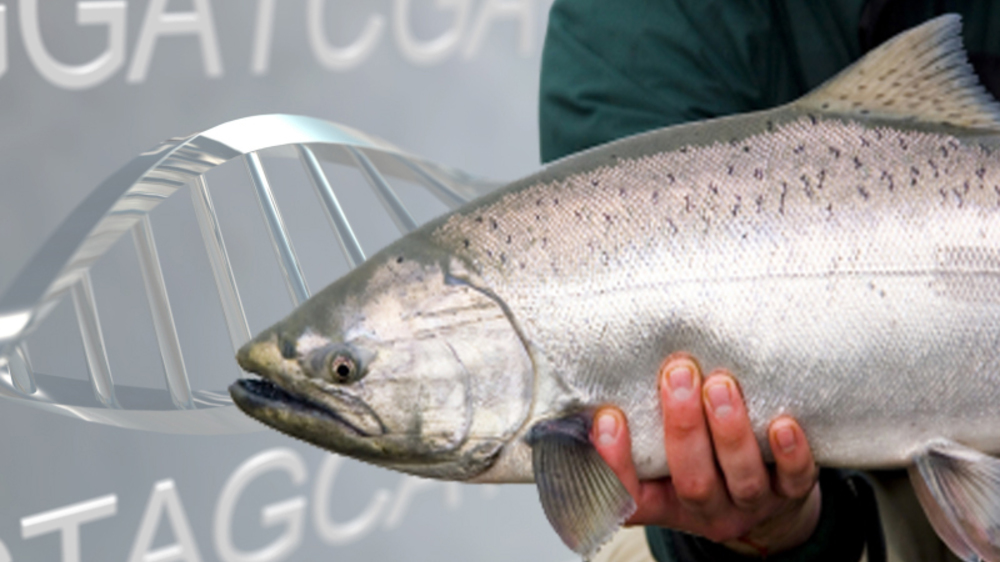 On Friday April 26, 2013 over 1.8 million people sent comments vehemently opposing the approval of a genetically engineered salmon by the Food and Drug Administration (FDA).  The effort was driven by a broad coalition organized over three years ago by the Center for Food Safety and consisting of public interest, consumer, environmental and animal protection groups, along with commercial and recreational fisheries associations and food businesses and retailers.

“It is extremely disappointing that the Obama Administration continues to push approval of this dangerous and unnecessary product through a broken regulatory system,” said Andrew Kimbrell, executive director for Center for Food Safety.  “The GE salmon has no socially redeeming value; it’s bad for the consumer, bad for the environment, and bad for our native salmon.”

The FDA first announced that it was considering the approval of a GE salmon in August 2010.  If approved, it would be the first-ever GE animal permitted for human consumption in the U.S.  Friday marked the close of a 120-day comment period on a revised draft environmental assessment for the GE salmon, which has remained a concern for consumers and Congress alike.

“The fact that the consideration of AquaBounty’s genetically engineered salmon has gotten this far is a sign of how broken the U.S. current regulatory structure actually is,” said Dave Murphy, founder and executive director of Food Democracy Now! “If GMO salmon is approved, it sets a dangerous precedent and will be a new low for the Obama administration in their failure to properly protect the American public and our food supply.”

In addition, documents disclosed on Friday through a Freedom of Information Act (FOIA) request raise serious questions about the adequacy of the FDA’s review of the AquAdvantage Salmon application. Among other things, while the FDA has refused to look at the environmental impacts of these GE fish beyond the Canadian and Panamanian facilities proposed in the application, it appears that U.S. Fish and Wildlife Service has already received requests to import AquAdvantage Salmon eggs into the U.S. for commercial production.

“Like FDA's food safety analysis, the environmental analysis leaves many questions unanswered, and includes numerous highly questionable and unsubstantiated assumptions,” said Michael Hansen, PhD, senior scientist at Consumers Union. “The decision on this fish is precedent setting; given the inadequacies of this document, a full EIS, including a failure-mode analysis that looks at the possibility of fish escapes, must be performed."

"The public has spoken, loud and clear: There is simply no need for GE salmon," said Wenonah Hauter, executive director of Food & Water Watch. "It's time for FDA to put an end to this regulatory mess and admit that the environmental and public health risks are too big to approve this controversial product."

On Wednesday, 12 Senators led by Senator Mark Begich (D-Alaska) and 21 Representatives led by Congressmen Don Young (R-AK-01), Mike Thompson (D-CA-05) and Jared Huffman (D-CA-02) sent letters to the FDA urging it to halt its approval until their economic, regulatory and environmental concerns are addressed.  The Congressional letters come just months after an amendment offered by Senator Begich to the Senate Budget Resolution passed by voice vote in favor of the labeling of GE fish.

"The AquAdvantage salmon studies, by their very design, underreport or fail to detect health problems and abnormalities in the fish. Yet we know that genetic engineering is fraught with failures and unintended consequences, and preliminary findings indicate that GE salmon are prone to deformities and may be more susceptible to disease,” said Nina Mak, research analyst with AAVS. “It is deeply concerning that FDA would ‘release’ this still-experimental technology into the environment."

A variety of other groups also have voiced their opposition to GE salmon, including several indigenous groups.  Citing numerous fisheries and economic concerns, over 250 businesses, individuals, public interest groups and fisheries organizations, representing fishermen and -women across the U.S., joined a letter to FDA, including the Alaska Trollers Association, the Northwest Atlantic Marine Alliance, Bristol Bay Regional Seafood Development Association and the Alaska Marine Conservation Council.

“U.S. fishermen take seriously the job of delivering a wholesome, sustainable, high quality product to market,” said Dale Kelley, executive director of the Alaska Trollers Association. “Applying such invasive technology to a food fish has not been adequately studied for its impacts on human health, the environment, or American jobs.”

The market has already started to reject GE salmon. Supermarket chains with more than 2,500 grocery stores across the county have committed not to sell GE seafood should it come to market and 260 chefs across the country have signed on to a letter by Chefs Collaborative objecting to the transgenic fish.

“We don’t believe this engineered salmon is either healthful or sustainable,” says Trudy Bialic of PCC Natural Markets in Seattle. “We won’t sell it.”