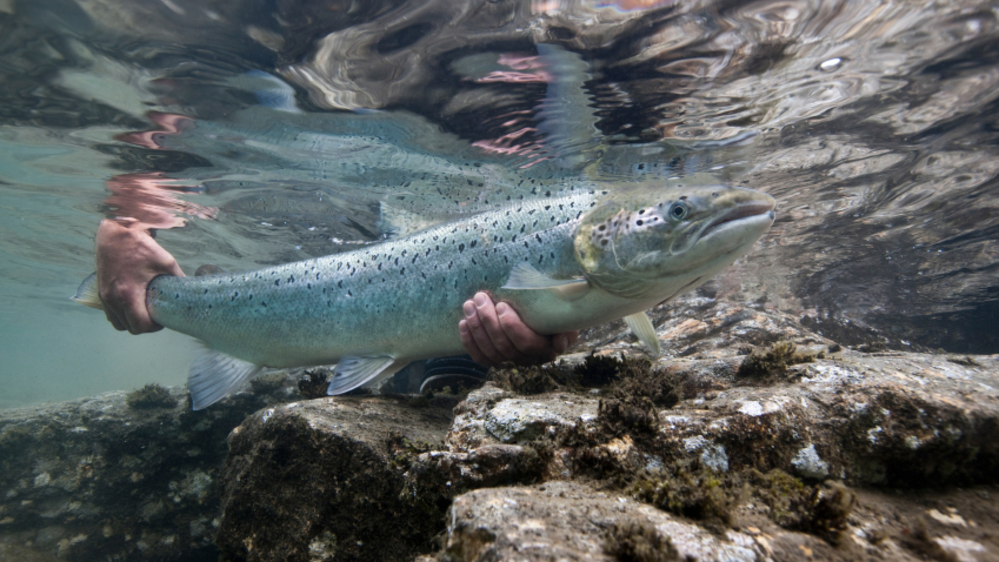 Center for Food Safety, Earthjustice, Friends of the Earth, and Food & Water Watch will join over 1.8 million people who have raised vehement objections, based on science, policy and law, to a proposal before the Food and Drug Administration (FDA) to approve genetically engineered salmon, the first-ever GE animal intended for human consumption. The comment period ends Friday, April 26 at midnight.

The close of the comment period comes as documents disclosed through a Freedom of Information Act (FOIA) request raise serious questions about the adequacy of the FDA’s review of the AquAdvantage Salmon application. Among other things, while the FDA has refused to look at the environmental impacts of these GE fish beyond the Canadian and Panamanian facilities proposed in the application, it appears that U.S. Fish and Wildlife Service has already received requests to import AquAdvantage Salmon eggs into the U.S. for commercial production.

The information further reveals that scientists within the Fish and Wildlife Service questioned the FDA’s ability and authority to review the impact of genetically engineered animals, and agreed with prominent experts that a full Environmental Impact Statement must be conducted before any decision on approval is finalized.

On the Friday before Christmas last year, the FDA released its controversial Environmental Assessment, the last step before possible approval of the AquAdvantage transgenic salmon engineered by AquaBounty Technologies. When FDA first announced its intent to approve AquaBounty’s application in the fall of 2010, the public sent more than 400,000 comments in opposition. Now that opposition has grown to nearly 1.5 million people.

“The newly revealed disclosures are very troubling,” said Andrew Kimbrell, executive director of Center for Food Safety “They raise the question of whether the whole idea of growing these genetically engineered salmon in Panama was a regulatory ruse by the company designed to get approval, while their real intent was to sell these eggs to U.S. companies to be grown in U.S. facilities. It appears as if the FDA will have to go back to step one on this approval process and assess the impact of growing these salmon not in Panama but in several locations around this country.”

“This application is the first of its kind, and precedent-setting,” said Earthjustice vice-president of litigation Patti Goldman. “It is imperative that FDA not ignore the public’s repeated calls for the careful, comprehensive, timely, and open environmental review that is promised by law.”

“Nearly 1.5 million people have commented to FDA from a broad spectrum of the public: consumers, scientists, salmon growers, doctors, students, ministers, chefs and Native American groups,” said Wenonah Hauter, executive director of Food & Water Watch.  “FDA needs to put interests of the public ahead of those from the biotech industry, which appear to be GE salmon’s only proponents.  FDA must put an end to this regulatory mess and acknowledge that the environmental risks and lingering food safety issues don’t justify approving this product.”

The market has already started to reject GE salmon. More than 2,500 grocery stores are committed to not sell GE seafood should it come to market and 260 chefs across the country have signed on to a letter by Chefs Collaborative objecting to the transgenic fish.  A variety of other groups also have voiced their opposition, including several indigenous groups and hundreds of fisheries and fishermen’s organizations.