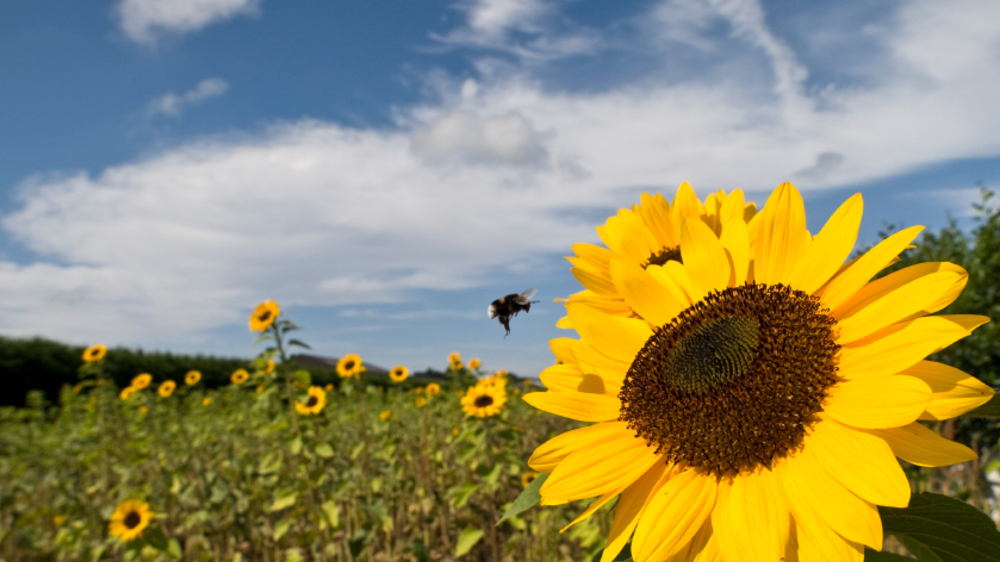 Today, a year after groups formally petitioned the U.S. Environmental Protection Agency (EPA), four beekeepers and five environmental and consumer groups filed a lawsuit in Federal District Court against the agency for its failure to protect pollinators from dangerous pesticides.  The coalition, represented by attorneys for the Center for Food Safety (CFS), seeks suspension of the registrations of insecticides that have repeatedly been identified as highly toxic to honey bees, clear causes of major bee kills and significant contributors to the devastating ongoing mortality of bees known as colony collapse disorder (CCD).  The suit challenges EPA’s ongoing handling of the pesticides as well as the agency’s practice of “conditional registration” and labeling deficiencies.

“America’s beekeepers cannot survive for long with the toxic environment EPA has supported. Bee-toxic pesticides in dozens of widely used products, on top of many other stresses our industry faces, are killing our bees and threatening our livelihoods,” said plaintiff Steve Ellis, a Minnesota and California beekeeper. “Our country depends on bees for crop pollination and honey production.  It’s time for EPA to recognize the value of bees to our food system and agricultural economy.”

The suit comes on the heels of a challenging season for California’s almond farmers, who produce 80% of the world’s almonds.  Almond growers rely on beekeepers to bring literally billions of bees from across the country to pollinate their orchards.  However, many beekeepers are reporting losses of over 50% this year and the shortages have left many California almond growers without enough bees to effectively pollinate their trees.  This is a vivid demonstration of why the Plaintiffs are demanding EPA to classify these bee-toxic pesticides as an “imminent hazard” and move swiftly to restrict their use.

The pesticides involved — clothianidin and thiamethoxam — are “neonicotinoids,” a newer class of systemic insecticides that are absorbed by plants and transported throughout the plant’s vascular tissue, making the plant potentially toxic to insects.  Clothianidin and thiamethoxam first came into heavy use in the mid-2000s, at the same time beekeepers started observing widespread cases of colony losses, leaving beekeepers unable to recoup their losses.

“Beekeepers and environmental and consumer groups have demonstrated time and time again over the last several years that EPA needs to protect bees.  The agency has refused, so we’ve been compelled to sue,” said Center for Food Safety attorney, Peter T. Jenkins.  “EPA’s unlawful actions should convince the Court to suspend the approvals for clothianidin and thiamethoxam products until those violations are resolved.”

“Pesticide manufacturers use conditional registrations to rush bee-toxic products to market, with little public oversight,” said Paul Towers, a spokesperson for Pesticide Action Network. “As new independent research comes to light, the agency has been slow to re-evaluate pesticide products and its process, leaving bees exposed to an ever-growing load of hazardous pesticides.”

In addition, the plaintiffs challenge the inadequacies of existing pesticide labels meant to ensure environmental and health protections.  “EPA has ignored its responsibility to protect bees by allowing impractical labels and lax enforcement,” said Jay Feldman, Executive Director of Beyond Pesticides. “Despite clear evidence and on-the-ground feedback to the contrary, EPA has failed to ensure that bees, birds and ecosystems are protected.”

Independent scientists have assessed the effects of clothianidin and thiamethoxam on honey bee colony health and development, examining both sub-lethal exposure effects and acute risks. Scientists have also identified massive data gaps that prevent accurate assessments as to their continued safety, not just for honey bees but for ecosystem integrity on the whole.  A major new report issued this week by the American Bird Conservancy, The Impact of the Nation’s Most Widely Used Insecticides on Birds, sounds dire warnings about EPA’s failures to assess threats to birds and to the aquatic ecosystems many species depend upon.

In March 2012, CFS and a coalition of prominent beekeepers, along with Pesticide Action Network and Beyond Pesticides filed an Emergency Petition with the EPA asking the agency to suspend the use of clothianidin.  Yet, a year later, the agency has refused and indicated it will not finish its Registration Review for clothianidin and thiamethoxam, as well as other neonicotinoids, until 2018.