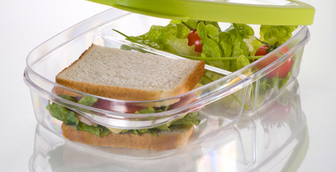 “This is the first time a nanotechnology-based product used on food has been withdrawn from the market, and is a major victory in protecting consumers from a technology whose health and environmental effects are still unknown, “said Jaydee Hanson, senior policy analyst for Center for Food Safety.

Pathway had claimed that the nano silver in the containers helped reduce the growth of bacteria and mold and allowed foods to stay fresh longer. Such claims are not permitted by the EPA unless the products have been registered with the EPA and tests support the claim. Pathway may not sell the following products: Kinetic Go Green Premium Food Storage Containers; Kinetic Smartwist Series Containers; TRITAN Food Storage; and StackSmart Storage.

In addition to the order sent to Pathway, EPA has also issued warning letters to Amazon, Sears, Wal-Mart and other large retailers directing them not to sell these products. These vendors have been selling Kinetic Food Storage Containers online.

Center for Food Safety filed a legal petition with the EPA in 2008 requesting that all such products be ordered off the market.  At that time, CFS had identified over 300 unapproved nano silver products in the U.S.

“We urge EPA to now move forward on ordering all of the hundreds of unapproved nano silver products off the market once and for all,” said Hanson.

For more on nanotechnology, see CFS’s report Nano Exposed: A Citizen's Guide to Nanotechnology and visit our website.