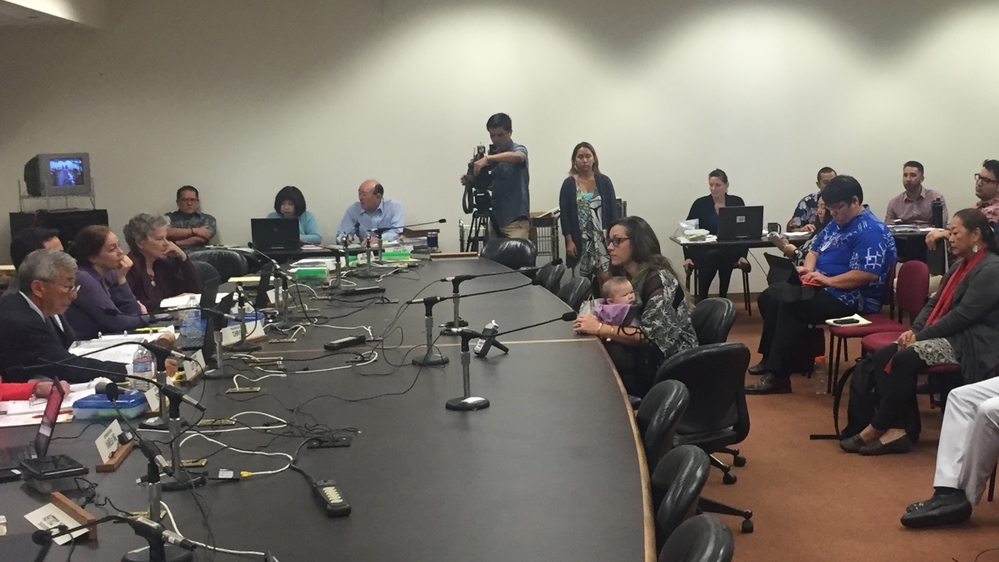 February 16, 2016 (Honolulu, HI)—Today, the Hawai‘i House Agriculture Committee, in a joint hearing with House Committee on Energy & Environmental Protection, deferred voting on a bill that would create no-spray buffer zones around sensitive areas, essentially killing the bill for this legislative session.. The buffer zones bill (HB 2564) aimed to protect children from pesticide exposure at school, a growing concern for communities across the state.

Hawai‘i Center for Food Safety expresses deep disappointment with today’s decision, and is calling for state agencies to step up and address community concerns. “We know this issue is not going anywhere. It’s time for the state to take the necessary actions to protect Hawai‘i’s keiki from harmful pesticide exposure,” says Ashley Lukens, director of the organization.

Although the bill was ultimately deferred, HB 2564 had the support of many members of the House Committee on Energy & Environmental Protection. In fact, several committee members were introducers of the bill, including Chair Chris Lee, Representative Ty J.K. Cullen, and Representative Cynthia Thielen.

Despite today’s disappointing decision, the public hearing for the bill, held on February 9, opened up unprecedented discussion and opportunities for the State Departments of Health, Agriculture and Education to work together on viable solutions.

During today’s decision making, Chair Lee stated that, “I do hope that going forward, on behalf of our committee which is charged with health and safety and everything else, that it’s clear that [pesticides] are a priority over pretty much anything else. I look forward to the Department of Health and others re-engaging on this issue moving forward. As long as there’s questions unanswered – and I think it’s clear there are some – we have an obligation as leaders to make sure that we put the health of the communities first and foremost.” Watch the video of his statement here.

Lukens echoes Lee, stating, “Last week’s buffer zones bill hearing brought to light major gaps in the state’s approach to pesticide regulation, and the total lack of coordination between the departments of Education, Health and Agriculture in addressing these issues. HCFS will continue as a resource for lawmakers and state agents to ensure appropriate and informed action is taken.”

Today’s decision does not come as a surprise: during the 2015 legislative session, House Agriculture Committee Chair Tsuji blocked similar legislation by deferring the vote on a buffer zones bill. Powerful pressure of corporate agriculture interests in the state are presumed to have played a role. Just last week it was announced that Monsanto is among the top five companies spending money on lobbying at the Hawai‘i State Legislature.

More information about the need for buffer zones can be found at http://www.protectourkeiki.org/