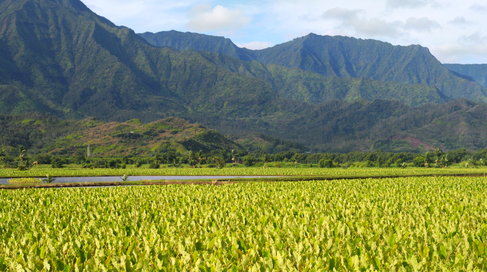 Honolulu, HI – A coalition of Maui and Moloka‘i residents, farmers, and public interest groups, represented by Center for Food Safety (CFS) and Earthjustice, today filed papers in Honolulu federal district court to defend the County of Maui’s recently passed genetically engineered (GE) crop safety initiative from a legal challenge by multinational chemical companies. The ballot initiative prohibits the growth, testing or cultivation of GE crops in Maui County until an environmental and public health study can show that the planting operations are safe for the community. Over the past year, CFS and Earthjustice have similarly fought on behalf of local citizen groups to defend the GE crop and pesticides ordinances passed by Kaua‘i and Hawai‘i counties in 2013.

On November 13, just nine days after the Maui initiative passed, Monsanto, along with Dow-owned Agrigenetics and several industry-friendly groups, sued Maui County, seeking to have the moratorium thrown out.  It also asked the court to temporarily delay the measure’s effectiveness by issuing an injunction.  Maui County immediately embraced the chance to block the will of its voters and agreed to an injunction until March 2015.

“Like the residents of Kaua‘i county and Hawai‘i counties before them, the people of Maui County decided they would no longer sit idly by as the State of Hawai‘i becomes a poisoned paradise of intensive genetically engineered crop production and its intertwined pesticide spraying,” said George Kimbrell, senior attorney for Center for Food Safety. “These chemical companies are again trying to trump the democratic process, and again, we stand by the communities and will vigorously defend the law.”

Earthjustice managing attorney Paul Achitoff commented, “Maui County’s betrayal of its own people by agreeing to delay the moratorium without a whimper of resistance proves it cannot be trusted to properly defend our clients’ interests.  The people of Maui, Moloka‘i, and Lana‘i have spoken, in the face of enormous industry pressure:  They want the spraying and growing to stop until the impacts are properly studied.  Since Maui County won’t defend the law, we’ll have to do its job and make the arguments in court.”

Members of The Moms on a Mission (MOM) Hui commented: “Our mission statement is, ‘What we love, we will protect!’  We are seeking to uphold the law, which was voted in by the people of Maui County, for the health and safety of us all.”

Presently, Hawai‘i is used as an outdoor laboratory for companies like Monsanto to test genetically engineered crops and their related pesticides. In 2013 alone there were 1124 field test sites in Hawai‘i; California only hosted 184 sites. Most of these crops are engineered to resist herbicides and produce their own pesticides. Testing and producing these crops means repeated spraying of dangerous chemicals near neighborhoods, schools, and waterways.

The coalition of groups asking to intervene includes The Mothers on a Mission (MOM) Hui, a group of mothers on Moloka‘i, Maui and other islands concerned about the health of their families; Moloka‘i Mahi‘ai, a hui of Moloka‘i-based farmers, and Maui farmer Gerry Ross, concerned about the impacts of chemical-based industrial agriculture on their livelihoods and on their island community; and CFS, the leading national group advocating for responsible regulation of genetic engineering and pesticides.

Center for Food Safety is a national, non-profit, membership organization founded in 1997 to protect human health and the environment by curbing the use of harmful food production technologies and by promoting organic and other forms of sustainable agriculture.  CFS maintains offices in Washington, D.C., San Francisco, California, Portland, Oregon and Honolulu, Hawai‘i, and has more than 500,000 members across the country.  More information can be found at www.centerforfoodsafety.org.

Earthjustice is a non-profit public interest law organization dedicated to protecting the magnificent places, natural resources, and wildlife of this earth, and to defending the right of all people to a healthy environment.  Earthjustice.org