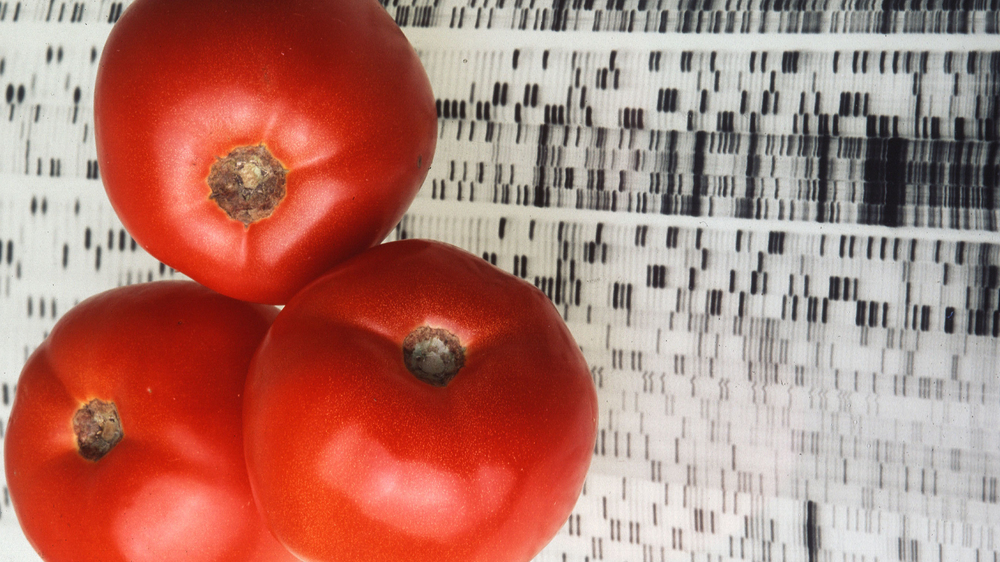 Right now a debate is raging in the U.S. about genetically engineered (GE) ingredients in our food. The biotech industry claims that GE food crops will save the environment and solve the hunger crisis.  But a growing number of scientists, doctors and consumers consider them a threat to the planet, and organizations like Christian Aid and the Institute for Food and Development Policy say GE food crops are likely to increase world hunger.

How can you make sense of this tricky subject?  Read on to find out the truth behind the genetic engineering myths.

MYTH #1: Genetic engineering is merely an extension of traditional breeding.

REALITY: Genetic engineering is a new technology that has been developed to overcome the limitations of traditional breeding.  Traditional breeders have never been capable of crossing fish genes with strawberries.  But genetically engineered “fishberries” are already in the field.  With genetic engineering, these types of new organisms can be created and released into the environment (1).  U.S. Food and Drug Administration (FDA) scientists stated that genetic engineering is different from traditional breeding, and so are the risks (2).  Despite this warning, the FDA continues to assert that GE foods and crops are not different and don’t require special regulations.

REALITY: The reason for the 170 million acres (data from 2013) of GE crops grown in this country today has nothing to do with nutrition, flavor or any other consumer benefit. There is little benefit aside from the financial gains reaped by the firms producing GE crops.  Nearly all of the GE corn, soy, sugar beets and cotton grown in the United States has been genetically altered so that it can withstand more pesticides or produce its own.

REALITY: Farmers who grow GE crops actually use more herbicide, not less.  For example, Monsanto created Roundup-Ready (RR) soy, corn and cotton specifically so that farmers would continue to buy Roundup, the company’s best-selling chemical weed killer, which is sold with RR seeds (3).  Instead of reducing pesticide use, one study of more than 8,000 university-based field trials suggested that farmers who plant RR soy use two to five times more herbicide than non-GE farmers who use integrated weed-control methods.  GE crops may be the greatest threat to sustainable agriculture on the planet.  Many organic farmers rely on a natural bacterial spray to control certain crop pests.  The advent of genetically engineered, insect-resistant crops is likely to lead to insects that are immune to this natural pesticide.  When this biological pesticide is rendered ineffective, other farmers will turn to increasingly toxic chemicals to deal with the “superbugs” created by GE crops.  Meanwhile, organic farmers will be out of options.

MYTH #4: The Government ensures that genetic engineering is safe for the environment and human health.

REALITY: Neither the FDA (4), the U.S. Department of Agriculture (USDA) (5), nor the Environmental Protection Agency (EPA) (6) has done any long-term human health or environmental impact studies of GE foods or crops, nor has any mandatory regulation specific to GE food been established.  Biotech companies are on the honor system.  They have virtually no requirements to show that this new technology is safe.  FDA scientists and doctors warned that GE foods could have new and different risks such as hidden allergens, increased plant-toxin levels and the potential to hasten the spread of antibiotic-resistant disease.  The USDA has reviewed more than 5,000 applications for experimental GE crop field trials without denying a single one.  USDA officials claimed they would conduct long-term studies of GE crops, but have no plans to require any pre-market or pre-release assessment.  Studies conducted after our environment and food supply have been contaminated will be too late.

MYTH #5: There is no scientific evidence that GE foods harm people or the environment

REALITY: There is no long-term study showing that GE foods or crops are safe, yet the biotech industry and government have allowed our environment and our families to become guinea pigs in these experiments.  Doctors around the world have warned that GE foods may cause unexpected health consequences that may take years to develop.  Laboratory and field evidence shows that GE crops can harm beneficial insects, damage soils and transfer GE genes in the environment, thereby contaminating neighboring crops and potentially creating uncontrollable weeds.

REALITY: In 1998, African scientists at a United Nations conference strongly objected to Monsanto’s promotional GE campaign that used photos of starving African children under the headline “Let the Harvest Begin.”  The scientists, who represented many of the nations affected by poverty and hunger, said gene technologies would undermine the nations’ capacities to feed themselves by destroying established diversity, local knowledge and sustainable agricultural systems(7)  Genetic engineering could actually lead to an increase in hunger and starvation.  Biotech companies like Monsanto force growers to sign a technology use agreement when growing their patented GE crops which stipulates, among other things, they the farmer cannot save the seeds produced from their GE harvest.  Half the world’s farmers rely on saved seed to produce food that 1.4 billion people rely on for daily nutrition.