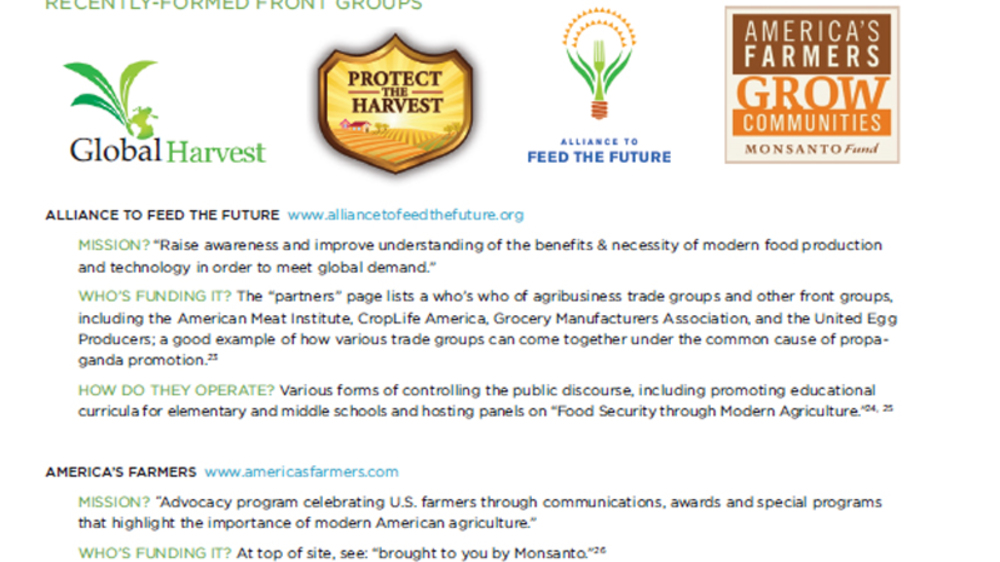 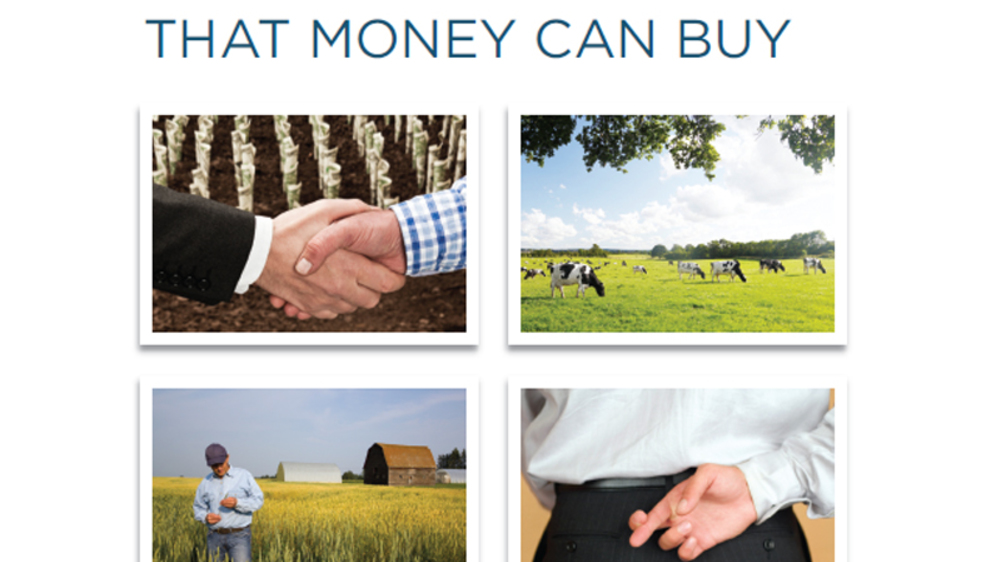 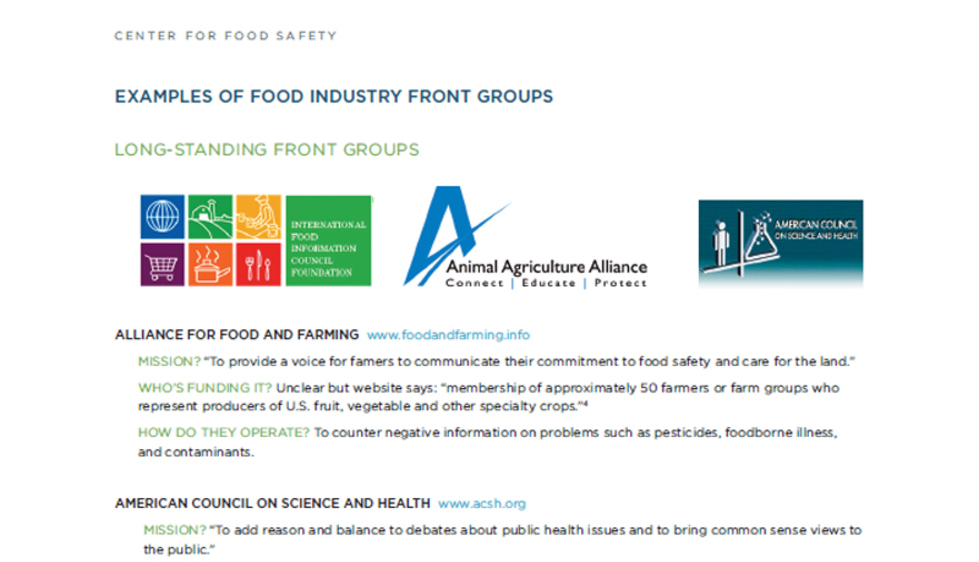 A valuable and unique resource, the report details the typical strategies employed by front groups, as well as profiles prominent examples such as the U.S. Farmers and Ranchers Alliance, the Center for Consumer Freedom, and the Alliance to Feed the Future. Through these fronts, industry works to project an image of trust and neutrality, while at the same time circulating media and consumer-friendly material that aids their corporate agenda.

“With growing concern over the negative impacts of our highly industrialized and overly-processed food system, the food industry has a serious public relations problem on its hands,” said Michele Simon, author of the report and consultant with Center for Food Safety. “Instead of cleaning up its act, industry is trying to control the public discourse. It’s imperative that reporters, policymakers, and the general public do their homework to learn exactly who is behind these industry front groups and not believe their biased propaganda,” she added.

Industry spin is becoming increasingly prevalent, and is a problem for a public looking for clear, unbiased answers. For example, just last month, the International Food Information Council Foundation released the third edition of its report: Food Biotechnology: A Communicator’s Guide to Improving Understanding. What sounds like a reasonable and helpful document is in fact the product of an industry-funded public relations entity—a front group—whose supporters include large food giants such as Coca-Cola, Nestle, and Kraft Foods.

“Front groups like these have long served as an industry tool to delude and deceive the public, and to avoid much-needed government regulation,” said Andrew Kimbrell, executive director at Center for Food Safety. “This report should be a wake-up call for us all to dig a little deeper. Policy makers and the public need to be aware of this largely hidden industry influence.”

Yet the average person does not have the time to investigate each and every innocuous sounding publication.  This new reports helps do the job for them, unveiling known front groups and helping readers to identify common signs of front group misinformation.