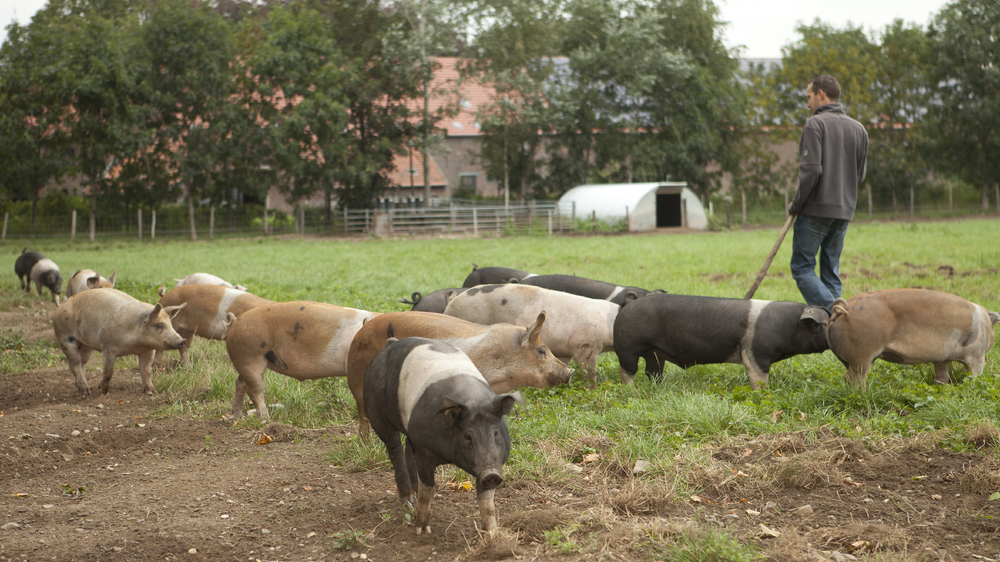 One of the country’s largest chicken producers—producing more than 56 million pounds of chicken per year—has officially gobbled up yet another small, responsible company. On September 8, Perdue Farms completed its acquisition of Niman Ranch, a network of 700 family farmers whose strict commitment to raising animals humanely, sustainably, and without routine antibiotics drew the attention of companies seeking responsibly-raised meats such as Chipotle Mexican Grill, Whole Foods, and Panera Bread. Combined with its other recent acquisition of Coleman Natural Foods in 2011, Perdue will be one of the largest suppliers of “niche” meats, an umbrella term encompassing a number of ways meat producers differentiate their product from industrial meat production, e.g., locally raised, certified organic, grass-fed, no hormones or antibiotics, or certified humane.

This is yet another step in an ongoing trend towards consolidation in the meat industry, with fewer and fewer companies controlling larger shares of the food animal market. Earlier this year, Hormel Foods, which struck it rich with its highly processed pork product, Spam, purchased Applegate Farms, the leading brand in organic and value-added prepared meats. Consolidation in the food industry is nothing new and has raised significant concern among consumer and public interest organizations for years. However, consolidation in the production and processing of animals raised for food is particularly alarming. Just a handful of companies now raise tens of thousands of pigs and cows and millions of chickens each year, often bred for rapid growth and raised in cramped, unsanitary conditions. Large corporations like Perdue, Tyson, and Smithfield emphasize pumping out as much product as possible as quickly as possible to protect their bottom line. Applying this manufacturing mentality to animal agriculture poses significant harm to the animals, workers, and public health, and is antithetical to the values of companies like Niman Ranch.

Unlike Perdue, Niman Ranch has built a reputation of caring for the animals, the land, and their farmers. This year, one of Perdue’s hundreds of contract chicken farmers came forward with his story of how the company supplies farmers with sick birds and keeps farmers in crippling debt. Author Christopher Leonard, in his book The Meat Racket, highlighted similar abuses by one of Perdue’s main rivals in chicken, Tyson Foods. The largest players, more interested in costs than care, are swallowing up the best actors in the industry.

As consumers continue to show their preference for antibiotic-free, sustainable, and humanely raised meat, more of these Big Ag companies are taking notice – and through these buyouts getting into this growing market. This raises two major concerns.  First, will these companies aggressively market the products of their new acquisitions when to do so would inevitably mean comparing them to the toxic and inhumane products the majority of the business has been and will still be selling?  Second, will these companies with long histories of animal and worker abuse be diligent in maintaining the integrity and high standards of the responsible and humane companies they now run? It looks like it will be up to us as engaged citizens and organizations to be vigilant in monitoring the results of these takeovers and making it very public should these buyouts turn out to be just Big Ag’s way of undermining our growing movement.