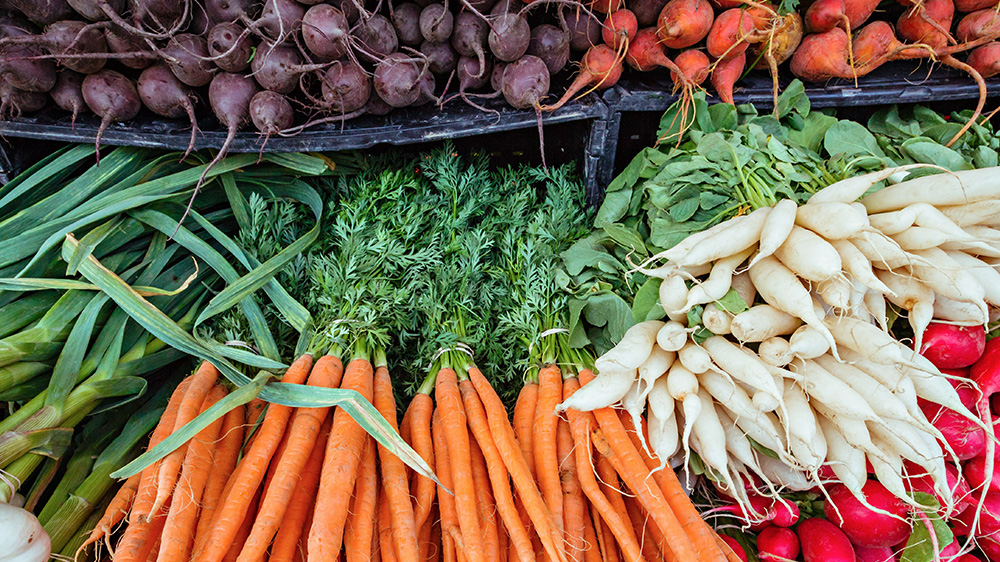 In a recent opinion piece in the Wall Street Journal titled "The Organic Industry is Lying to You," Henry I. Miller claims that the organic food industry is guilty of "false and deceptive advertising" when it asserts that its products are less toxic than "conventional" food. Subsequent to the publication of Miller's Op Ed the Trump FDA indicated they would look into his claims.

Before showing that it is not organic that is "false and deceptive' but rather Miller's article, it is important to look at the messenger. Henry Miller does not reveal his funding sources, but he has long been a propagandist for the pesticide industry. He has argued for the re-introduction of DDT, claimed that the decline in bee population is a hoax and promoted increased use of bee-killing neonicotinoid insecticides. As the organic food market has grown to $50 billion, Miller's attacks on it have become more virulent. Clearly the pesticide industry sees this fastest growing sector in American agriculture as a real and present threat, and sends its representatives like Miller out to try and discredit organic and undermine public trust in it.

Moreover, genetically engineered (GE) crops are prohibited in organic and this has raised the ire of Miller who is perhaps best known as a tireless promoter of GE, especially those crops that massively increase the use of herbicides such as RoundUp. And Miller's cozy relationship with Monsanto finally was his undoing. As was reported in the New York Times and elsewhere, internal Monsanto documents revealed that Miller submitted an article to Forbes, attempting to dispute an international study that showed that RoundUp was a probable carcinogen. While Miller submitted that article under his own name, this was a ruse. It was actually Monsanto that solicited him to submit the article, it and the real author of the piece was Monsanto's PR department. When this journalistic fraud was revealed, Forbes dropped Miller as a contributor and erased articles he wrote or co-authored from their website. In the name of journalistic integrity the WSJ should have done the same.

Whether authored by Miller or one of the pesticide companies he shills for, his characterization of organic is misleading and deceptive. The organic industry isn't hiding anything. Simply put, organic foods provide an alternative to "conventional" foods that reduce your exposure to toxic chemicals, promote ecological farming practices, and conserve vital resources like soil, water, and biodiversity.

Mr. Miller argues that marketing organic foods as grown "without toxic or persistent pesticides" is inaccurate. He notes that "organic farmers rely on synthetic and natural pesticides to grow their crops, just as conventional farmers do, and organic products can contain numerous synthetic as well as natural chemicals." What's implied here is that organic farmers are able to use any pesticides they choose at any time they like, and that all pesticides pose equal harm to consumers when used in farming.

Organic farming is built on the foundation that synthetic inputs are prohibited and the law requires that food labeled organic shall "have been produced and handled without the use of synthetic chemicals" (1). Now, the law does allow certain synthetics to receive temporary exemptions for use in organic farming and handling. In order to be exempted, someone must petition the U.S. Department of Agriculture (USDA) for it to be added to the approved list, at which point it may only be added after a rigorous scientific review demonstrates that its use "would not be harmful to human health or the environment" (2) and "is consistent with organic farming and handling" (3).

This means that any synthetic chemical that a U.S. organic farmer could use does not pose substantial risk to organic consumers, farm workers, or the environment. By their nature all pesticides are poisonous, yes. But they do not affect all organisms in the same manner or to equal degree. The process in organic regulations means that approved synthetics are not causing toxicity in humans or persisting in the environment from their approved use. And, if you want to know exactly which substances organic farmers may use and for what purposes, you can find the full list here. Mr. Miller also fails to inform readers that everything on this list must be re-evaluated within five years of its most recent review to determine whether new information shows the substance may be harmful and if viable alternatives have become available (4).

What's more, the entire organic community, including farmers, consumers, food companies, processors, and advocates, have an opportunity to tell USDA whether the petitioned substance should be allowed or not. This public participation is the backbone of organic integrity and serves as an additional mechanism for ensuring that harmful chemicals are not permitted.

Additionally, organic regulations limit use of any synthetic input to moments of last resort when all other practices have failed to curb the problem. In other words, not only are organic farmers only allowed to choose from a short list of rigorously reviewed synthetics, they can only look to these inputs if they've exhausted all their options. In order to prevent pests, weeds, and plant diseases, organic farmers are required to use crop rotation, apply cultural practices like selecting resistant plant varieties, and create habitat for natural predators of pests. Only when all of the practices outlined in the regulations have been inadequate may "a substance included on the National List of synthetic substancesâ?¦be applied" (5). When such substances are used, a farmer must document with their certifier the reason it was needed, the manner in which it was used, and strategies to prevent the need for its use in the future.

All of this contributes to the fact that organic farmers may access roughly 25 approved synthetic pesticides if proven necessary, compared to the more than 900 available synthetic pesticide products approved for use conventional farming (6). It is also why studies consistently demonstrate that organic foods and the people who eat them have fewer pesticide residues compared to conventional. Pesticide residues are detected on conventional food at four times higher frequency than on organic (7), and only 4 percent of U.S. organic produce tested from 2010-2011 contained residues above 5% of what EPA allows on conventional produce, and some of these outliers were thought to be mislabeled conventional products (8). Switching to an organic diet has been shown to drastically reduce urinary concentrations of pesticides, with more pronounced reductions in children (9,10,11). That is precisely why physician, public health expert, and bestselling author Dr. Michael Greger emphasizes that, "Eating organic provides a dramatic and immediate protective effect against exposures to pesticides commonly used in agricultural production" (12).

Consumption of organic foods reduces consumer exposure to toxic pesticides, in particular organophosphates, like chlorpyrifos and malathion, and pyrethroids, which are especially harmful to developing children. Exposure to pesticides for non-farmworkers is predominantly through food, and pesticide exposure most significantly impacts the health and development of children. Chlorpyrifos, widely used on conventional corn, wheat, apples, and citrus, is linked to lower IQ, poorer memory, and ADHD in children, and pyrethroids are linked to attention deficit hyperactivity disorder (ADHD) (13). Concentration of chlorpyrifos in umbilical cord blood has been associated with delayed psychomotor and mental development in children in the first three years of life, poorer working memory and full-scale IQ at seven years of age, structural changes, including decreased cortical thickness, in the brain of the children at school age, and mild to moderate tremor in the arms at 11 years of age (13).

Use of an approved synthetic may be significantly restricted through the regulations as well. Take Mr. Miller's example of copper sulfate. Copper sulfate has been used in agriculture and non-agriculture settings in the U.S. for hundreds of years, contributing to the accumulation of copper in soils nationwide. To insinuate that organic farmers are to blame for copper sulfate residues is ludicrous, especially considering that the organic regulations severely restrict its use, including prohibiting farmers from applying it to rice fields more than once every two years and requiring documentation of soil copper levels (14).

The organic industry and regulations are complex, certainly, but it is clear that use of synthetic chemicals in organic farming is the exception, not the rule. Any use of approved substances must be thoroughly documented in a farmer's Organic Systems Plan with their certifier. Conventional farmers have no equivalent requirement to identify the types, amounts, purpose, or frequency of chemicals used on their fields. Conventional farmers can freely use life-threatening chemicals like chlorpyrifos, malathion, 2,4-d, dicamba, and glyphosate. Mr. Miller's parallel that organic farmers use pesticides "just as conventional farmers do" is a dangerous inaccuracy.

Simply put, you are not being duped by organic advertising claims. Organically grown foods are the best way to reduce your dietary exposure to toxic and persistent pesticides. Supporting organic farmers is also the best way to protect wildlife habitats and reduce agricultural pollution. Research also shows that organic farming supports robust regional economies (16). There are so many reasons why choosing organic foods protects food security and public health. Mr. Miller's and the pesticide industry's self-serving attempts to equate organic production with "conventional," chemically dependent production is wrong on the facts and hopefully will not mislead the public into choosing the safer organic alternative. 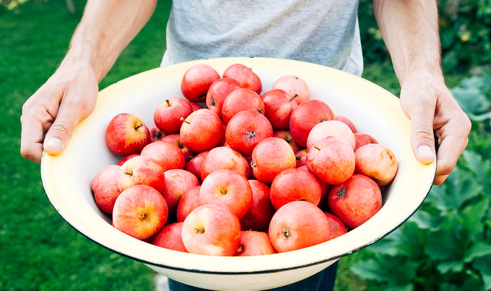 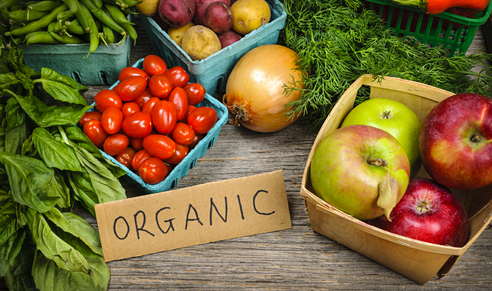 Many people today are concerned about how the products they buy have been produced, seeking those t…Read More