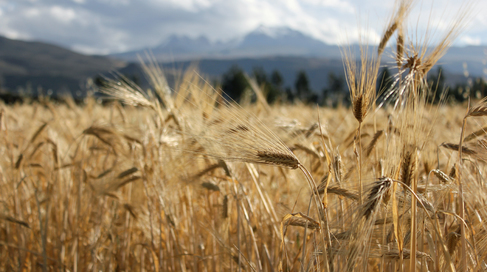 Food security requires a stable climate and, according to a new report released today by Center for Food Safety’s Cool Foods Campaign, this security is being jeopardized by climate change. The report, “Food and Climate: Connecting the Dots, Choosing the Way Forward,” outlines the climate requirements for successful food production, and examines two competing food production methods – industrial and organic – to reveal how they contribute to the climate problem, how resilient they are in the face of escalating climate shocks, and how organic agriculture can actually help to solve the climate crisis.

“It isn’t widely discussed, but the industrialization of our food supply is a major driver of global climate change, and, ironically, this is undermining our future ability to produce an adequate supply of food” said Cool Foods Campaign director Diana Donlon. “In fact, taken in the aggregate, the global food system is responsible for approximately half of all greenhouse gases.”

Droughts and heat waves in 2012 in the U.S. alone affected approximately 80 percent of agricultural land, causing an estimated $30 billion in damages. Already in 2014, California, which produces nearly half the nation’s fruits and vegetables, is experiencing the worst drought in its 153 year history.

In the report, Center for Food Safety examines how industrial agriculture – the dominant method of food production in the U.S. – externalizes many social and environmental costs while relying heavily on fossil fuels. Organic farming, by comparison, requires half as much energy, contributes far fewer greenhouse gasses, and, perhaps most surprisingly, is more resilient in the face of climate disruption.

“While our current climate trajectory is daunting, a future defined by food insecurity and climate chaos is not inevitable. We can still alter our course. Regenerative, organic agriculture has tremendous, untapped potential to strengthen food security while adapting to climate uncertainties and even helping to mitigate them,” said Donlon.

The report recommends that government agricultural policies and regulations reduce our reliance on fossil fuels and toxic chemicals, and calls on the public to pressure elected officials to act now to slow down climate change. The report also recommends that individuals support farmers to adopt organic methods by voting with their wallets.

“A stable climate and an abundant food supply are two things every person needs, and we can work toward both with food decisions we make three times a day. It may not seem like much, but if you multiply three times a day over the course of a lifetime, it adds up” added Donlon.

“People tend to think of organic agriculture as ‘alternative;’ added Donlon. “In the face of a changing climate, the report shows that methods that work in concert with powerful natural systems are the way forward.”