4 Things We're Thinking about This Thanksgiving 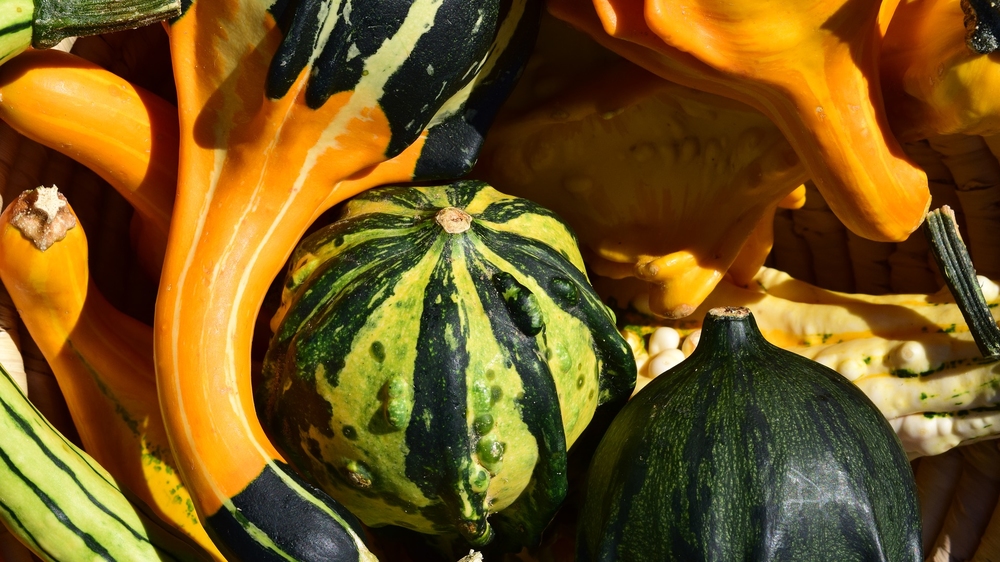 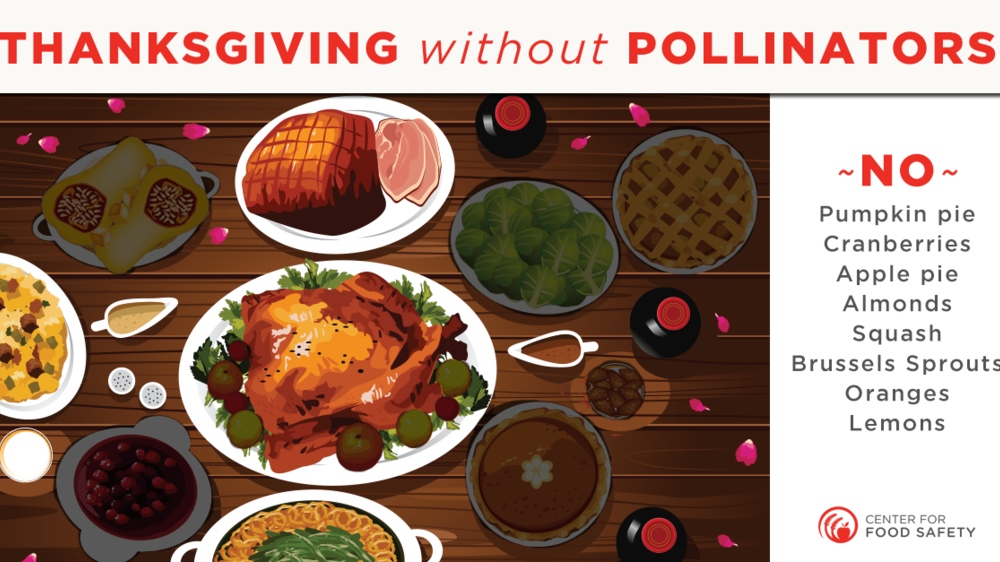 It’s that time of year when we gather together with friends and family to share in the bounty of the season, reflect on the past year and think about how grateful we are for each other and for the gifts of the harvest. We here at CFS are certainly grateful for the support of hundreds of thousands of members who help us in our mission to create a more just and sustainable food system. We will be thinking about that as we sit down at our Thanksgiving tables, but we’ll also be thinking about a few other things…

While you may be familiar with how much preparation it takes to ready a holiday meal, you may not be aware of all the behind-the-scenes work that bees have done before fruits, vegetables and other foodstuffs even make it to your kitchen. Apples, cranberries, squash, sweet potatoes, beans—these are just a few Thanksgiving table favorites, all of which rely on bees for pollination. Unfortunately, honey bees and other native bees and pollinators are being negatively impacted by the widespread use of toxic insecticides—so much so that we are seeing historic colony loss and population declines. So this Thanksgiving, learn how you can bee-thankful and help protect pollinators!

Many traditional holiday feasts feature large fowl, notably turkeys and roast chickens. But many large-scale livestock producers over-use and abuse antibiotics and other drugs as growth-promoters and to make up for unsanitary poultry rearing conditions. In fact, you may be getting an extra side dish with your turkey that you didn’t bargain for: a risky drug called ractopamine. Ractopamine is a growth enhancing drug that’s added to turkey feed—as well as the feed of pigs and cattle—to increase their muscle mass. But bigger doesn’t necessarily mean better. Ractopamine raises significant food safety and animal welfare concerns. It is connected to “downed” animals, muscular tremors, cardiovascular dysfunction and increased aggressive behavior in animals. The FDA has allowed its use without comprehensive scientific studies that document the risks of the drug to human and animal health. To ensure your turkey is drug-free, look for organic, free-range fowl.

Celebrating the plenty of the season is a beautiful thing, but what we sometimes fail to consider is that enough is plenty. “Leftovers” are especially cherished during the holidays—when else is digging into stuffing and pumpkin pie for breakfast appropriate—but buying, cooking and eating to excess isn’t good for your health or for the environment. According to Food Tank, between Thanksgiving and the New Year, the United States will waste about five million tons of food. And where does all of that food waste go? Not to the needy. Food is the single largest component of municipal solid waste reaching America’s landfills and incinerators. This holiday, keep climate change in mind as you prepare your meals, and think about creative, nutritious ways to re-use what is left over!

How to support communities in need

People in many communities around the country and around the world won’t be worrying about food waste this time of year; instead, their worry will be where they might find their next meal. Food insecurity impacts millions of people each year. According to Feeding America, 13 percent of American households were food insecure in 2015. And that only accounts for those that are reported. Food insecurity is complicated by the rise of the industrial agricultural system and the monopoly control of seed by just a handful of large corporations. This holiday season, offer a helping hand if you can. Food Pantries.org and Feeding America have great resources on where and how to donate to local food banks and kitchens.

Have a happy and healthy Thanksgiving!