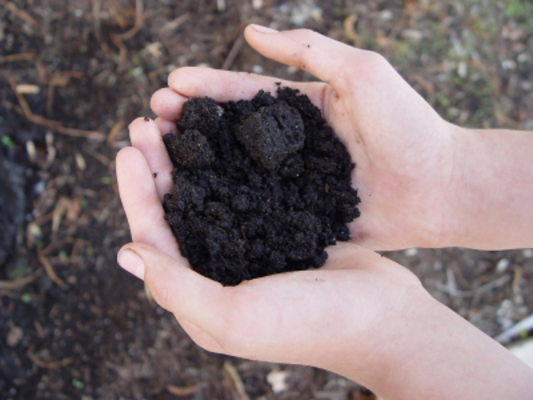 The climate crisis is unfolding far more rapidly than scientists predicted. February 2016 was the warmest in more than 135 years of global record keeping, and March will likely break more records. Meanwhile, April in San Francisco is feeling like August in Albuquerque. Dr. Jeff Masters, co-founder of the Weather Underground, reported that records weren’t just broken; they were smashed by a “jaw-dropping margin.”

It’s a problem of spectacular and unprecedented magnitude, and humans have to implement large-scale solutions to help de-escalate this crisis. Of course, thoughtful consideration must be given to what these solutions should look like. In The Gift of Good Land, noted poet, essayist, novelist, farmer and conservationist Wendell Berry provides wise counsel. In the chapter “Solving for Pattern,” he describes three very different kinds of solutions.

Berry’s first two types of solutions are actually “false paths,” examples of what not to do. These so-called solutions lead to a host of new problems — otherwise known as unintended consequences — “causing a hellish symbiosis in which problem and solution reciprocally enlarge one another.” He gives the example of air conditioners that are powered by burning coal. False solutions, according to Berry, “serve one good at the expense of another or of several others.” Berry’s third option is the one we need — the solution that “solves more than one problem and does not make new problems,” but rather “improves the balances, symmetries, or harmonies within a pattern.” In other words, a true solution.

Using Berry’s criteria, the rapidly growing soil carbon movement sees an enormously promising climate solution right under our feet. This movement, which coalesced at COP21 in Paris, is calling on farmers and land managers around the world to “draw down” CO2 from the atmosphere and store it in the ground as soil carbon (the organic matter in soil). This is critical because unlike in the atmosphere and the oceans, where there is a dangerous overabundance of CO2, most soils suffer from a serious lack of carbon. In fact, it is estimated that the earth’s cultivated soils have lost 50 to 70 percent of their original carbon stocks. Rebuilding the carbon would transfer CO2 from the sky, where it has become a menace, to the ground, where it would provide climate relief and more.

Sounds good, but does increasing the carbon content of soil create new problems elsewhere? No. Building soil carbon does not create new problems, but instead improves the “balances, symmetries, and harmonies” within the pattern. Rebuilding soil carbon fits Berry’s strict specifications; it is “ecologically, agriculturally and culturally healthful,” and it improves the whole. Re-building the carbon content of the earth’s much-abused soils offers a true solution to our global climate crisis.

While by no means the only action we should be taking to address this crisis (we must also sharply curtail emissions), it is urgent that we start rebuilding depleted soil carbon stocks and attempt to bring the carbon cycle back into balance. There is cause for hope. Soil science, a long neglected field, is enjoying a renaissance. Farmers and ranchers around the world are dedicating themselves to understanding biological processes and learning how to rebuild soil carbon from the ground up.