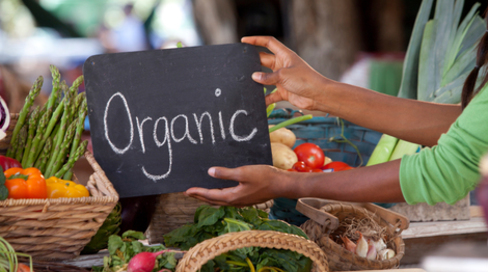 Years of Living Dangerously airs this Sunday on Showtime. The first episode, which is highly worth your time, investigates different facets of the climate crisis in Texas, Syria, and Indonesia. The Indonesia segment is spearheaded by actor Harrison Ford who journeys deep into the tropical forest not as a swashbuckling adventurer, but more as a sober statesman, to uncover a paradise mostly lost. Along the way, we learn that Indonesia has the world’s highest rate of deforestation.

The rising demand for palm oil results in vast monocultures that are systematically reducing the complex web of life while releasing massive carbon stores into the atmosphere. Because it is inexpensive and versatile, this vegetable oil is used in a mind-boggling array of products like body care and cleaning products to common processed foods including cereals (like Quaker Oats), cookies (like Oreos) and candy bars, (like KitKats). As we learn in the show, “it’s not the oil that’s bad; it’s the way it’s produced.”  A small percentage of palm oil is currently sourced responsibly, but there is a lot of work to be done to get big companies, including Starbucks, to look at their supply chains and make binding commitments not to contribute to deforestation, extinction, and climate change.

Episode One of Years of Living Dangerously brings to light some of the many hidden costs of our industrial food system: land-use changes, biodiversity loss, and unacceptable GHG emissions. In a new report, Food & Climate: Connecting the Dots, Choosing the Way Forward, Center for Food Safety’s Cool Foods Campaign explores this topic of hidden costs and lays out how agriculture, and by extension global food security, is affected by extreme weather; how the current food system exacerbates climate change; and how scaling up organic, agroecological systems can play a fundamental role in mitigating climate disruption. It also provides five cool principles to help you navigate the supermarket to make climate-smart choices with the ongoing power of our food dollars.

And, when it comes to those food dollars, moms, who spend $200 billion on groceries and food purchases a year, hold the power. By recognizing and using this power wisely moms can have a positive impact on the climate. Not only should we insist that major brands know where their palm oil is coming from, but we must take responsibility for seeking out climate-friendly foods for our families.

It turns out that we’ve been living and eating dangerously. Where and how food is grown, processed, distributed, and even discarded is a huge part of the climate crisis, but with the right incentives and practices food can be a big part of the climate solution. Here’s what you can do:

Let’s work together to take the climate crisis off of the menu!