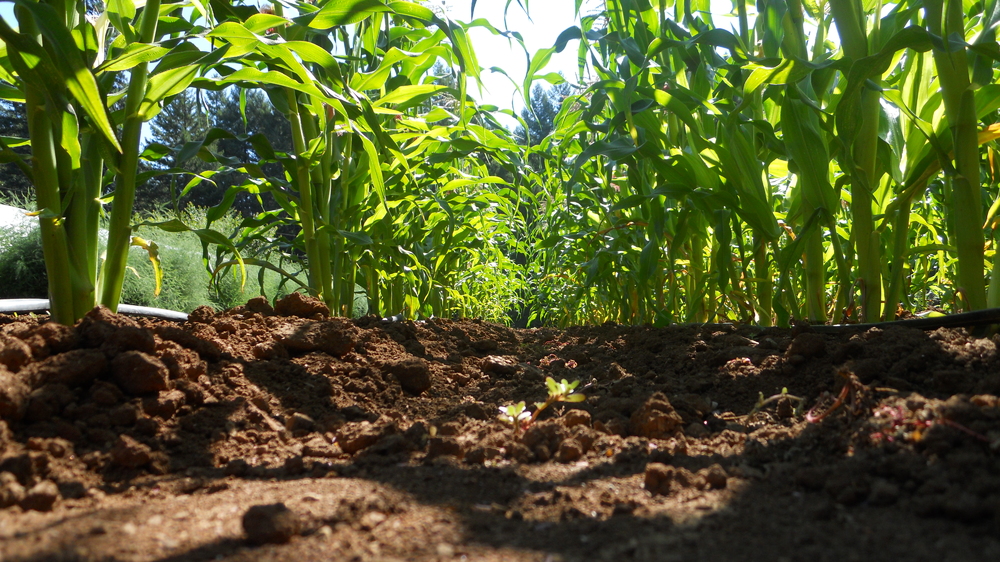 You may have heard the news that on May 9th, we crossed the scary 400 parts per million (ppm) of carbon dioxide (CO2) mark, but what exactly does this mean? In numeric terms, it means that this grim milestone is 50 ppm above 350 ppm, or the level scientists have identified as the safe upper limit of CO2.

In practical terms, it means that we are in excess of CO2 and other greenhouse gases (GHG) in the atmosphere that are causing the planet to heat up and the climate to become unstable. As a result of this instability, we get extreme weather in both directions – more extreme heat and more extreme cold; more extreme drought and more extreme rain. Our challenge, as one of the world’s biggest GHG emitters, is to rebalance the system as best we can by reducing GHG emissions and storing or “sequestering” carbon. We’ve done some of this by moving towards fuel efficiency, driving less, retrofitting buildings, and conserving electricity, but time is no longer on our side and we need to work across more sectors with purpose and urgency.

To avoid run-away climate change, and an unthinkable fate for humanity, we need to enlist nature’s immediate help. One of our biggest potential climate allies is directly under our feet: soil. Healthy, living soil has an enormous capacity to store carbon. In fact, carbon stored in soil accounts for roughly three times the amount stored in the atmosphere! Given this astounding fact, it stands to reason that improving the health of degraded soil holds tremendous potential to mitigate climate change.

We can begin by building soil organic matter (SOM). Building SOM increases soil fertility. Indeed, there is a correlation between the fertility below ground and the fertility above ground: the more plant life or biomass that soil can support, the more carbon it can potentially store (until it reaches a state of equilibrium). There are a wide variety of ways to increase SOM. Gardeners will recognize composting food leftovers, kitchen scraps and garden waste as a primary method. Cost-effective municipal composting programs are on the rise and should be adopted across the country. On farms, cover crops and agroforestry methods work to increase SOM. Other strategies for improving soil health include the regeneration of natural grasslands and reforestation.

Why do we need to be actively increasing SOM? Because we’ve not treated our soils as living entities, and this has resulted in a dangerous loss of soil carbon. We’ve paved over prime farmland, mismanaged rangelands and assaulted the soil with an ever-expanding array of increasingly toxic chemicals. As a result, many of our soils are thin and exhausted, and now unable to hold carbon efficiently. This soil carbon loss is transferred to the atmosphere. For human, soil, and climate health, we need to wean ourselves off of fossil fuel-based fertilizers and synthetic pesticides and herbicides. Synthetic fertilizers, for instance, deplete SOM, contaminate groundwater with nitrates, and are linked to nitrous oxide (N20) emissions; a GHG many times more potent than C02.

We must also accelerate the transition away from monocultures. They don’t nourish soils, but instead lead to a decline in quality and to erosion. While monocultures may have worked well enough in the relatively climate-stable 20th century, they are no longer a viable strategy because they are neither soil-smart nor climate-smart. As any investor can tell you, diversification is critical, particularly when erratic weather can wipe out an entire year’s crop with an unseasonal heavy rain, or hail the size of golf balls.

Healthy soils are amazingly complex, and according to a recent piece in The New York Times, “one of our largest reservoirs of biodiversity.” In addition to storing carbon, healthy soils provide us with other direct climate benefits, including an increased capacity to hold water. A study from the Arkansas Water Resources Research Center found that for every one percent increase in soil organic matter, 16,500 gallons of water per acre can be held in soil up to one foot deep. This stabilizes soil against erosion, reduces runoff and helps control flooding. Building soil organic matter also minimizes the temperature fluctuations in the soil, insulating crops against excess heat and unseasonable cold in a way that less robust soils cannot. If we take better care of our soils, they will take better care of us.

What will happen if we ignore the 400 ppm milestone and go about business as usual? Adding an extreme and erratic climate to our increasing global population and decreasing natural resources, such as fresh water and arable land, escalates the risk of decreasing yields and failing crops. This is the daunting scenario we must avoid. No one wants to go hungry. Growing food, our most vital human activity, depends on the stability of our climate, and now more than ever this requires pulling excess GHGs out of the atmosphere. An underutilized carbon sink and the foundation of crop production, healthy soil security is our key to maintaining global food security.