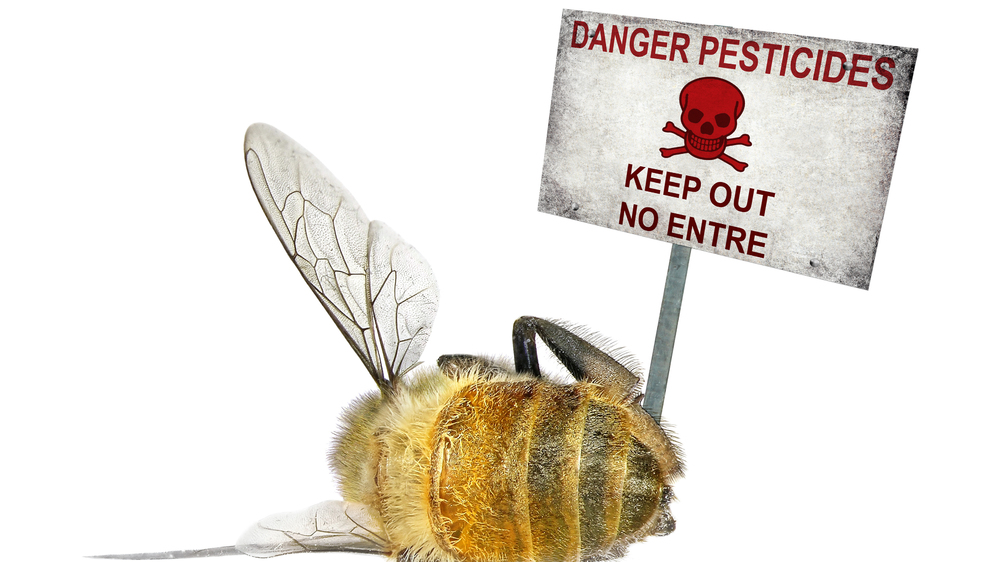 WASHINGTON, D.C. — Congressman Blumenauer (D.-Ore.), alongside Representative McGovern (D.-Mass.) and conservation, farmworker, farmer and consumer groups, today reintroduced the Saving America’s Pollinators Act, which aims to suspend the registration of certain neonicotinoid insecticides until EPA conducts a full scientific review. In addition, 16 environmental and conservation groups have collected over one hundred thousand public comments urging the agency to rein in the rampant overuse of neonicotinoid pesticides¬¬—a leading cause of pollinator population declines.

Last week, at the request of industry, the EPA extended its comment period on preliminary ecological and human health risk assessments for the neonicotinoids clothianidin, thiamethoxam and dinotefuran, and a preliminary ecological risk assessment for the neonicotinoid imidacloprid. The EPA’s risk assessments found deadly impacts to birds from neonic-treated seeds, poisoned insect prey and contaminated grasses. University researchers have found that tiny amounts of neonics are enough to cause migrating songbirds to lose their sense of direction and become emaciated. A recent study by USGS researchers found neonics widespread in the Great Lakes at levels that may potentially harm aquatic insects—the foundation of healthy aquatic ecosystems.

Europe has instituted a temporary ban on neonicotinoids based on their harms to pollinators. Canada’s pesticide regulatory agency has recommended banning the most widely used neonicotinoid based on harms to aquatic ecosystems.

Given the ongoing obstruction by EPA leadership, however, Representatives Blumenauer and McGovern are offering a legislative remedy to address the national pollinator crisis.

Betsy Southerland, former Director of EPA’s Office of Science and Technology, said, "Scientists at EPA are treated as irrelevant now because they are no longer part of the decision-making process. All environmental decisions come out of Administrator Pruitt's private meetings with industry and agribusiness."

“The EPA has an important mission—protecting people and the environment from harm. The EPA's leadership can't do their job unless they listen to their own scientists and make decisions that reflect the facts. At a time when EPA staff is shrinking and science advisors at the agency are underutilized, it is critical that the agency act to enforce safeguards that really protect people, informed by the evidence,” said Genna Reed, Science and Policy Analyst for Union of Concerned Scientists.

Dr. Luke Goembel, Chemist and Legislative Vice Chair with the Central Maryland Beekeepers Association, said, "When presented with the science about neonics and bees, the question becomes ‘In what imaginary world could this astoundingly efficient bee-killing, persistent insecticide, used countrywide in extreme overkill quantities, not be harming our pollinators?’ The only thing that is keeping the U.S. from joining other nations in banning the use of these devastating poisons is the immense profit that fuels PR campaigns, intense lobbying efforts, and questionable studies designed to mislead us on the harm these poisons do."

“Neonics and other agricultural pesticides pose unacceptable risks to human health and the environment, and farmworkers are routinely exposed to high levels of pesticides in the fields and nurseries where they work and in the communities where they live. EPA needs to stop dangerous uses of these toxins,” said Virginia Ruiz, Director of Occupational & Environmental Health at Farmworker Justice.

“By harming pollinators like bees and butterflies, and natural pest control agents like birds and beneficial insects, neonicotinoids are sabotaging the very organisms on which farmers depend,” said Cynthia Palmer, Director of Pesticides Science and Regulation at American Bird Conservancy. These chemicals have become ubiquitous in our food supply. Testing carried out by American Bird Conservancy and the Harvard T.H. Chan School of Public Health found neonicotinoids in 9 out of 10 bites of food from House and Senate dining halls, with some foods containing as many as five types of neonics.

“EPA’s recent assessment confirms what the science has already shown: that neonicotinoids are highly toxic not just to bees, but to aquatic species and birds. To protect our waterways and pollinators it is imperative that action be taken on these chemicals,” said Nichelle Harriott, science and regulatory director, Beyond Pesticides.

“The EPA’s own research leaves no question that neonicotinoids pose unacceptable risks,” said Lori Ann Burd, director of the Center for Biological Diversity’s environmental health program. “But while other developed nations wisely restrict use of these dangerous poisons, the United States has refused to take even the most basic steps to protect our wildlife from neonics.”

“It’s clear Scott Pruitt has turned the EPA over to the pesticide industry,” said Tiffany Finck-Haynes, senior food futures campaigner at Friends of the Earth. “Scott Pruitt took direction from the pesticide industry and further delayed assessment on neonicotinoids instead of listening to the science and taking immediate action to protect pollinators, people and the planet.”

“Neonics are already implicated in mass bee die-offs, and now the EPA’s own science makes it clear that these dangerous chemicals have a much broader ecological impact,” said Rebecca Riley, senior attorney with the Natural Resources Defense Council (NRDC). “It is time for the regulators to regulate and put the brakes on the widespread use of these dangerous chemicals. As EPA balks at its regulatory responsibilities, Congress should do its part by advancing the ‘Saving America’s Pollinators Act’ to safeguard our wildlife, food supply, and public health.”

“Given the facts we have at hand about the links between neonics and bee die offs, EPA should move boldly and swiftly to stop any and all uses of these dangerous chemicals,” said Christy Leavitt senior campaign director with Environment America. “We can't wait to save the bees. We thank Representatives Blumenauer and McGovern for taking action today to protect pollinators.”

“Our nation’s beekeepers continue to suffer unacceptable mortality of 40 percent annually and higher," said Andrew Kimbrell, Executive Director of Center for Food Safety. "Water contamination by these insecticides is virtually out of control. Wild pollinators and wetland-dependent birds are in danger. EPA must recognize the vast scientific literature showing the hazards of these chemicals and act to protect bees and the environment.”