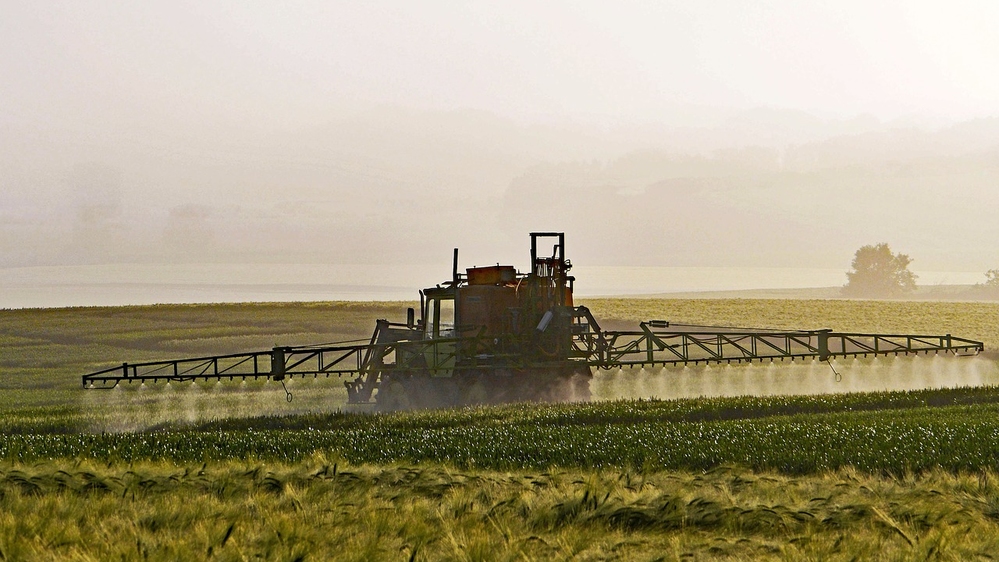 The Arkansas Plant Board voted yesterday to partially ban the use of the herbicide dicamba that has drifted rampantly to injure millions of acres of crops in Arkansas and 24 other states.  The vote came just weeks after Monsanto sued Arkansas to block the restriction.  Center for Food Safety submitted comprehensive comments to the state in support of Arkansas’ measure and debunking Monsanto’s arguments against the restriction.

“Arkansas is right to stand up to Monsanto’s bullying and carry through with the proposed restriction on dicamba to protect its farmers,” said Bill Freese, science policy analyst at Center for Food Safety (CFS).

The rule would prohibit most agricultural uses of dicamba from April 16th to October 31st and requires approval by the Arkansas Legislative Council before taking effect.

This year has seen unprecedented levels of crop injury linked to widespread planting of Monsanto’s genetically engineered (GE), dicamba-resistant soybeans and cotton, which are sprayed with new dicamba formulations developed by Monsanto and BASF.  The pesticide giants had claimed their formulations were “low volatility” and hence would not volatilize and drift to injure neighboring crops.  But these claims proved to be false.

“University agronomists don’t have any doubt that Monsanto’s and BASF’s dicamba is volatilizing and causing substantial drift injury,” added Freese.  “That’s what their field studies show, that’s what farmers’ injured crops demonstrate.  In denying this, Monsanto has unfortunately resorted to ‘alternative facts,’ as we show in our comments.”

There are over 2,700 official reports of dicamba injury affecting 3.6 million acres of soybeans, yet experts like Kevin Bradley of the University of Missouri estimate that only 1 in 10 farmers with injured crops make official complaints, suggesting that the true scope of crop damage is much larger.  Dicamba has also injured tomatoes, watermelon, cantaloupe, grapes, pumpkins, peas, tobacco and organic vegetable crops, not to mention trees and shrubs.  An Arkansas-based beekeeper reports that honey production is sharply lower in hives situated where dicamba-resistant crops are heavily grown, a possible sign that dicamba is killing flowering plants that honeybees depend upon.

The stakes for Monsanto are high.  The GE crop-herbicide package is Monsanto’s biggest product roll-out in two decades, and the company has invested nearly $1 billion in a dicamba manufacturing plant in Louisiana.  In addition, farmers have launched at least four class-action lawsuits against the company in hopes of recouping their losses.  CFS challenged EPA’s approval of Monsanto’s pesticide in January, and that case is now ongoing.

“Monsanto’s ‘alternative facts’ campaign is not surprising in light of its huge investments in dicamba and dicamba-resistant crops.  The company is copying the tactics of the tobacco industry: brazen denial of accepted science and facts, attacks on the credibility of honest scientists, whatever it takes to manufacture a bit of doubt,” added Freese.

For more, see CFS’s comments to the Arkansas Plant Board.

About CFS: Center for Food Safety’s mission is to empower people, support farmers, and protect the earth from the harmful impacts of industrial agriculture. Through groundbreaking legal, scientific, and grassroots action, we protect and promote your right to safe food and the environment. Please join our more than 900,000 advocates across the country at www.centerforfoodsafety.org. Twitter: @CFSTrueFood, @CFS_Press