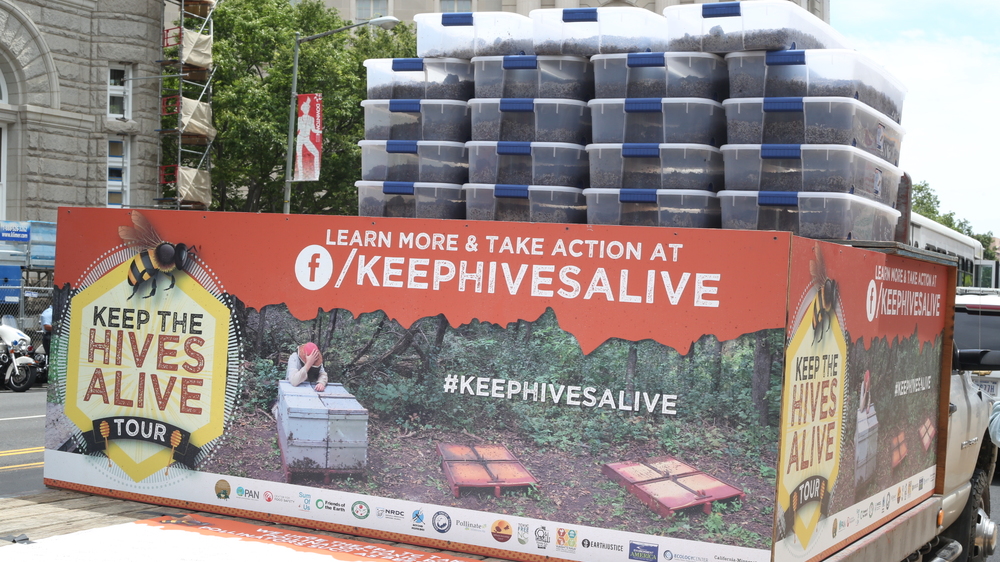 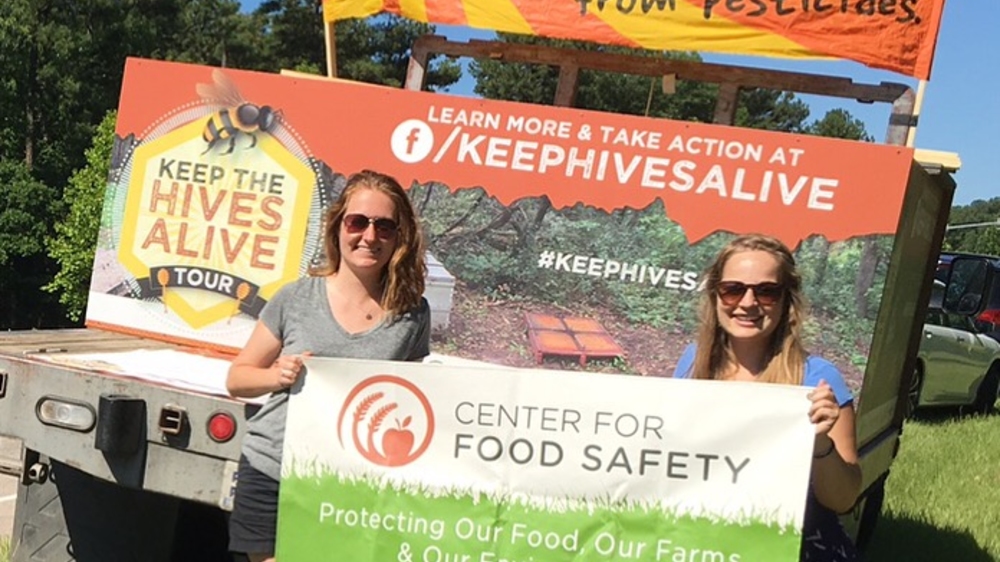 The film shares the stories of beekeepers whose livelihoods have been jeopardized by the continued use of bee-toxic pesticides and urges the government to take action to protect the health of pollinators. Further, it features stories from the nation’s commercial beekeepers as they speak out about issues the bee industry is facing, including James Cook, who drove a truck full of 2.5 million dead bees from his farm in Minnesota all the way to the steps of the Environmental Protection Agency in Washington, D.C.

“As I work towards being a part of the next generation of beekeepers, I’m thrilled to be able to share the incredible journey of the tour and all of the stories of farmers, scientists, beekeepers and advocates along the way,” said James Cook beekeeper with Old Mill Honey Company. “We still have a lot of work that needs to be done, but I have a lot of hope and want to highlight the problem solving that people are practicing to work towards the solution.”

American beekeepers report annual losses nearing 50 percent of their hives, with some beekeepers reporting as high as 100 percent losses. Yet the EPA, the USDA, and Congress have not properly regulated the use of bee-toxic pesticides to prevent further pollinator losses.

“It is fitting that we share this film and the stories it tells about pesticides and pollinator loss on the 10th anniversary of Pollinator Week,” said Tiffany Finck-Haynes, Food Futures Campaigner with Friends of the Earth. “This anniversary also marks 10 years of government regulators failing to address severe pollinator declines here in the United States, 10 years of beekeepers’ pleas for stronger pollinator protections going largely ignored, and 10 years of the environment and farming economies put at risk by toxic pesticides and the loss of critical pollinator species.”

The film, along with a shorter summary version, is available at www.keephivesalive.org. Keep the Hives Alive is planning screenings throughout the summer, and welcomes communities and individuals who would like to spread the word about pesticides, pollinators and sustainable agriculture by hosting a screening to reach out via KeepHivesAlive@gmail.com.

The film relives and delivers the messages of last year’s epic national Keep the Hives Alive Tour, which made stops across the country to educate the public of the dangers of bee-toxic pesticides. The Keep the Hives Alive Tour was a joint effort of beekeepers, farmers, farmworkers, scientists, advocates and policy makers to raise awareness about the plight of pollinators and the role bee-toxic pesticides play in their decline. The tour also celebrated local initiatives to protect these critical species by supporting sustainable and regenerative agricultural practices.

Center for Food Safety’s mission is to empower people, support farmers, and protect the earth from the harmful impacts of industrial agriculture. Through groundbreaking legal, scientific, and grassroots action, we protect and promote your right to safe food and the environment. Please join our more than 900,000 consumer and farmer advocates across the country at www.centerforfoodsafety.org. Twitter: @CFSTrueFood, @CFS_Press