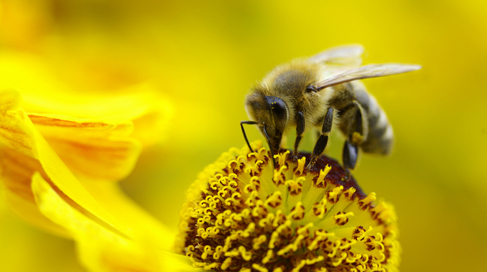 Today, a House Agriculture Subcommittee held a hearing on “current research and application of management strategies to control pests and diseases of pollinators,” the first Congressional hearing on pollinators in over a year. While dedicated discussion to such an important issue is welcomed, Center for Food Safety was dismayed by the panelists’ and committee members’ refusal to seriously address the impact of pesticides.

Rather than fairly debating the full spectrum of factors affecting pollinator health, today’s hearing was an attempt to marginalize the role of pesticides and muffle the voice of the beekeeping industry.

“It is confounding that Bayer CropScience, a leading manufacturer of neonicotinoid pesticides, was given a seat at the witness stand while the commercial beekeeping industry was noticeably absent. Despite the EU’s proactive and science-based decision to curtail the use of neonicotinoids, today’s hearing underscored that many House Agriculture Committee members remain reticent about discussing any actions that would upset the influential pesticide lobby,” said Colin O’Neil, director of government affairs for Center for Food Safety.

While some witnesses briefly addressed “improper use” of pesticides for having detrimental impacts on pollinators, they failed to explain the full wealth of scientific knowledge on the subject. Neonicotinoids have been shown to weaken the immune systems of bees, which in turn exacerbates many of the other stressors the witnesses repeated pointed a finger to, such as the varroa mite and viruses.

“Representative Costa asked, ‘What should Congress be doing?’ and no one stepped up with the one action that policy makers can take today.  Curb the rampant, often unnecessary, use of neonicotinoids. The science is there, the precedent is there, and the beekeeper support is there,” said Larissa Walker, who spearheads the pollinator program at Center for Food Safety.  “The answer is right in front of them but few are willing to open their eyes.”

Last July, Representatives John Conyers and Earl Blumenauer introduced the “Saving America’s Pollinators Act,” (HR 2692), which would suspend the use of four of the most toxic neonicotinoid chemicals until the Environmental Protection Agency conducts a full review of their safety and can make an informed and scientifically-sound decision about their use.

New research has revealed that farmers don’t benefit significantly from the use of neonicotinoids as seed treatments, which are applied to the vast majority of commercial corn and soybean seed. These findings are corroborated by case studies in Italy, where neonicotinoids have already been restricted, and corn yields have remained stable.