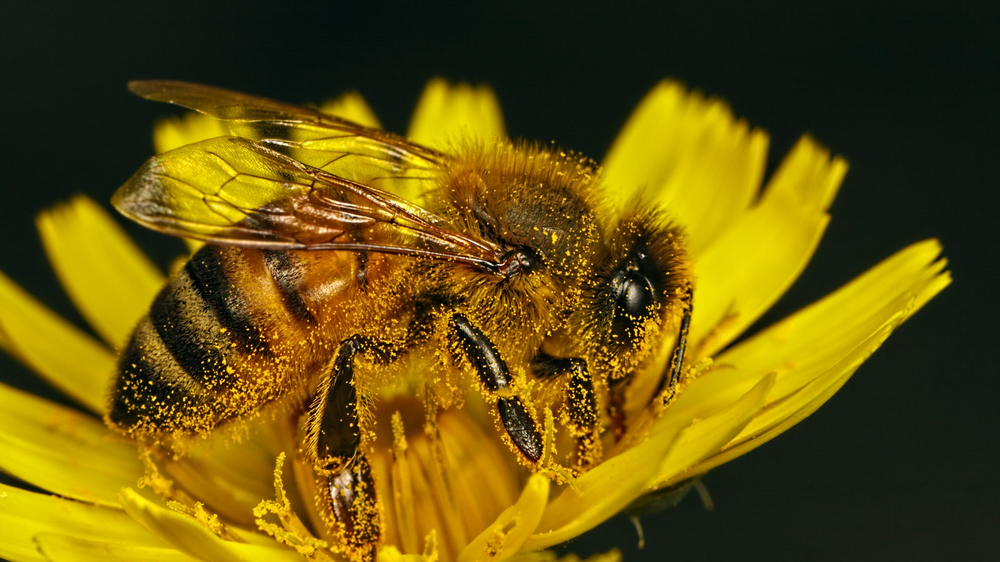 A Comprehensive Primer on Pollinator Health from Leading Experts

A new CFS report out today, Pollinators and Pesticides, examines the close link between neonicotinoid pesticides and pollinator population declines around the world.  The publication provides a comprehensive primer for researchers, journalists and concerned citizens of all levels of knowledge about bees and other pollinators.  It also examines the most recent scientific research while detailing regulatory failures and offering policy solutions.  The report was produced by Center for Food Safety, a public interest organization that works closely with beekeepers, scientists, and policy makers on this pressing issue.

“We are seeing a disturbing decline in honey bees and other pollinators as a result of the use of these chemicals.  The emerging research is clear in its conclusions and should make every regulator and policy maker think twice; pollinators and our food supply are not worth the risk,” said Larissa Walker, policy and campaign coordinator at Center for Food Safety.

In the United States, pollination contributes $20-30 billion in crop production annually to the agricultural economy. In California alone, it is estimated that nearly one-third of the value of the state’s agriculture comes from pollinator-dependent crops, which represent a net value of $11.7 billion per year.

Neonicotinoids are currently authorized in more than 120 countries for over 1,000 different uses. While sometimes used on crops through foliar sprays, in the soil, and as direct injections into tree trunks, the largest single use of neonicotinoids is as a seed treatment for corn. Almost all of the corn seed planted in North America, except for 0.2% used in organic production, is reportedly coated with neonicotinoids—primarily clothianidin and its closely related compound, thiamethoxam.

“Neonics” are more problematic than other chemicals and present unique threats-

When used as a coating on seeds, only 1.6-2.0% of the active chemical actually enters the crop itself, leaving the remainder to pollute the nearby environment. Neonicotinoids are also commonly used in backyard gardens, lawns, and turf. These pesticides are extremely persistent and can accumulate quickly in soil. Their half-lives can vary widely according to soil type and weather conditions, but are extremely prolonged, and can exist in the environment for up to 19 years.

Neonicotinoids are not necessary for agriculture-

In 2009, in response to widespread bee kills, Italy’s Ministry of Health suspended the use of two neonicotinoids, clothianidin and thiamethoxam. In 2012, the European Food Safety Authority issued a report noting that Italy’s suspensions had been effective in reducing bee kill incidents. It also noted that there was no evidence that the suspensions caused economic hardship for farmers. In fact, Italian corn farmers have not seen serious pest attacks on untreated seed and have maintained their yields.

Center for Food Safety and Pollinators:

Center for Food Safety has been heavily involved in the effort to protect pollinators, and our food supply, from these harmful chemicals.  In March 2013, CFS filed a lawsuit on behalf of several beekeepers and public interest groups against the EPA, seeking suspension of the two most toxic neonicotinoids and charging that agency’s overall handling of the chemicals has been flawed and unlawful.

CFS has also pushed for stronger action from Congress through the introduction of the Save America's Pollinators Act. This past spring, CFS and partner Beyond Pesticides launched their BEE Protective campaign to stimulate community level engagement through pollinator-friendly habitats and community resolutions.

Center for Food Safety is a national, non-profit, membership organization founded in 1997 to protect human health and the environment by curbing the use of harmful food production technologies and by promoting organic and other forms of sustainable agriculture. CFS represents more than 325,000 members across the country and maintains offices in Washington, D.C., San Francisco, California and Portland, Oregon. More information can be found at www.centerforfoodsafety.org.