The Root of the Rootworm Problem: What a Tiny Beetle Can Tell Us About Our Broken Agricultural System

By: Doug Gurian-Sherman, Senior Scientist and Director of Sustainable Agriculture 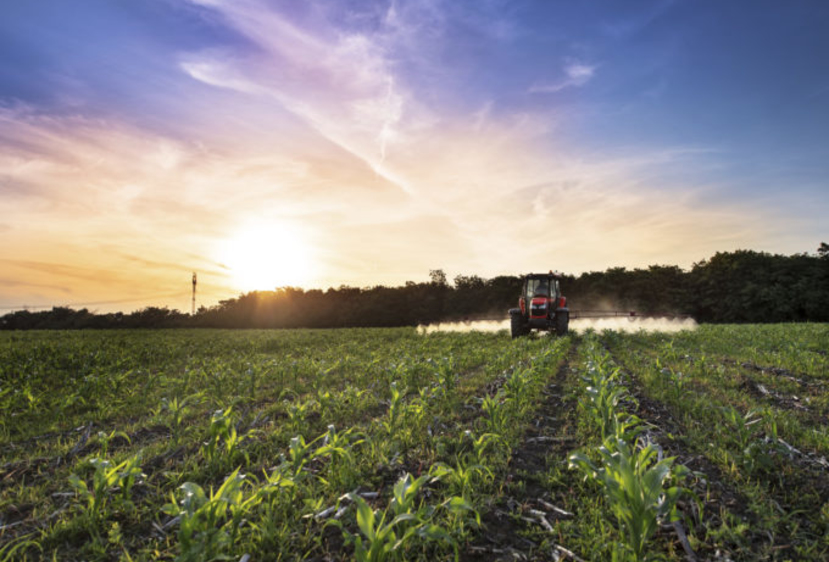 The re-emergence of the corn rootworm due to pesticide resistance reflects a broken cycle of pests and pesticides, and a broken agricultural system.

A recent article in The Progressive Farmer sounded an alarm about the re-emergence of the corn rootworm, a beetle was once called the “billion dollar pest” due to the big impact it has had on valuable corn crops and the costs farmers have racked up trying to control it.

In recent months, the rootworm has caused damage in fields planted with Bt corn, which is engineered to kill the pest, and, as the Progressive Farmer article points out, has “long been a stronghold against rootworm damage for Corn Belt farmers.” These Bt seeds are just the latest in a long list of engineered seeds that have failed to stand up against the rootworm, “which has now officially shown some level of resistance to every rootworm Bt protein on the market.”

While this is clearly an immediate problem for commodity farmers, it also points to a much larger, systemic failure of genetic engineering technology to change farming—and control pests—in ways that are fundamentally more sustainable. In fact, it can be argued that genetic engineering has actually exacerbated the huge failures of industrial monoculture farming.

Given the challenges involved with controlling rootworm, conventional farmers have welcomed the advent of engineered Bt genes designed to control the insect, beginning with a Monsanto version in 2003. Since the Bt gene was built into the plant’s genetic material, it saved farmers the time they would have devoted to spraying insecticide. And that might have reduced their exposure to those chemicals as well.

Unfortunately, reports of rootworm damage in Bt corn started surfacing within a few years, suggesting rootworm resistance to Monsanto’s Bt, although the company denied it. Stonewalling by Monsanto delayed what might have been an effective action to slow the spread of resistance, but would have likely come at the cost of reduced sales of Monsanto’s expensive seed. Then resistance was formally confirmed in 2011.

Meanwhile, other companies had introduced several other types of Bt genes to control rootworm. This gave farmers a reprieve from the pest, but it was short-lived. Soon it was discovered that some of the rootworms that were resistant to Monsanto’s trait were also cross-resistant, and the billion dollar pest reared its head again. That left a single Bt, from Syngenta, that remained universally effective—until now. New research strongly suggests that rootworms are now developing resistance to this last bulwark of engineered protection.

Why did Monsanto drag its feet in the identification of resistance, delaying action, when it might have helped the company preserve the efficacy of its products? Certainly it didn’t want to see the gratuitous loss of these traits, which were costly to develop.

On the other hand, the company likely understood that it would soon lose market share, as other companies would develop similar products. And acknowledging resistance would likely have involved reduced use (read: sales) in affected regions. So Monsanto prioritized its desire to increase short-term sales to maximize profit before competition or regulatory restrictions encroached—at the expense of sustainability.

In another example, in 2003, a majority of expert scientists convened by EPA, advised the agency to require that 50 percent of corn be set aside as a “refuge” without the GE rootworm Bt, to help prevent or delay resistance. A minority of scientists and the seeds industry argued that only a 20 percent refuge was needed (the larger refuge would have reduced short-term sales for Monsanto). Against the more protective majority recommendation, EPA sided with the industry. The result has very likely been a more rapid development of rootworm resistance against Monsanto’s product, and the other Bts that are now falling like dominoes.

To illustrate that this is not an isolated phenomenon, we can look at crops engineered to be resistant to the herbicide glyphosate (i.e., roundup). Monsanto argued vigorously that unlike with other herbicides, resistance to glyphosate was unlikely, and—contrary to good practice—encouraged farmers to spray it to their hearts’ content. The company even placed advertisements in the farm press to this effect. All this was severely criticized and opposed by academic weed scientists, who, needless to say, were spot on in their criticism.

All of this is reminiscent of the long-recognized “pesticide treadmill” wherein farmers have to keep adopting new insecticides often, just to keep pace with the evolving pests. When scientist and author Robert Van den Bosch, the author of The Pesticide Conspiracy, wrote about this phenomenon in 1978, he was mercilessly hounded by the pesticide industry, much as was Rachel Carson before him.

Genetic engineering was supposed to solve these problems. So what has gone wrong?

The Inconvenient Truths of Industrial Agriculture

The larger context here is the role of industrial agriculture in exacerbating dependence on insecticides and fostering higher levels of resistant insects. Growing large acreage of the same or just a few crops—as is often the case with corn, soybeans, and wheat—is widely understood to encourage high rates of pest infestations. Pests that are well-adapted to a crop will often multiply if that crop is grown year after year without a break. This actually results in lower yields than would occur otherwise when crops are rotated (alternated each year).

The rarely-discussed truth of the corn rootworm problem is that, in most places, simply growing other crops in rotation with corn largely eliminates the need for either chemical insecticides or Bt, and provides higher yields (except in places where industrial corn-soy crop rotations have led to rootworms resistant to crop rotation itself).

Instead, the main GE crops have been associated with increasing industrial monoculture agriculture, where single crops are grown repeatedly. This system also supports larger farms that are more dependent on monocultures. And it results in higher dependency on pesticides, locking farmers into buying these and other harmful products.

At the core of this broken cycle of pests and pesticides is a broken agriculture system, supported by companies that lobby heavily for farm policies against the interest of the public and the environment. Until we confront these issues—and begin to see them as our collective problem and not just a problem for farmers—and work to change the policies and other structures that prop this system up, we may never get at the root of the rootworm problem or others like it.

This article was originally published on Civil Eats.

When we think about seeds, the images we most often conjure are simple, comforting and tangible &am…Read More