How Moby became our BEE man 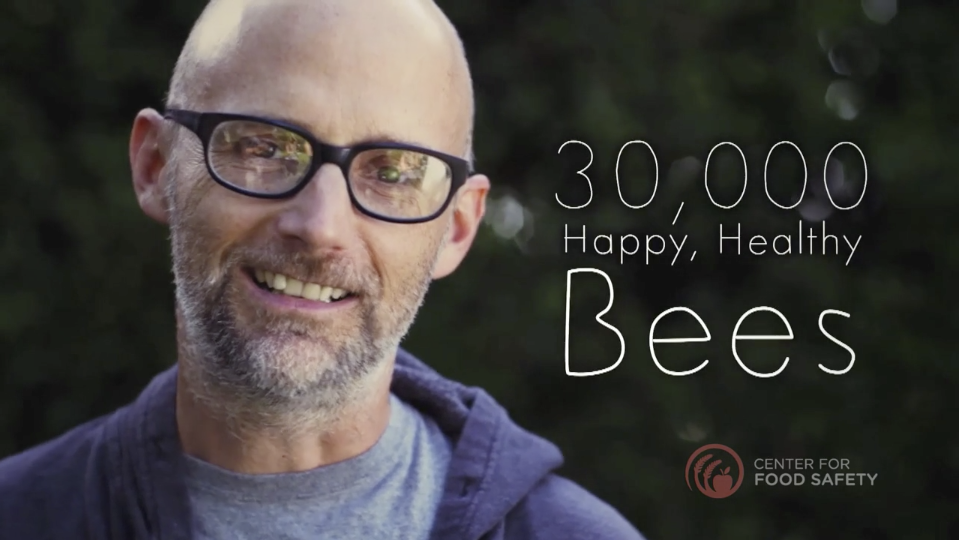 There are many things I wish you could know about Moby.

To start, he’s one of the most generous people I know. He opens his home, gives from his heart, and shares his wisdom and experience freely.

On numerous occasions, I’ve been struck by how smart, creative, meticulous, spiritual and environmentally conscious Moby is. He’s super fun to hang out with, incredibly funny, a critical thinker, a curious question-asker, a great listener, a vegan, and a brilliant photographer. Oh yeah, he also happens to be a multi-platinum, Grammy nominated musician and DJ, too.

My first experiences of Moby were in my late teens. I literally listened to his album “Play” on repeat, and his song “Porcelain” hundreds of times (No exaggeration. Hundreds). His music offered me solace, inspiration, connection and a feeling of being understood. In the decade plus since “Play” was released, I have remained a fan and have used his music (mobygratis.com) on many film projects. 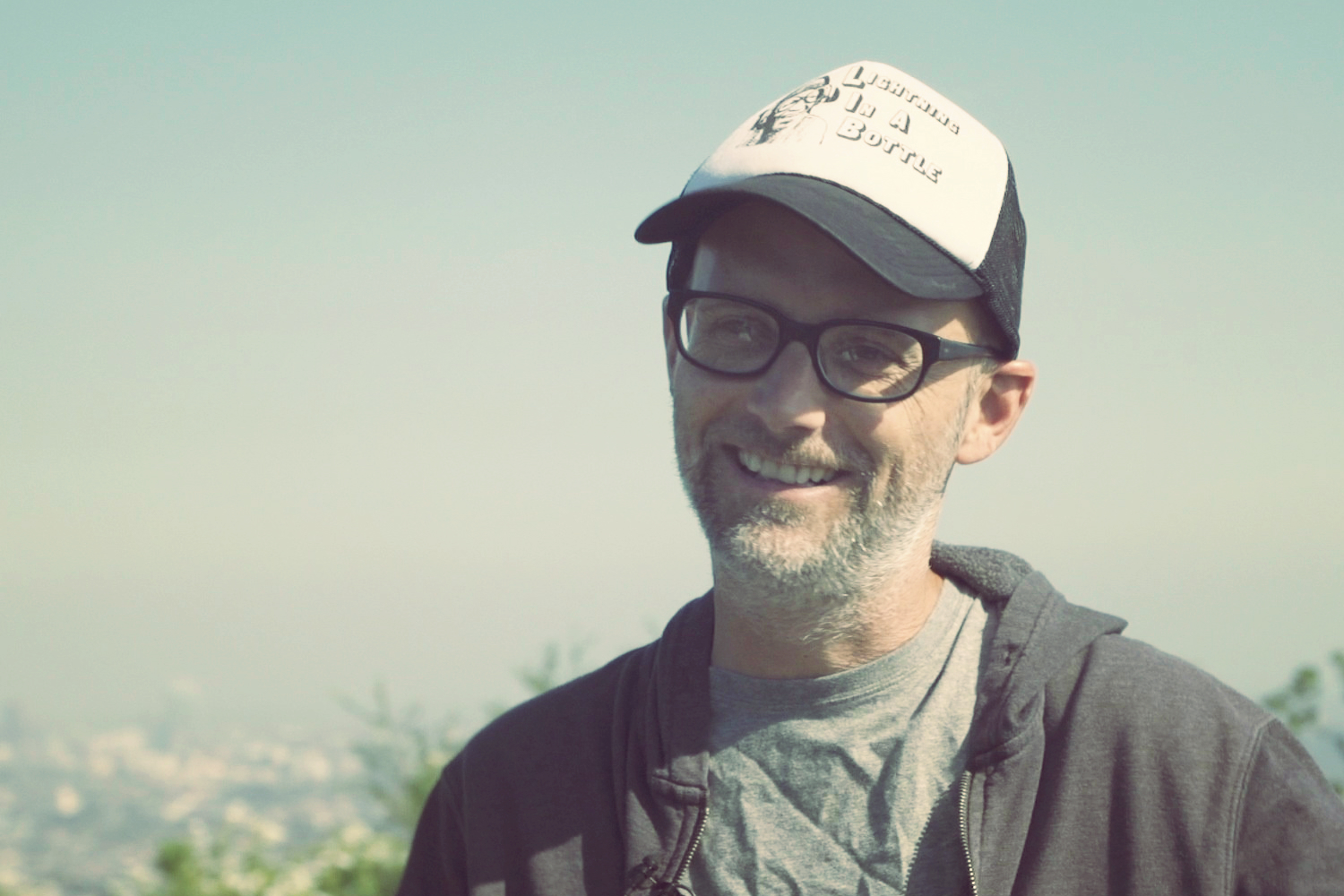 Flash to this past spring.

Elizabeth & Dennis Kucinich, CFS Executive Director Andrew Kimbrell, and I had invited a handful of wonderful, big-hearted celebrities with a passion for the food movement to an intimate dinner at Crossroads restaurant in Hollywood. Moby was one of our guests.

From the first moments Moby arrived I knew I had met not just a musician I deeply resonated with, but a person I respected and with whom I felt a lovely kinship. And I wasn't the only one impressed with his wisdom. As we ate delicious, organic, vegan food Moby shared many insightful observations about the food movement.

The greatest surprise of the evening, which none of us had known about, was that Moby had a thing for… bees.

We had a collective jaw-dropping moment as Moby told us how his Los Angeles home had become a refuge to an estimated 30,000 bees. This was an amazing personal story, and of an issue that is a big part of our work at CFS. So we had to tell it.

Two days later, I was back in D.C. when I received an email. The body of the email read, “No colony collapse here” and was accompanied by a short video of Moby's backyard bees buzzing away in flower bliss.

I couldn't wait to get this happy portrait on camera. 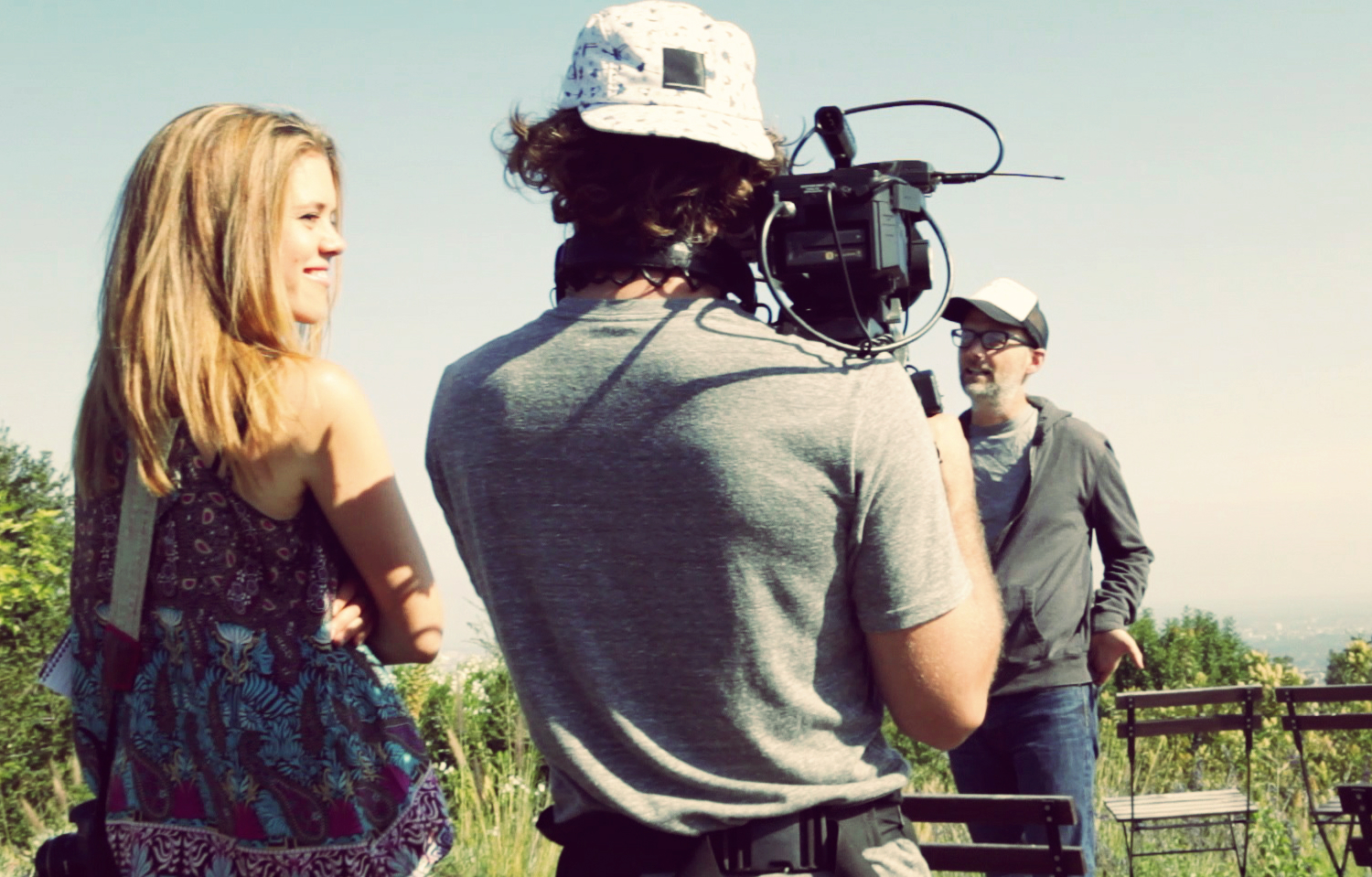 Back in LA a few weeks later, videographer Erik Lang and I visited Moby's home to capture the story he had wowed us with at dinner.

As Moby walked us around his property, one of the things that impressed me most was not just how knowledgeable he is about bees, but how conscious and kind he is in his desire to support them.

He grows plants that bees love, like lavender, echium and rosemary. He avoids using toxic pesticides that would threaten their happy, healthy existence. He goes out of his way to steward the well-being of this critical pollinator. 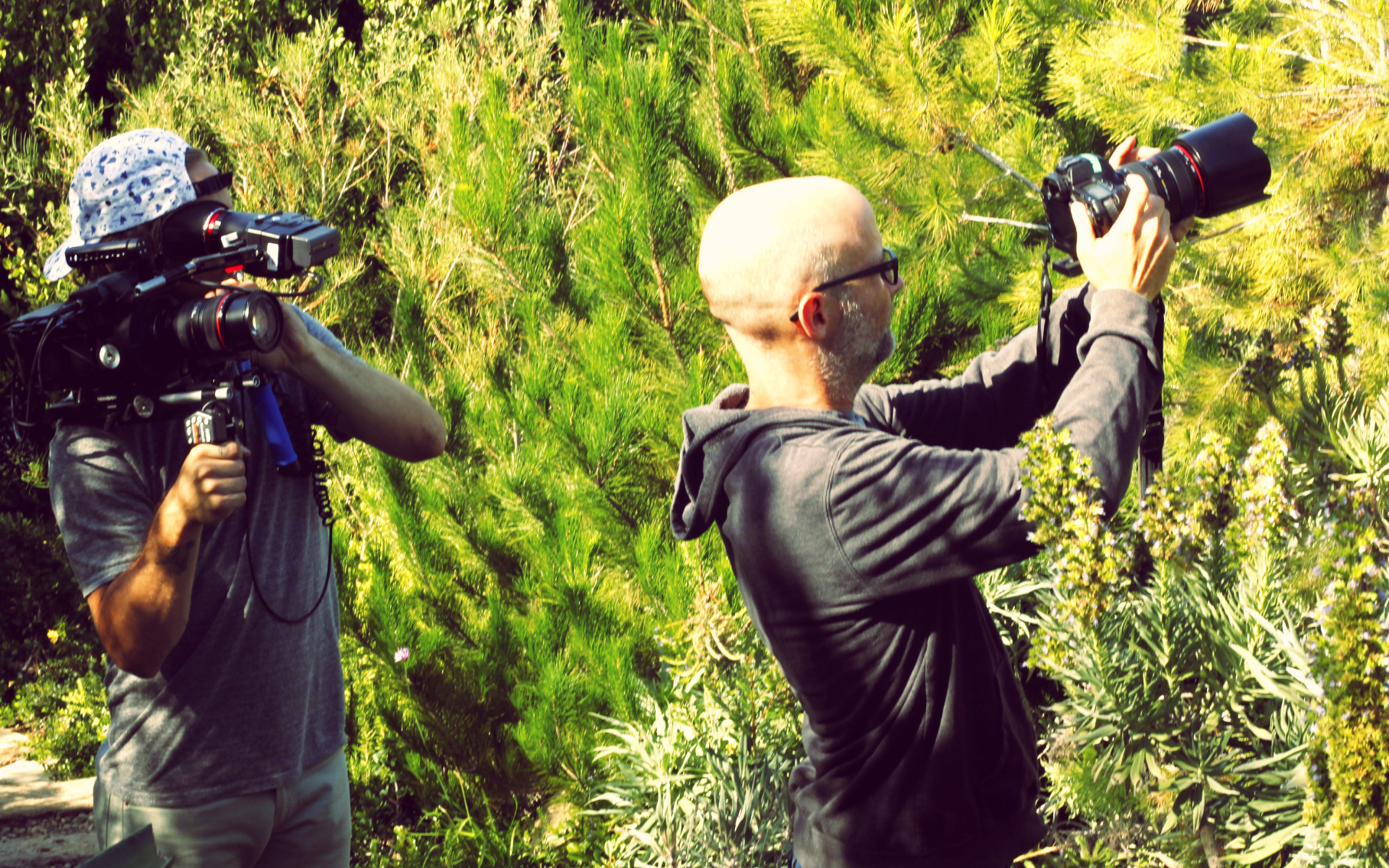 If you’re anything like I was (before I was educated on bees), you might think bees are just another curious insect, relatively inconsequential to your every day life. At worst you’ve been scared by bee sting stories and see them as something to be swatted at and avoided.

But they are incredible creatures. In fact, they are critical to pollinating our foods (meaning spreading the pollen that allows food to grow). Bees are nature’s masterpiece at work. Without them we would be in big trouble. Moby understands that. And thanks to his passion, I think others can too.

I hope you enjoy this inside look into Moby's life, his story, and the little tidbits he offers on how you can help the bees.  And if you’ve never given yourself the gift of listening to his music, make sure you do that too. You’ll thank me.

Moby, from all of us at Center for Food Safety, THANK YOU for being a spokesperson for the bees. 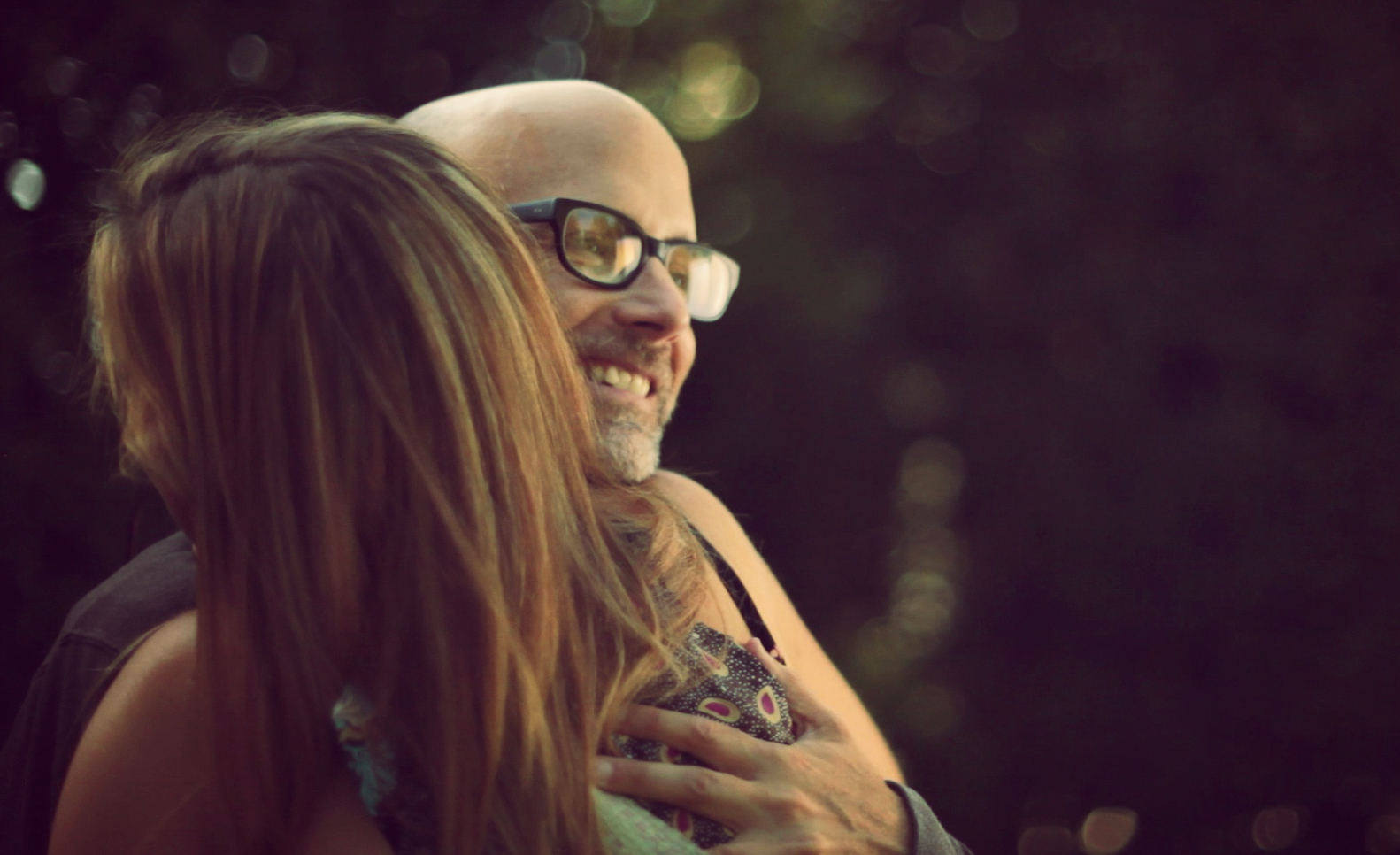 Center for Food Safety’s Hollywood Food Voices is a video series to engage the voices of informed celebrities with a passion for food, environmental health, and justice. 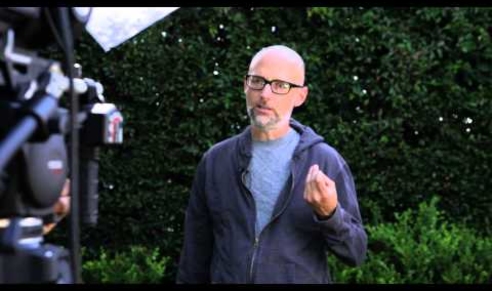 Behind the Scenes with Moby