Bernie the Bee Leads March on EPA; Delivers Half a Million Signatures Asking for Protections for Pollinators 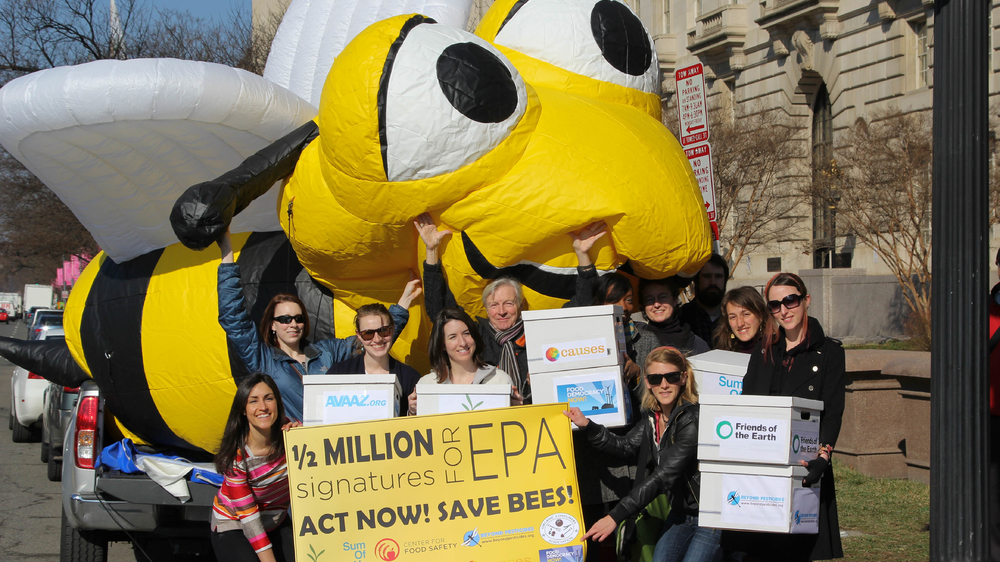 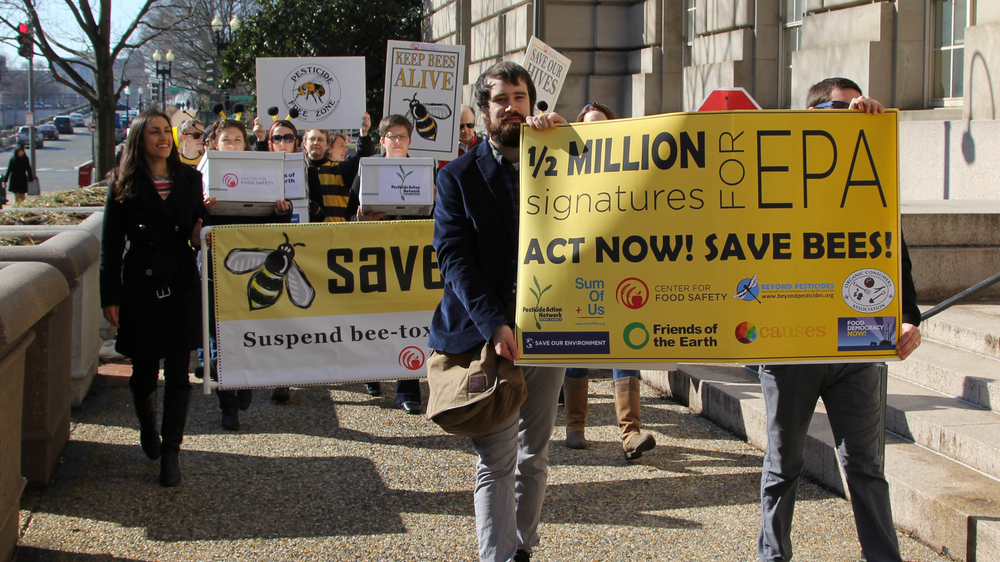 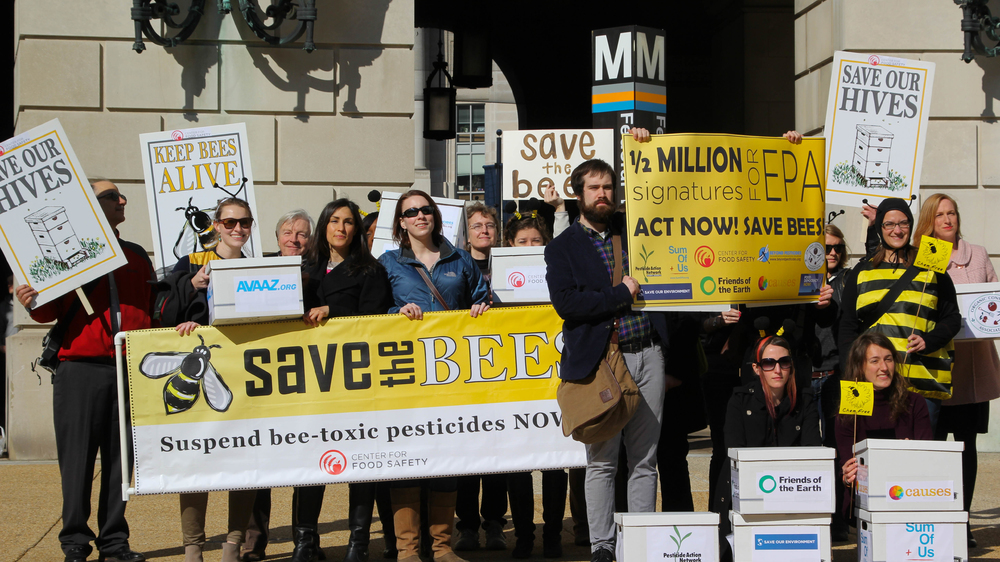 Bernie the Bee visited Washington DC this morning delivering more than half a million petitions to the Environmental Protection Agency (EPA) demanding the agency do something to protect bees and other pollinator species.

Bernie and his group of supporters came with a message. EPA needs to get back to its most basic mission: protect the environment. Over the course of the past few decades, EPA has been veering further and further off course. Instead of  “contribut[ing] to making our communities and ecosystems diverse, sustainable and economically productive,” they appear more focused on protecting the interests of chemical industries, like Monsanto, Bayer, Dow Chemical and Syngenta, to name a few.

Today, it was made loud and clear to EPA that we’ve all had enough!

Pollinators like honey bees are excellent gauges for the health and well-being of our environment.  They are an indicator species; when they are suffering, it is symptomatic of larger environmental problems. In this case, pollinators are threatened by the onslaught of toxic, systemic chemicals. One of the worst kinds of pesticides for pollinators is a class of insecticides known as “neonicotinoids” (“neonics” for short).

Over the past decade, neonics have been increasingly linked to severe bee losses around the world. They are extremely toxic to pollinators, such as honey bees, and have been found to harm a range of species from birds, to aquatic invertebrates and other beneficial insects. Neonics take a long time to break down and therefore build up in the soil and run off into groundwater and surface waters – compounding the environmental impacts over the long-term.

Unfortunately, our government agency that is charged with protecting us from precisely these types of harms is failing to see the smoke signals from pollinators in distress. Study after study shows the toxic effect of neonics, but EPA has turned a blind eye and continues to approve even more uses of systemic chemicals. Recent estimates suggest that there are over 500 different neonic products on the market. In the U.S., these chemicals are used on the majority of corn, canola, cotton and sugar beet crops; about half of all soybeans; the majority of fruit and vegetable crops; as well as cereal grains, rice, nuts, and wine grapes.

EPA has lost its direction. Thankfully, environmentalists, beekeepers, and concerned citizens are working together to steer them back on course. In that spirit, we joined Bernie and delivered more than half a million signatures to EPA headquarters in Washington, DC this morning demanding that the agency take action to save our bees.

The public is calling on the EPA to get back on the right track: we’re asking them to act now, suspend these toxic chemicals, and protect pollinators and our environment. Lately, the agency has been dragging its feet, saying it won’t even complete its review of neonics for at least another 4 years! It would be a miracle if there were any healthy bees left by then.

This isn’t the first time we’ve knocked on EPA’s door and asked them to step up and protect pollinators. In fact today marks the one-year anniversary of the lawsuit that Center for Food Safety filed against EPA on behalf beekeepers, food and environmental groups over the continued allowance of two of the most potent neonics. It also marks the two-year anniversary of the legal petition filed against the agency on this same pressing issue.

Fortunately, where action from our federal agencies has been lacking, Congress and even individual states have stepped up and taken independent action to protect pollinators. In July 2013, following the largest bumblebee kill in history occurred after  neonics were applied to blooming trees, Representatives John Conyers (D-MI) and Earl Blumenauer (D-OR) introduced the Saving America’s Pollinators Act, which would suspend the use of the four most toxic neonics. There are also several states including California and Minnesota that have introduced legislation to suspend uses of neonics. And this month, Eugene, Oregon became the first city in the country to take action and ban the use of neonicotinoids on city property.

The plight of pollinators is becoming a top priority all across the country.  It’s past time for EPA to show us (and Bernie!) it is capable of protecting the environment. Our environmental agency must step up and save pollinators from the lethal effects of pesticides.