The Invisible Danger to Bees: Are Your "Bee-friendly" Plants Laced With Bee-killing Toxins? 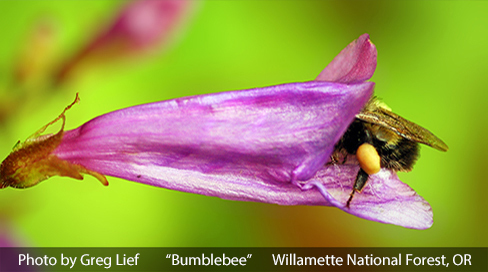 This past year may have been one of the worst for honey bees, bumble bees and other pollinators. Between the 40-100% losses many commercial beekeepers reported across the country, to the largest ever recorded bumble bee kill in an Oregon parking lot a few months ago, it’s not looking like a good year for the bees. And just when you thought you could at least do your part and help them out by planting some “bee-friendly” plants in your backyard or garden, a new report by Friends of the Earth this week reveals you may be doing more harm than good for our plummeting pollinators. The new report, “Gardeners Beware: Bee-Toxic Pesticides Found in ‘Bee-Friendly’ Plants Sold at Garden Centers Nationwide” highlights results from a first-of-its-kind pilot study which found that 54% of common garden plants purchased at top retailers including Lowe’s and Home Depot contained bee-toxic pesticides, with no warning to consumers.

The samples of the garden plants used for testing were purchased at leading retailers in Washington DC, the San Francisco Bay area and Minneapolis. Unfortunately for all of us looking to do our part in protecting the bees and providing them with healthy and diverse forage options, the test results and high percentage of pesticide-contaminated plants suggest that our well-intended actions may actually be poisoning pollinators.

The pesticides that were identified in these purportedly “pollinator-friendly” plants (as in, plants that are commonly identified as attractive to bees or beneficial to pollinating insects) were from the neonicotinoid class of chemicals, which, as we and many others consistently argue, likely lie at the center of many bee declines around the world. Neonicotinoids, or “neonics” for short, are the most widely used insecticides in the world, and their sales are now worth billions of dollars a year. They are highly toxic to bees and other pollinators, and their use can either kill species outright or can build-up in their systems and end up causing debilitating chronic effects.

Neonics are very long lasting and the chemicals can accumulate quickly in the environment, which has recently started to raise concern about harmful impacts to aquatic invertebrates, birds, and beneficial insects. For this reason, among numerous others, scientists, activists and environmental and consumer interest groups have warned of their likelihood to start a second silent spring.

From 2009-2011, over 3.5 million pounds of neonics were applied to roughly 127 million acres of agricultural crops annually across the United States. But as the new Gardeners Beware report highlights, it is not just the agricultural uses of neonics that are threatening pollinators and the environment. Many gardeners and homeowners, left in the dark by retailers failing to label or identify these plants as pre-treated with pesticides, may also be contributing to the plight of pollinators.

Upset? Frustrated? Rather than heading outside and ripping up your entire garden in desperation, there are a few other things you can do right now to help alleviate this frightening problem:

In March, Center for Food Safety (CFS) filed a groundbreaking lawsuit in Federal District Court against the Environmental Protection Agency for its failure to protect pollinators from these dangerous pesticides.  The coalition of beekeepers and environmental groups, represented by CFS attorneys, seeks suspension of the registrations of insecticides that have repeatedly been identified as highly toxic to honey bees, clear causes of major bee kills and significant contributors to the devastating ongoing mortality of bees known as colony collapse disorder (CCD).  The suit challenges EPA’s ongoing handling of “neonic” s pesticides as well as the agency’s practice of “conditional registration” and labeling deficiencies.

CFS has also been working on landmark legislation introduced by Representatives John Conyers (D, MI) and Earl Blumenauer (D, OR) that would suspend the use of four systemic neonics linked to bee deaths. The law bill would also compel the Environmental Protection Agency (EPA) to conduct a full review of the scientific evidence before letting other neonicotinoids on the market.

Want to read more about CFS’s work on pesticides and pollinators? Read our other posts:

-Pesticide Companies Choose Spin over Solutions
-Can We Learn from the Bees in Time to Save Them?
-The Buzz from National Pollinator Week
-EPA Report on Bee Health Reveals Serious Flaws in Review of Pesticides, Yet Agency Refuses to Take Action