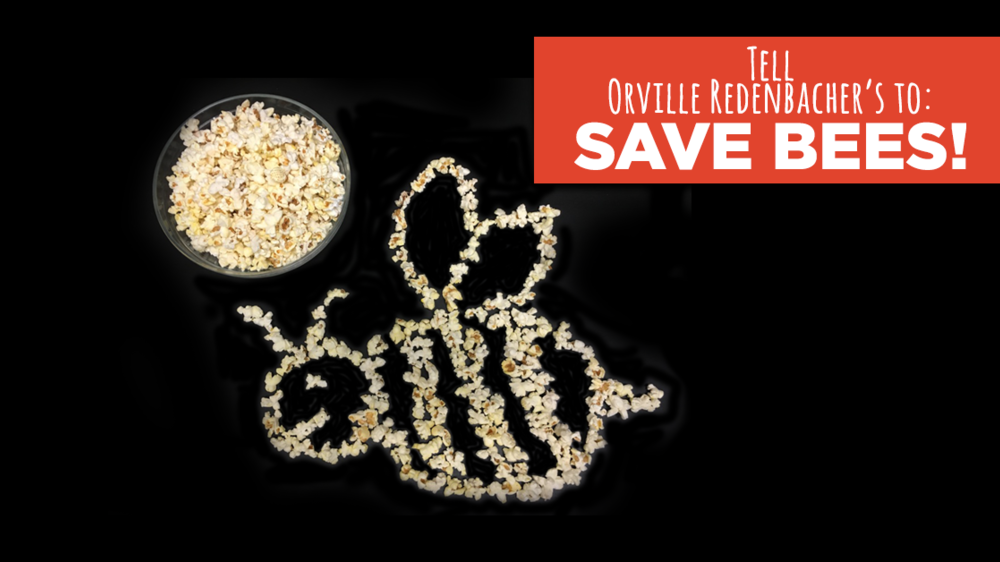 It’s no secret we love popcorn: Americans consume more than 16 billion quarts of popcorn each year. But we’re getting more than we bargained for in all those bowls of popcorn: bee-toxic pesticides called neonicotinoids, or “neonics.”

Neonics are the most widely used insecticides in the world. What makes them different from most pesticides is that they are systemic chemicals, meaning they disperse throughout the treated plant, rendering the whole plant toxic. Just as alarming, neonics are shown to last in the environment for years, harming species that the chemical was not designed to kill—like bees, butterflies, birds, and other helpful insects.

The largest single use of neonicotinoids is as a seed coating for annual field crops (like corn, soy, canola, and wheat). Researchers estimate that 79-100% of all corn seed grown in the United States is coated with one or more neonic chemical, and popcorn is no exception.

That’s why we’re calling on Orville Redenbacher, the biggest brand in the popcorn industry, to urge them to source their popcorn from seeds that are NOT coated in these harmful chemicals.

Orville Redenbacher will not be alone in taking action against neonics: