CFS scored another huge legal victory! As a result of our lawsuit against..."/>

CFS scored another huge legal victory! As a result of our lawsuit against..."> 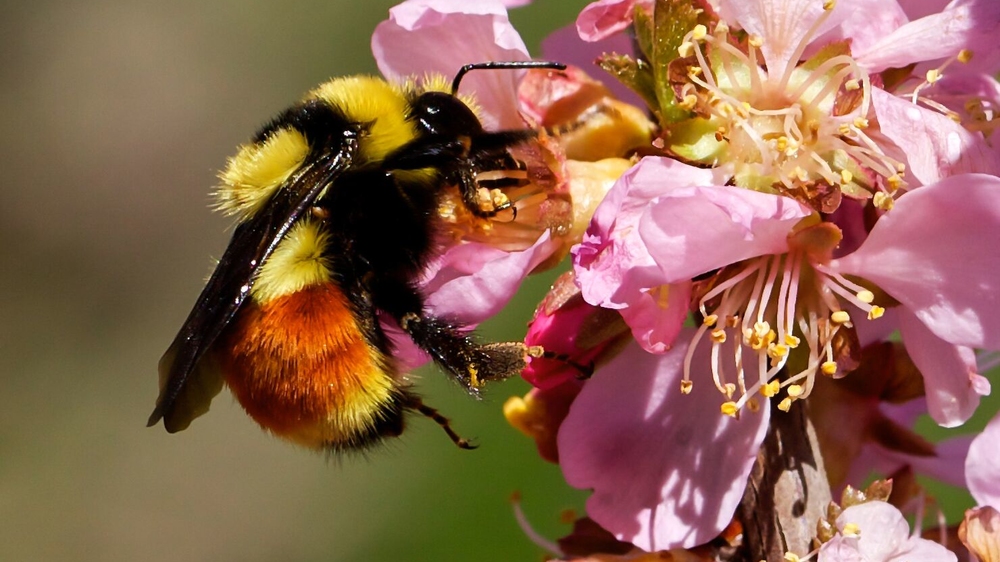 CFS scored another huge legal victory! As a result of our lawsuit against EPA, 12 toxic, bee-killing "neonic" pesticides will soon be withdrawn from the market!

Neonicotinoids (neonics) are a relatively new class of insecticides, related to nicotine. These pesticides interfere with the nervous system of insects, causing tremors, paralysis, and eventually death at very low doses. Numerous scientific studies have demonstrated that exposure to neonics is one factor in the decline of bee populations around the world over the last decade or two.

Unfortunately, neonics are now the most widely used insecticides in the world. They are systemic chemicals, which means neonics are distributed throughout the plant, making the entire plant toxic. Bees and other pollinators are exposed to these toxic chemicals through pollen, nectar, dust, dew droplets on plant leaves, and in the soil where many native bee species nest.

Center for Food Safety (CFS) scored a groundbreaking legal victory when a federal court concluded that the U.S. Environmental Protection Agency's (EPA) approval of dozens of neonic pesticides was illegal. And now:

•  EPA and the pesticide companies announced that they will take a dozen of these bee-killing pesticides off the market this year as a result of our lawsuit.

•  EPA has also agreed to assess neonic impacts on other endangered pollinators and species by specific deadlines.

Both of these announcements are the first time in U.S. history such steps have been required for addressing the impacts of neonic pesticides.

If bees go extinct, so will we. Bees and other insects are needed to pollinate more than one-third of our food, yet many pollinating species are in decline, largely because of pesticides, parasites, and climate change. Their disastrous decline highlights that we are deeply connected to and dependent on the natural world. It's clear that unless we dramatically change our ways—specifically the use of pesticides—our future is in peril too.

Despite this victory, a colossal battle still lies ahead for bees. While neonic pesticides can be applied in many different ways, they are most commonly applied to seeds as a "seed coating" prior to planting. After these coated seeds are planted, some of the toxic neonic is taken up and distributed throughout the growing plant, including its leaves, pollen, and nectar. A large portion, however, is washed off, contaminating the soil and water, and even neighboring wild plants – all of which pose significant threats to foraging or nesting bees.

Shockingly, EPA has never regulated these coated seeds as pesticides. That's why in 2017 CFS also filed a new legal action against EPA demanding that these damaging coated seeds no longer escape regulation. And recently, we submitted thousands of member comments from passionate CFS members (like you!) in support of our legal petition to the EPA. Thanks for standing with CFS to protect bees!

That's not all we've got planned. We have another legal action demanding that EPA assess the  pesticide formulations that farmers and homeowners actually use, which are mixtures of multiple ingredients and are often more toxic than the single "active ingredient" that the Agency assesses under current practice. Additionally, we have notified the Trump administration that in 2019, we intend to sue the U.S. Department of the Interior and the U.S. Fish and Wildlife Service for suddenly reversing a 2014 decision prohibiting neonics and genetically modified crops on national wildlife refuges. On the federal policy front, CFS has endorsed the Protect our Refuges Act of 2019, which would reinstate this important rule and once again ban the use of neonics in our national refuges.

Center for Food Safety also just launched the Wild Bee ID website and phone app to help you identify bees and tips on creating bee-friendly gardens in your backyard.  Now we can all take action in our own backyards or balconies to help conserve these essential pollinators! The app is easy to navigate, visually engaging, and highly informative, making it the ideal tool for students, home gardeners, and bee-enthusiasts of all ages! Download the free Wild Bee ID app today!

With you by our side, we are on our way toward a seminal victory of removing a dozen of these bee-killing pesticides, and many more efforts to protect pollinators and human health!

As always, check out our action center for more actions you can participate in.