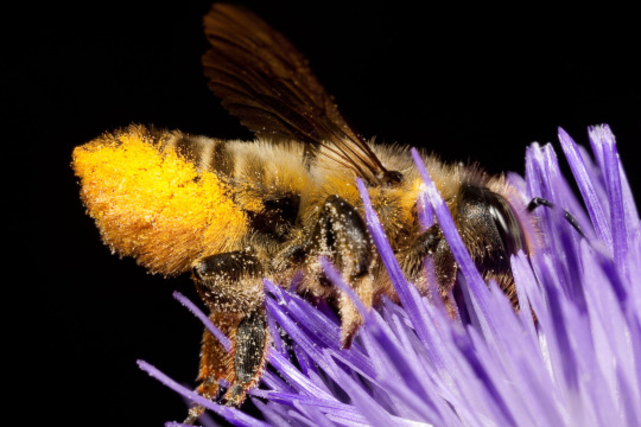 The White House Pollinator Health Task Force has laid out a federal strategy plan to protect bees, butterflies and other pollinators. These species are immensely valuable to our agricultural economy, our own health, as well as our overall environmental health. Center for Food Safety has been working hard on this issue for several years now, filing lawsuits, advocating for stronger policies to protect these species, and spearheading grassroots campaigns. Here are our top five takeaways from this long awaited announcement.

1) They can talk the talk, but can they walk the walk? The White House Task Force (WHTF) announced a number of good ideas, but the plan lacks definitive actions. Its ”strategy plan” is largely a plan for communications, outreach, and research – it has very few concrete steps aimed at protecting pollinators in the short-term, especially  from the unique risks of systemic, highly persistent insecticides like neonicotinoids. Some of their ambitious goals include:

In theory, this all sounds great (who wouldn’t want reduced honey bee losses and greater monarch numbers), but we can’t achieve these goals without taking strong action now on pesticides. The next few points explain why.

2) Habitat, habitat and more habitat. The plan focuses heavily on creating pollinator habitat but ignores the strong potential for those areas to become contaminated with bee-toxic pesticides. Government agencies and private corporations can’t just plant more wild flowers and expect pesticides that last for years in soil to simply stop being a problem. For example, the guidelines for creating habitat on Federal Lands weakly encourage officials to “try to keep portions of pollinator habitat free of pesticide use.” But unless you get rid of them all together, this simply is not possible. Certain pesticides, like neonicotinoids, are highly toxic, long-lasting, water soluble and very mobile – and the White House plan does nothing to prevent them from poisoning future pollinator habitat.

Even if pesticides aren’t used directly on pollinator habitat, there’s still a good chance those plants will become contaminated by toxic pesticides used nearby. As CFS and other groups have consistently pointed out, neonicotinoids can persist for several years after the initial application, and as they breakdown, the metabolites can actually become more toxic. So while pollinators may have more habitat and forage to look forward to, but they’ll be enjoying it at their own risk.

3) EPA finally admits that neonicotinoids pose unique hazards to bees, but that doesn’t mean they’ll take action. In the plan, theEnvironmental Protection Agency (EPA) states, “This pesticide class is differentiated by its unique hazard database for bees, its disposition in the environment, and frequent association with adverse effects incidents, in the United States and elsewhere.” Finally, EPA has come around to what independent, peer-reviewed science has been highlighting for years. Unfortunately, recognizing these unique risks did not translate into specific, immediate actions to address them. Overall, the WHTF failed to take into account the full weight of scientific evidence that indicates that neonicotinoids and other systemic insecticides seriously threaten pollinators and other invertebrates, as well as the broader ecosystems that depend upon them. The plan also ignored extensive new independent science that has demonstrated clear chronic effects, on bumblebees, other native bees, and honey bees.

4) Better practices will save the bees. The WHTF relies heavily on the voluntary implementation of Best Management Practices (BMPs) to reduce adverse impacts of pesticides to pollinators. These mostly revolve around using pesticides “more judiciously,” but there’s a serious problem with that.  First and foremost, there is no such thing as “judicious use” of neonicotinoids because their primary use is as a seed coating on commodity crops like corn, soybeans and wheat. Whole fields are planted with every single seed covered in a neonicotinoid. When it comes down to it, the entire function of a seed coating is to deliver the pesticide to the plant, whether it’s needed or not – there’s nothing judicious about it.

5) Monarchs matter, but not enough to warrant federal protection.  The WHTF plan certainly recognizes the serious threats currently facing monarch butterflies, and specifically highlights the destructive effects of glyphosate-based weedkillers on milkweed plants essential to their survival.  But once again, the plan focuses the majority of its attention on habitat restoration efforts. Sure – improving milkweed habitat will help monarchs, but it really won’t make much of a difference in the end if the agricultural practices responsible for the eradication of milkweed in the first place aren’t also dealt with. Listing monarch butterflies as threatened under the Endangered Species Act (ESA) is the most effective way to ensure their populations rebound to resilient, healthy levels. 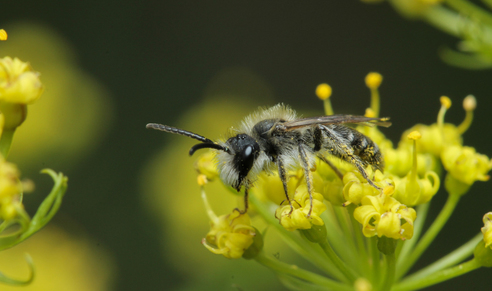