Scientists have identified pesticides as likely to be an important cause of declining pollinator populations and poor pollinator health. 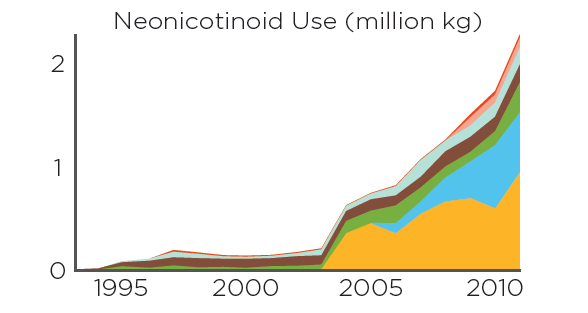 Scientists have identified pesticides—specifically a group of insecticides called neonicotinoids (abbreviated as “neonics”)—as likely to be an important cause of declining pollinator populations and poor pollinator health. Neonics are the most widely used insecticides in the world, and have been repeatedly shown to have lethal and sub-lethal effects on beneficial insects. Despite their importance, the main use of neonics, as crop seed coatings, is not included in official government pesticide use data. Claims by the pesticide industry that insecticide use has dropped in the United States exclude the most widespread use of neonics. This leaves a gaping hole in our pesticide data, and greatly underestimates harm to the environment.