How We can Come Together to Save the Monarchs

Many people have fond memories of monarch butterflies touching different points in their life – whether it was learning about their incredible life cycle and metamorphosis grade school science lessons, tagging and tracking monarch butterflies as part of citizen science projects, or simply witnessing a few moments of their magnificent migration in one’s own backyard. Each year, monarch butterflies undertake a spectacular multi-generational migration of thousands of miles to and from overwintering and breeding areas. Most monarchs east of the Rocky Mountains migrate from southern Canada and the northern United States to the mountains of Mexico, and most monarchs west of the Rockies migrate to coastal California.

Sadly, if it seems like monarch butterflies have all but disappeared as of late, you are right. Monarch butterfly population numbers have declined by 90 percent since the mid-1990s. Their main population is now only one extreme storm away from being wiped out.

The root of the problem is as simple as it is widespread. Monarch butterflies lay their eggs exclusively on plants in the milkweed family. It’s the only food monarch caterpillars will eat, and we’re killing it. The most commonly used agricultural herbicide in the world, glyphosate (sold under the brand name Roundup, among others), is especially detrimental to milkweed. About 20 years ago, Monsanto developed Roundup Ready corn and soybeans that are genetically engineered to be sprayed with glyphosate and use of the herbicide sky-rocketed. This dramatic spike in use of glyphosate has resulted in an annihilation of milkweed in key monarch breeding areas, leading to a stark population decline for the butterfly.

It’s obvious that we need to act swiftly, yet so far, the government has refused to take much-needed action essential for their survival – namely, granting monarch butterflies protection under the Endangered Species Act. In August 2014, Center for Food Safety and the Center for Biological Diversity, joined by the Xerces Society and renowned monarch biologist Dr. Lincoln Brower, filed a petition with the U.S. Fish and Wildlife Service (FWS), urging them to protect monarchs as a threatened species under the Endangered Species Act (ESA).

Listing monarch butterflies as a threatened species is essential to their survival. It would provide strong, national protections for the butterflies and their habitat. It would also lead to a federal recovery plan involving key government agencies and secure adequate funding levels for monarch conservation efforts nationwide.

But the FWS, still slow to act, has failed to respond to the petition or meet legally imposed deadlines in their consideration of ESA protection. So in December, Center for Food Safety and the Center for Biological Diversity filed a notice of intent to sue the Service for its failure. Monarchs are an at-risk species, and if we don’t start protecting them, then they are going the way of the passenger pigeon. The time to act is now.

The monarch butterfly is the canary in the cornfield – it serves as a critical indicator species by highlighting larger environmental problems with our current agricultural system. Many species of pollinators, not just monarchs, are at risk if we don’t address the problems with overuse of pesticides in our agricultural system. Ultimately, this erosion of biodiversity and ecological health affects us as humans, too.  We’re contaminating our rivers and lakes and soil, and a significant portion of our food supply is dependent on the ecological services, like pollination and pest control, that these critical species provide.

You can help monarch butterflies by supporting our petition to FWS to protect them under the Endangered Species Act.

You can also help plant milkweed in your backyard and neighborhood, but remember, it’s important to choose the type of milkweed native to your area – see here to learn more! 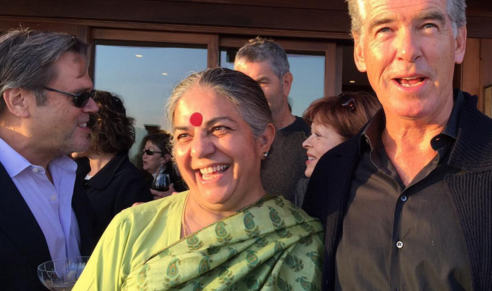 CFS Hollywood harnesses the experience, inspiration, and power of the entertainm…Read More 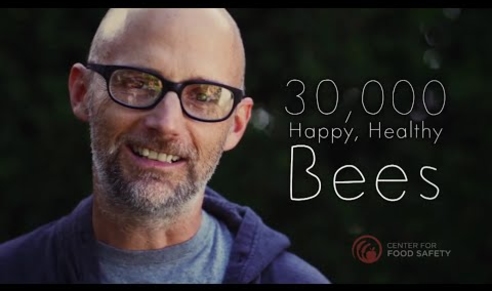 Stand With Moby To Save Our Bees

Join Moby, the award-winning musician, DJ and activist, as he takes us on a tour of his four-acre…Read More 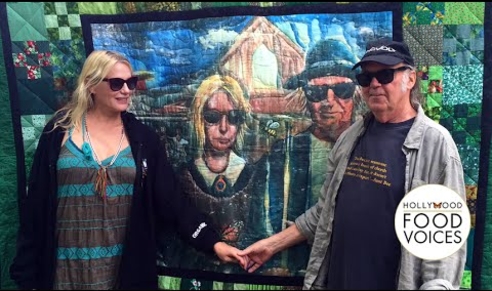 For years, Neil Young has used his voice through his music for social justice issues, working spe…Read More