Agency Finds its Own Assessments Inadequate 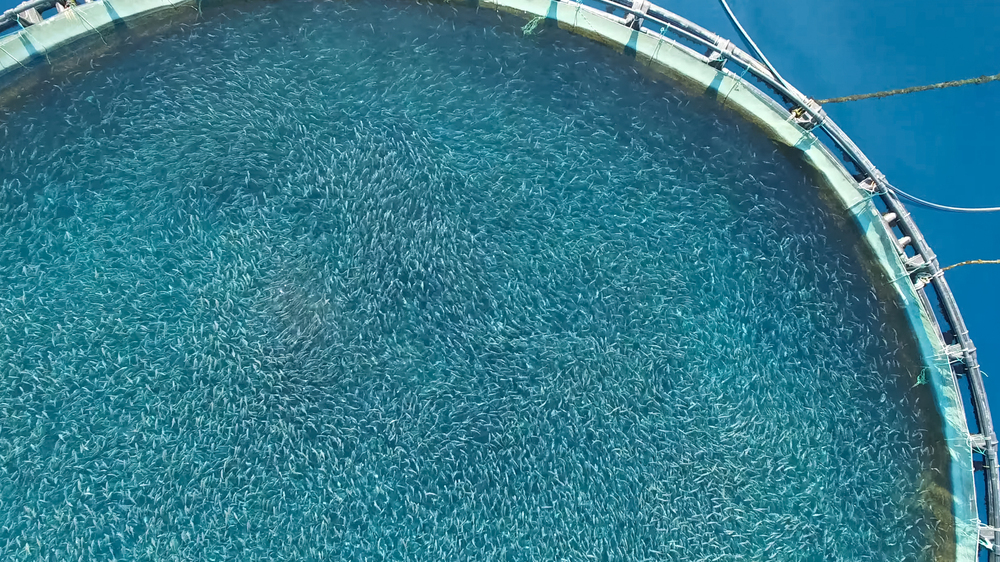 As the U.S. government continues to push for the harmful expansion of offshore industrial aquaculture, new documents obtained by the Center for Food Safety show that the U.S. National Marine and Fisheries Service is censoring and downplaying many key environmental concerns.

Documents produced in response to a May 2021 Freedom of Information Act on a proposed aquaculture management program in the Pacific Islands Region show numerous deletions of officials' concerns about offshore aquaculture's ecological impacts. These concerns originate from industrial aquaculture's dire environmental consequences in state waters and abroad, such as impaired water quality, fish escapes wreaking havoc on ecosystems, harm to marine wildlife, and economic impacts on local fishing communities. These impacts have already resulted in prohibitions on offshore finfish aquaculture in Argentina and Denmark, and bans on nonnative aquaculture in Washington, California, and Oregon. Meanwhile, the U.S. government continues to push for industrial aquaculture, using its authority under numerous statutes that bear no mention of aquaculture nor contemplate its unique socioeconomic and environmental impacts.

The proposed Pacific Islands aquaculture management program serves as just one of the federal government's numerous recent attempts to authorize industrial finfish aquaculture in federal ocean waters. NMFS's authorization for this particular program began in May 2021 with a draft programmatic Environmental Impact Statement (EIS) from the National Marine Fisheries Service (NMFS) evaluating the impacts of opening half of the United States' Exclusive Economic Zone to industrial aquaculture in the Pacific Islands Region.

Numerous groups, including the Center for Food Safety, submitted comments on the proposed Pacific Islands aquaculture management program in August 2021. These comments centered on NMFS's lack of authority to authorize this harmful industry, following Center for Food Safety's victory in the Fifth Circuit finding that NMFS lacks authority to regulate aquaculture as "fishing" under the Magnuson-Stevens Act.

The Center for Food Safety filed a Freedom of Information Act request in May 2021 to gain insight into the Fisheries' Service decision to move forward with industrial aquaculture, despite questionable legislative authority and other countries' catastrophic environmental impacts. The documents, released in batches since July 2021, reveal the depth of those concerns and the internal debate over the impacts of opening half of the United States' Exclusive Economic Zone in the Pacific Islands Region to industrial aquaculture.

Comments seeking to downplay industrial aquaculture's impacts are present throughout early drafts. "REMOVE this sentence as it indicates that [aquaculture] facilities are polluting the environment," one official wrote in response to a suggestion to place facilities far apart to lower the likelihood of cumulative impacts on water quality. Indeed, industrial aquaculture facilities impair water quality through releasing fish feed, feces, pesticides, anti-foulants, fungicides, pharmaceuticals, and escaped fish directly into our oceans.

Other officials debated acknowledging the climate crisis in the programmatic EIS. Discussing oceanic acid levels, one official wrote: "Stronger summary of the connection between pH and ocean acidification needs to be made and should include foreseeable estimates of pH reduction (thereby increasing ocean acidification) projections over the next forty years (given that permits could be issued for 20 years or more)." As the ocean absorbs more carbon dioxide, the pH decreases, rendering the ocean more acidic. And ocean acidification, along with reasonably foreseeable nutrient discharges from industrial aquaculture operations, could increase the occurrence of toxic algal blooms—but this predictable outcome was not included in the Fisheries Service assessments.

In the programmatic EIS, officials also debated disclosing to the public the severe weather events from the climate crisis, which inevitably result in fish escapes. For example, 73,600 salmon recently escaped from a net pen during a storm in Mowi, Scotland in January 2020, 680,000 fish  from Marine Harvest Chile in 2018, 109,515 fish from Bakkafrost Faroe Islands in 2017, 120,000 from Huon Aquaculture in Tasmania in 2018 and approximately 260,000 farmed Atlantic salmon  from Cooke Aquaculture in Washington state in 2017. Fish escapes spread pathogens and parasites to wild fish, compete with wild fish for precious resources, and wreak havoc on ecosystems. One NMFS official, referring to locations in Howland and Baker Island, wrote, "Do you think you should search a little more to try to find some info about the history or potential for extreme weather events at these locations?" These details did not make it into the final draft.

Instead, NMFS removed a requirement in earlier drafts for prospective aquaculture operators to submit documentation evaluating the structural integrity of their systems, "especially in regard to the proposed system's ability to withstand physical stresses associated with the open ocean and storm events." In one area, an official suggested mapping wave events that might harm the structural integrity of facilities in storms, but again this cautionary note did not make it into the final draft.

Fisheries Service officials also debated whether to assess impacts on certain species of federally protected wildlife throughout the Pacific Islands region (PIR). In several areas in the PEIS, officials suggested adding descriptions of species in the region that could be impacted, such as hammerhead and silky sharks, that were never added; others insisted on disclosing to the public species observed in areas of the PIR but once again these were not mentioned. For example, earlier drafts included descriptions of numerous other whale species in Hawaii, such as the sei whale, references that were removed in the final version.

On fin whales, one official insisted: "We've actually had an observed Fin whale interaction with [longline] gear in HI in the last ten years, and I think a few more sightings." Yet the only mention of fin whales in Hawaii ignores these dangerous interactions with fishing gear and downplays any concerns, stating simply: "There have only been a few sightings of fin whales in Hawaii waters." Another official removed information about an entanglement incident involving a Sei whale altogether. One official noted (and provided documentation) that in the American Samoa region alone since 2017, there have been ten observed interactions of green sea turtles, two interactions of Hawksbill sea turtles, and four with olive ridley sea turtles—but again, none of this information  survived drafting.

Conflicts Over Impacts on Wild Fish

One official also encouraged assessing aquaculture facilities' tendency to attract federally protected wildlife, rendering entanglement and vessel strikes more likely. "I'd like to add in something about monk seals being attracted to the pens in BOM, but nothing's currently published about it yet," the official noted. Predictably, this precautionary information was not disclosed in the final programmatic EIS.

Records also reveal internal conflict over whether to allow industrial aquaculture in Marine Protected Areas. One official commented that aquaculture could be allowed even in federally protected areas where commercial fishing is prohibited. But another official disagreed: "The assumption that since fishing is allowed, aquaculture would be allowed as well is a poor, and very likely a totally inaccurate connection."

One official acknowledged the lack of assessment regarding impacts on recreational fishing. The official warned that "gear conflicts with sited aquaculture areas could pretty much be guaranteed" if "ports and ocean areas of high recreational fishing activity are not considered in this EIS"—those areas were not considered. The same official noted that "recreational charter business landings are substantial, and should be fully considered, economically, ecologically, and spatially." None of the official's recommendations survived the drafting process.

Records also show that Fisheries Service officials remain uncertain about their authority to authorize this brand-new industry. The issue of NMFS's lack of authority to permit industrial aquaculture in the Exclusive Economic Zone came to a head in September 2018 when the Eastern District of Lousiana ruled that NMFS cannot use its authority to regulate "fishing" under the Magnuson-Stevens Act to regulate aquaculture in federal waters. The court rejected the Fisheries Service's attempt to permit a novel aquaculture scheme in the Gulf of Mexico based on its authority over "fishing," concluding that the Department of Commerce "acted outside of its statutory authority in shoehorning an entire regulatory scheme into a single unambiguous word." [Gulf Fishermens Ass'n v. Nat'l Marine Fisheries Serv., 341 F. Supp. 3d 632, 642 (E.D. La. 2018).] In August 2020, the Fifth Circuit affirmed that ruling. [Gulf Fishermens Ass'n v. NMFS, 968 F.3d 454 (5th Cir. Aug. 2020).]

The NMFS' final published programmatic EIS still asserts authority under the Magnuson-Stevens Act. But early drafts show that the Fisheries Service was aware when assessing the massive industrial aquaculture program that the Magnuson-Stevenson Act may not provide authority to permit an unlimited number of industrial finfish facilities. One official described references to this law as "something to minimize where possible in case we lose the Gulf case," to draw attention away from the Fisheries Service's authority to permit this unregulated industry. 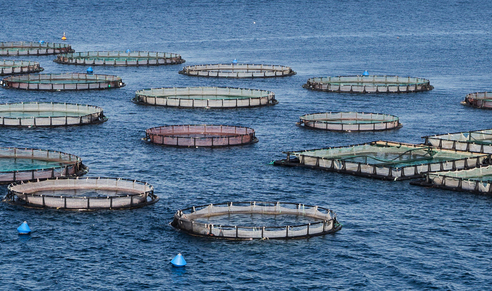