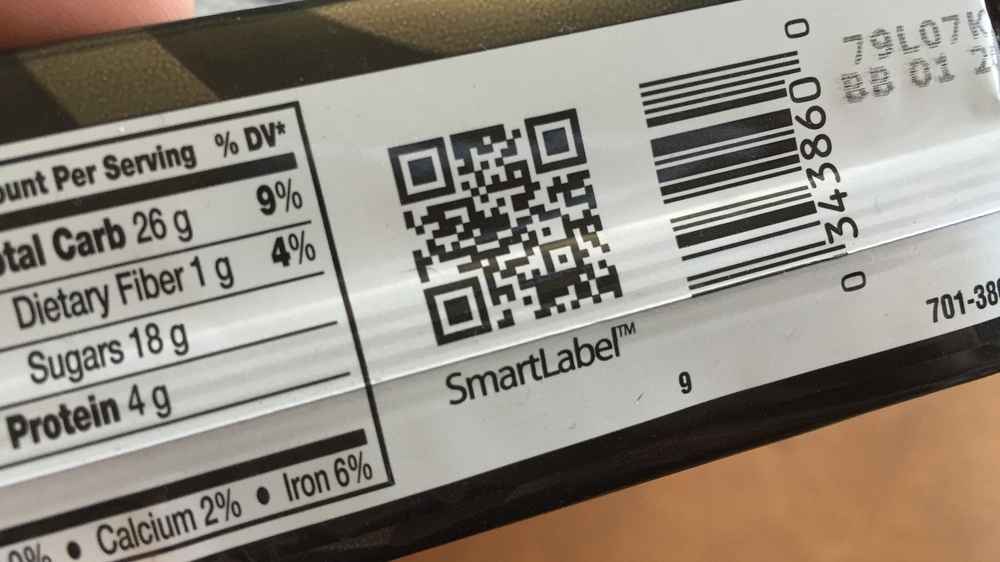 For more than 20 years, corporations behind the creation and promotion of genetically engineered foods have tried to keep secret that their products would fail, and fail badly, in an informed marketplace. Their problem is that over 90% of GMOs are designed to withstand massive amounts of pesticides. GMOs do not provide any advantages to the public—no better taste, or lower costs, or more nutrition. In short, GMOs have no benefits however they do increase the risk for consumers because these engineered foods can contain larger amounts of pesticide residue and there are possible harms from the genetic changes in these altered foods.

Accordingly, chemical corporations like Monsanto had a major problem: they wanted to keep profiting from selling the millions more pounds of pesticides that GMOs allow, but to do so they needed to hide exactly which foods were GMOs, and which were not, from the American public. Corporations wanted to hide these facts because if GMO food is adequately labeled, many more consumers would choose a non-GMO food over a GMO food which offers more potential risk and zero benefits. That's why in countries around the world where it is required to label GMO foods, including the European Union countries, engineered foods are almost nonexistent.

The answer for these corporations was to spend hundreds of millions of dollars to halt state or federal laws requiring GMO labeling. They knew they had to sabotage our right to know about their foods otherwise their entire business would collapse. And for a while, it worked. GMO labeling initiatives in California, Washington, and Oregon were narrowly defeated under an avalanche of corporate advertising and misinformation. In time, as more of the public became aware of the dangers of GMOs, the situation changed. Vermont became the first state to pass a mandatory GMO labeling law. Two other states also enacted GMO labeling laws and many more were in the process of doing the same thing. A panicked biotech industry then went to its friends in Congress and lobbied hard to pre-empt the Vermont law and stop it from coming into effect. The industry's first three attempts to halt state labeling failed due to the successful grassroots organizing of the food movement. However, Congress finally arrived at a compromise bill that did pre-empt the Vermont law just days before it was to come into effect.

This rushed compromise bill was badly written and deeply flawed but it did require labeling of GMO foods. Unfortunately, it left open the possibility that GMO labeling could occur through digital QR codes or 1-800 phone numbers rather than clear on-package labeling stating that the product contained GMOs. The bill did require that the U.S. Department of Agriculture (USDA) conduct a study to see if QR codes would be adequate for labeling. The USDA did this study and after litigation forced them to make it public, it was clear that QR code or other digital labeling was inadequate, completely impractical, and discriminatory against at least 44 million Americans, primarily low-income Americans who do not have Smart phones.

Regardless of its own finding, when USDA published its final GMO labeling regulations last year, it specifically allowed for the use of these discriminatory and impractical QR codes without requiring that they always be accompanied with clear on-package labeling. The USDA regulations also included provisions that will leave the majority of GMO derived foods unlabeled; prohibit the use of the widely known terms "GMO" and "GE"; and prohibit retailers from voluntarily providing more information to consumers. In other words, the corporations had pressured the agency into once again hiding from the public which foods were GMO and which were not, but this time under the guise that labeling was actually happening.

That's why Center for Food Safety (CFS) just filed a groundbreaking lawsuit against USDA challenging the GMO labeling regulations on a number of grounds, including discriminating against tens of millions of Americans.

The lawsuit makes clear that the discriminatory impact of QR codes should be enough to declare the entire misguided idea illegal, but it is still important we take a deeper look at the other problems with QR code labeling that impact all Americans.

QR Codes Put an Undue Burden on the Shopper

Even assuming you are among those with a smart phone, the appropriate app, the knowledge of how to use the QR function, and funds to keep the phone in use, let's contrast the QR labeling process with clear and conspicuous on-package labeling. With conventional labeling you walk down the grocery aisle examining the products on the shelves, pick up each one and quickly find the information you need on the package—simple, fast, and effective. Now, imagine that each time you pick up a product you have to pull out your phone, open up an app (if you can connect to the internet), wait for the camera to scan the bar code, wait for a webpage to load, and then finally read to see if the information you need is there. That's a lot of effort to go through to get basic information that any company could easily have put on the package. And the industry knows it. Corporations have calculated that excluding those that do not have or know how to use smartphones, plus those that cannot spend the considerable extra time for the burdensome QR process, will mean that only a very small percentage of shoppers will actually be informed about whether or not their food is genetically engineered. Once again, a great pseudo-solution from the biotech industry that gives the impression of labeling while in reality, the public is not actually being informed about what they are purchasing.

Adding to this impracticality is the current COVID-19 pandemic. Many Americans are visiting grocery stores less frequently to avoid exposure to the virus and purchasing more items during each visit. Requiring a shopper to scan every single item they purchase would not only place an undue burden on the shopper, but would increase a shopper's exposure risk to this deadly virus as they spend extra time in the store.

Proposals to use QR code technology in lieu of on-package labeling also raise serious questions about the privacy of consumer data. When using QR codes, what data would be exchanged and how might companies be able to use that data? For instance, would a company be able to determine which customers are viewing their products through QR codes? Could companies use that data to target consumers through advertising? Would any personal data be exchanged? The government thus far has a poor track record of protecting consumer data and curbing the massive marketing interests of the food industry. This system only opens up consumers to further exploitation and invasions of privacy.

Other Challenges to the USDA GMO Labeling Regulations

In addition to the QR code issue, this CFS lawsuit also challenges USDA's labeling language restrictions. When on-package text is used, the regulations limit it to only using the term "bioengineered" or "BE." In reality, for 25 years, every aspect of the issue—science, policy, and marketplace—has used the term genetically engineered (GE) or genetically modified (GMO).

Retailers and shoppers have relied on the term GMO for more than a decade to identify and avoid GMO foods. Banning the use of this term and replacing it with a term nobody has ever heard of is misleading and will create massive confusion in the marketplace. That is why CFS is representing a number of food retailers in its lawsuit, including Natural Grocers, operating 157 stores in 20 states, Puget Consumers Co-op, the nation's largest community-owned food market, and Good Earth Natural Foods based in Northern California.

CFS's lawsuit also challenges USDA's severe restriction on which foods are covered and require disclosure. The vast majority of GE foods (by some estimates over 70%) are not whole foods, but highly processed foods with GE ingredients, like sodas and oils. Yet in the final rule, USDA excluded these "highly refined" products, unless the GE material was "detectable." A disclosure law that exempts 70% of the foods it is supposed to disclose is not a meaningful disclosure law: it is a fraud and allows producers to keep their GMO ingredients secret.

The goal of CFS's litigation is to have the court declare USDA's regulations unlawful and nullify them, and then return the issue to USDA with orders to fix the unlawful portions of the GMO labeling rules. Americans deserve the same meaningful labeling of GMO foods enjoyed by more than 60 other countries. This lawsuit is designed to ensure that Americans have the right to know how their food is produced, and that it's a right that everyone deserves.