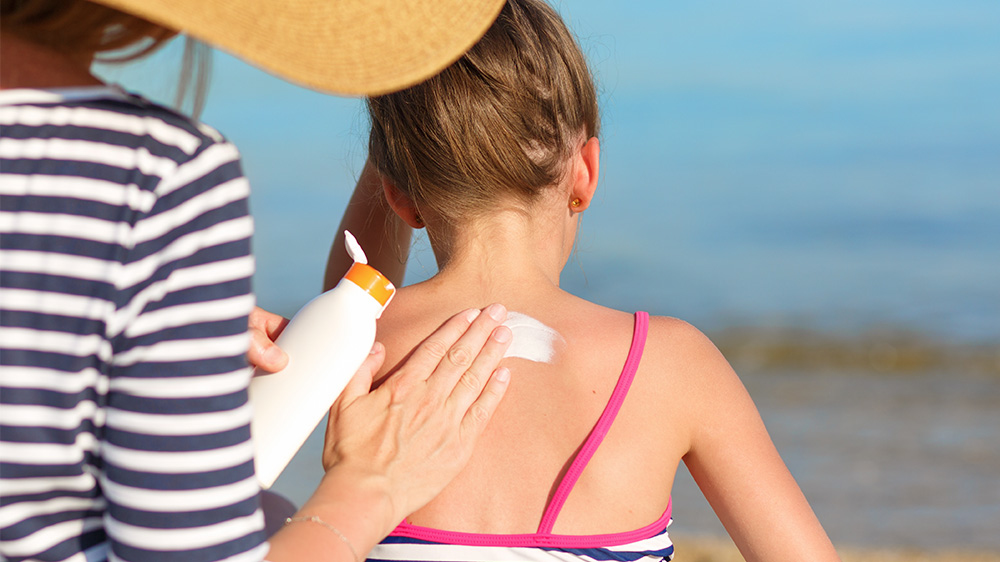 In July 2018, Hawaii's governor, David Ige, signed a law that will ban the sale of sunscreens containing oxybenzone and octinoxate starting in 2021. The landmark legislation aims to protect Hawaii's coral reefs, many of which have already been bleached by the banned chemicals. The news is encouraging, and comes not a moment too soon for our environment. However, that doesn't necessarily mean that all sunscreen sold in Hawaii will be "safe."

Unbeknownst to many consumers, nano-chemicals have made their way into sunscreen. Zinc oxide (ZnO) and titanium dioxide (TiOâ??) have long been used in their non-nano forms, but nowadays their nano versions are often preferred, as they go on clear and don't leave behind white residue. Like all nanomaterials, nanoZnO (nZnO) and nanoTiOâ?? (nTiOâ??) have novel properties that aren't well-understood. Despite the popularity of sunscreen with nano-chemicals, government review of these additives has been far from robust. Although the FDA conducted research to determine if nanoTiOâ?? penetrates skin, it has never explicitly approved nanometals in sunscreen. FDA's 2016 guidance for sunscreen products states:

"Sponsors should also provide any known chemical and/or manufacturing characteristics of the active ingredient that may be relevant to FDA's GRASE [Generally Recognized as Safe and Effective] evaluation and to the establishment of the conditions of any resulting final sunscreen order. Such information should include known interactions with other sunscreen active ingredient(s) or commonly used sunscreen vehicle component(s) and particle size information for micronized or nanoscale active ingredients."

FDA's GRASE protocol relies on sunscreen manufacturers to evaluate their own products. In lieu of a comprehensive, independent government review, the system allows nano sunscreen to be sold as long as its manufacturers claim their products are safe and effective.

It should be noted that EU's Scientific Committee on Consumer Safety (SCCS) has approved nTiOâ?? and nZnO in cosmetic products. However, that doesn't mean there's no question about their safety. SCCS acknowledges in its evaluations that both materials are dangerous when inhaled, and therefore conclude that spray-on sunscreen containing nanometals is not safe for consumers. (FDA did not examine the nZnO and nTiOâ?? spray formulations.) Studies suggest that spray-on nano sunscreen could cause permanent damage to the respiratory system, including lung tumors. There is also uncertainty about the safety of nTiOâ?? as a food additive. Some researchers believe it should be re-evaluated, citing potential damage to internal organs and a dearth of studies on the subject. This means that toddlers, who might lick the sunscreen, should not be using sunscreen with nTiOâ??.

Some forms of nano sunscreen may be safe, but most consumers don't have the information needed to decide if it's worth the risk. The EU requires sunscreen and cosmetic manufacturers to label products that contain nano ingredients, but no such regulations exist in the US â?? and most are unwilling to disclose their formulas even when asked. In a 2007 investigation conducted by Friends of the Earth, over 120 companies were asked if their sunscreens contained nano ingredients; only 38 agreed to participate, and just nine were nano-free. The largest sunscreen manufacturers â?? Coppertone, Banana Boat, and Unilever â?? sold products containing nanometals or didn't disclose. What's worse, even brands that cater to the "natural" crowd were not always transparent about their ingredients.

Despite EU and FDA's findings, debate continues over whether nanometals can penetrate skin. Investigations on dermal absorption have been criticized for failing to consider real-life factors â?? e.g. sunburned or cut skin, long-term exposure, and penetration enhancers commonly found in sunscreen.

All this adds up to an incomplete picture of how these widespread substances affect adults - much less children, who are much more likely to ingest it, purposefully (e.g. babies and toddlers licking it off themselves) or otherwise. This is all the more concerning because an August 2018 study by Friends of the Earth suggests that nano ingredients are widespread in sunscreen aimed at children. Of the four products tested (Aveeno Baby Natural Protection, Banana Boat Kids, Neutrogena Pure and Free Baby, and Thinksportâ?¢ Kid's Safe), all contained nanometals. In spite of their marketing, it seems that these formulas are no more "natural" than any other sunscreen.

How Nano-Chemical Sunscreens Impact the Environment

Even if nano sunscreens were to be shown to be safe for (adult) human use, they may not be for our planet. There's a growing body of research suggesting that nZnO and nTiOâ?? may harm marine life. According to a 2009 study, there is evidence that these ingredients can negatively impact aquatic microbes, the foundation of the ocean's ecosystem. ZnO was also found to make sea urchin embryos less viable, while TiOâ?? was found to be potentially toxic to daphnids and algae. Perhaps most concerning is evidence that nanometals like nZnO harm coral reefs. The issue of nano sunscreen's impact on ocean life is an especially urgent one because nanoparticles can travel from household drains to oceans, leading your sunscreen to hurt sea creatures even if you aren't at the beach.

As we've seen with oxybenzone, government approval and decades of use does not prove a substance is safe for people or the planet. Scant research and lax regulations have made consumers and wildlife test subjects, and even the most conscious consumer doesn't always have the tools they need to opt out of the experiment. It's laudable that Friends of the Earth has helped consumers in this regard, and that a coalition of nonprofits led by the International Center for Technology Assessment sued FDA to get the agency to issue new regulations on nanotechnology. But ultimately, we shouldn't need to rely on nonprofits to make decisions about our health. It's FDA's job to protect us.

Until FDA takes regulating nanomaterials more seriously, consumers will continue to fend for themselves. In the meantime, non-nano ZnO and TiOâ?? are better options than the alternatives. And remember that for babies, limiting sun exposure altogether is preferable to any sunscreen. 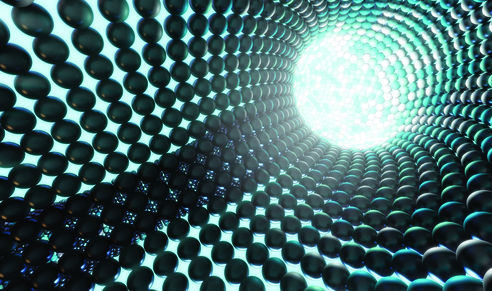 "There's Nano in Our Food?" What You Need to Know about Nanotechnology and Food Safety