Center for Food Safety To FDA: Tell the Truth About GMOs, Avoid Myths Put Out by Biotech Industry and its Followers 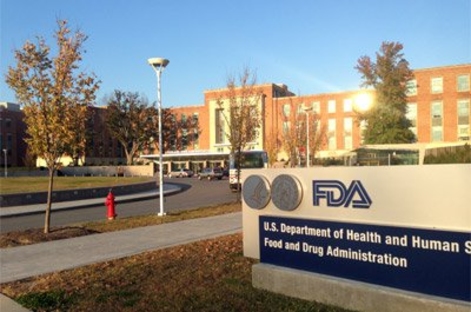 On November 14th, Center for Food Safety (CFS) testified at a public meeting held by the U.S. Food and Drug Administration (FDA) in San Francisco on the agency’s new Agricultural Biotechnology Education and Outreach Initiative. Our purpose was to warn FDA and the U.S. Department of Agriculture (USDA) against recycling long-discredited claims about genetically engineered (GE) crops and foods (aka GMOs), and presenting them to the public as fact.

These warnings are essential since the pesticide-seed industry has spent tens of millions of dollars on PR to mislead the public about GE crops and defeat mandatory labeling of GMOs. We’re referring here to the “Big Five” biotech companies – Monsanto, DowDuPont, Syngenta, Bayer and BASF – that have developed the great majority of commercially grown GE crops. The result has been widespread misconceptions regarding GMOs, some of which have infiltrated supposedly objective information purveyed by government agencies.

One of the hoariest myths we urged FDA to avoid is the notion that genetic engineering creates “biofortified” crops – foods with vitamins or minerals they don’t possess naturally. While there have been many experimental attempts to genetically engineer such crops over the past three decades, to our knowledge “there are currently no commercialized GMOs that increase vitamin or mineral content,” as we told FDA. So-called “golden rice” – rice genetically engineered to express beta-carotene, which is broken down by the body into Vitamin A – has been the biotechnology industry’s poster child for over two decades. But it has still not been introduced, and likely never will be. Numerous attempts to breed golden rice into rice varieties Asian farmers actually grow have been foiled by low yield and what one scientist recently referred to as “metabolic meltdown.” Golden rice has thus not saved a single child from Vitamin A deficiency.

In this context, it is interesting to note that Karl Haro von Mogel, the head of an outfit whose website’s name is “biofortified,” saw fit to misrepresent and mistakenly criticize our comments to the FDA. This organization regularly attacks individuals and groups like CFS that dare to criticize biotechnology. The group’s name gives away its PR-centric mission: to disguise a technology used chiefly to promote greater pesticide use as one that instead produces non-existent crops “biofortified” with vitamins and minerals to alleviate malnutrition

The organization’s Board of Directors includes Kevin Folta, a University of Florida scientist who was paid by Monsanto to travel the country spouting the biotech industry’s talking points, assuring his benefactor “a solid return on investment” in him, even as he presented himself as independent, denying any funding by or ties to Monsanto. Former board member Pam Ronald, who has long been a tireless obfuscator of GMOs and their supposed benefits, was several years ago embroiled in a scientific scandal that forced her to retract two major articles in Science and PLoS One. Biofortified blogger Steve Savage has defended chlorpyrifos, the infamous neurotoxic insecticide that damages kids’ brains, comparing its toxicity to that of caffeine! Savage is perfectly aligned here with chlorpyrifos manufacturer Dow, and the anti-science Trump Administration, which reversed a preliminary decision by Obama’s EPA to ban the neurotoxin. Savage’s defense of an insecticide condemned by the American Academy of Pediatrics is perhaps not surprising, given his employment history with chemical giant DuPont (now DowDuPont), and his association with biofortified.org.

As we informed FDA in our comments, roughly 90% of GMO acreage in the U.S. is planted to crops engineered to survive the direct application of weed-killing pesticides. These herbicide-resistant GE crop systems have led to dramatically increased weed-killer use in U.S. agriculture, which in turn has triggered an epidemic of herbicide-resistant weeds, and fostered unprecedented levels of herbicide drift, injuring sensitive crops growing on millions of acres. The folks at biofortified appear blissfully ignorant of this real-world biotechnology. A search of their website for “dicamba,” the herbicide that when sprayed on Monsanto’s GE dicamba-resistant soybeans and cotton caused the crop injury debacle noted above, turns up nothing at all, even though this was undoubtedly the biggest story in agriculture this year.

We also urged FDA to avoid parroting biotech industry PR to the effect that genetic engineering helps make crops better adapted to climate change, for instance, more drought-tolerant. We pointed to the development of 153 new varieties of drought-tolerant maize for Africa, via conventional breeding, as just one of many signs of how superior conventional breeding is to biotechnology in this regard. Especially in light of the fact that genetic engineering has produced just one such crop, whose drought tolerance is no better than that of many conventionally bred cultivars. Von Mogel again misrepresents our clear and uncontroversial statements on this topic and appears to be unaware that traditional breeding has generated drought-tolerant cultivars of many crops in addition to maize (corn).

Another industry talking point we recommended that FDA and USDA avoid repeating in their outreach initiatives is the myth that GMOs are higher-yielding and necessary to “feed the world.” Contrary to von Mogel, who once again misrepresents our views, we correctly cite a 2016 report by the National Academy of Sciences, which found that a steady increase in crop yields that spans both the pre-biotech and biotech eras strongly suggest[s] that non-GE factors such as advances in conventional breeding methods have played a critical role in increasing crop productivity. In the context of our brief comments, we did not have space to discuss most GMO-related yield studies. Thus, we neglected to describe the substantial 5% yield drag (i.e. 5% lower yield) associated with first-generation Roundup Ready soybeans, one of the world’s most widely-grown GMOs.

We also did not mention the report Failure to Yield, by former CFS scientist Doug Gurian-Sherman. Von Mogel cites Failure to Yield as proof that GMOs have higher yields, when in fact Dr. Gurian-Sherman’s conclusion was that “traditional breeding outperforms genetic engineering hands down” for increasing crop yields. Finally, we urged FDA to recognize that poverty is the chief cause of hunger, something that yield improvements do not cure, and which biotech boosters regularly ignore.

Center for Food Safety will continue to advocate that media outlets and government agencies accurately report the facts about real-world GMOs, and avoid the myths about biotechnology promoted by the pesticide industry and its supporters.