Trump's First 100 Days of Cozying Up to Big Ag 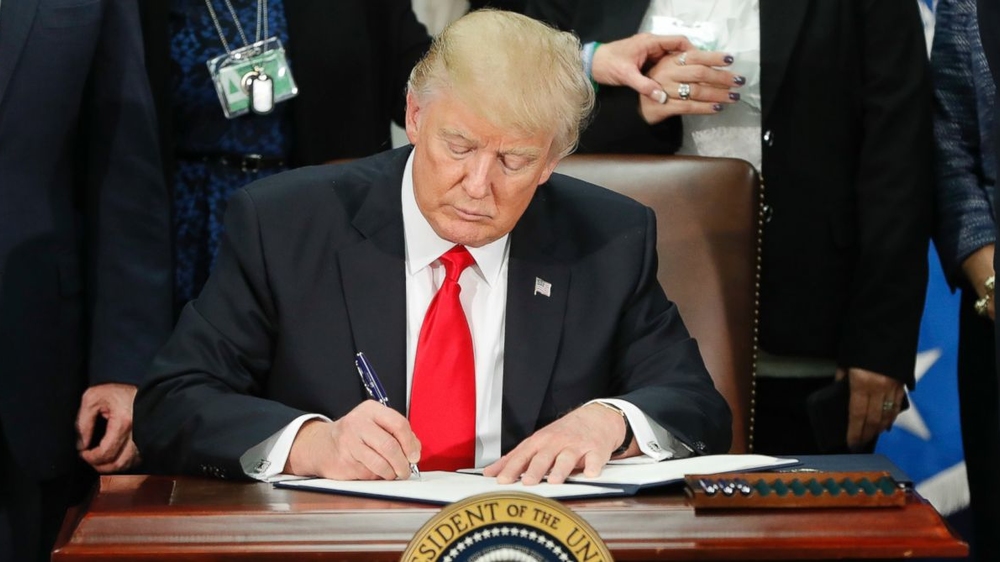 As of April 29th, Donald Trump has held the office of president for 100 days. It is ironically fitting that his 100th day in office coincided with the People’s Climate March in Washington, D.C. and sister marches around the world. Many of the Trump administration’s actions so far indicate that the next four years are going to be a long row to hoe for those of us at the frontlines of protecting our food, farms, and environment from the devastating impacts of manmade climate change. Here are just a few (of the many) ways the new administration has managed to undermine the safety and security of our food system, in its first 100 days alone:

Placing Foxes in the Henhouse: Trump appointed as head of USDA the Big Ag ally Sonny Perdue, who the ag biotech industry once awarded their “governor of the year”. Perdue is someone with a poor track record of being able to ensure food safety, and for discriminating against farm workers. In part because of ethics concerns, farmers and consumers had to wait a record 95(!) days before the new agency head started the job.

Harming Rural Communities and Families: Put the livelihoods of farm workers and farming communities across the country at risk by threatening to deport immigrant workers and approving new toxic pesticides, while refusing to ban others.

Rolling Back Urgently Needed Progress on Climate Change: Signed an Executive Order to roll back progress on climate change action and greenhouse gases, with special intention to unravel the Clean Power Plan. Farmers and our food system will bear the brunt here: Unseasonable temperatures, floods, drought, and disruptions in pollination are all effects of endorsing a pollution-producing economy that contributes to climate change.

Starting a War on Transparency: As part of a larger agenda of new limits on government transparency, directed the FDA to use the courtroom to keep documents under wraps that could prove the agency approved AquaBounty’s GE salmon through backroom deals.

Reneging on a Pesticide Ban: EPA Administrator Scott Pruitt put communities, farmers and the environment at risk by directing EPA to renege on a proposed ban of the brain-damaging pesticide, chlorpyrifos. Chlorpyrifos is heavily used on many staple foods, and has been found to harm kids’ development.

Approving Novel Pesticides and GE Crops: Speaking of toxic pesticides, Trump’s EPA approved a novel pesticide combo manufactured by – you guessed it – Big Ag’s Dow Chemical. In addition to health risks, significant crop damage from pesticide drift, and increases in both weed resistance and pesticide use, spraying Enlist Duo on millions of acres will harm pollinators and contaminate waterways and important wildlife habitat. CFS filed a lawsuit against the approval.

Attempting to Rule by Executive Order Fiat: Most recently, and perhaps most egregiously, Trump signed (yet another) Executive Order that creates a new task force to recommend eliminating food and agriculture legislation, policies, and regulations that might hinder the profit-making of “agribusiness”. Regulations regarding the oversight, production, and export of genetically engineered crops are high on the list. The Executive Order also seems to push for faster and/or easier approvals for pesticides and biotech crops, pushing biotech crops abroad to ease export market access, easing the privatization of scarce public water resources for corporate gain, and opening public lands up to mining, farming, ranching and other activities that don’t belong on our public lands.

If the first 100 days of the Trump Administration are any indicator, we’ve clearly got our work cut out for us as we continue to fight for a safe, sustainable, and secure food future. We’re ready to do it, and we hope you’ll join us.