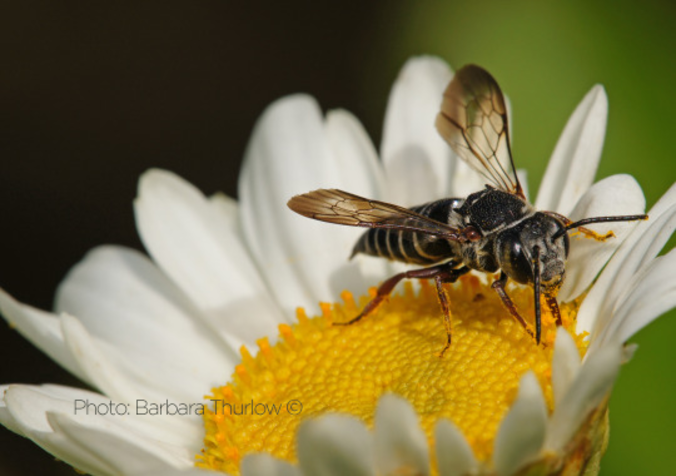 For years now, bees have been dying at alarming rates and scientists have identified a group of insecticides called neonicotinoids (“neonics”) as a leading culprit in population losses and poor colony health. The largest single use of neonics is as a seed coating for field crops, like corn. Researchers estimate that 79-100% of all corn grown in the U.S. comes from seeds coated with neonic chemicals, and popcorn is no exception.

So last October CFS launched a new campaign urging popcorn companies to stand up for bees and stop sourcing their popcorn from seeds that are coated in harmful neonic chemicals.

Within just a couple of months, two of the largest popcorn companies, Pop Weaver and Pop Secret, agreed to phase out their use of neonics as a commitment to bees, other pollinators and the environment.

But there was one company – the biggest in the popcorn industry – that up until the end of January had not replied to our numerous letters, calls, or emails: Orville Redenbacher’s, owned by ConAgra foods.

Unfortunately, Orville Redenbacher’s is not taking action for pollinators like other leading companies have done, and they have not committed to phasing out the use of neonic seed coatings. You can read their letter to us here (which was in response to our October 2015 letter, here). CFS was disappointed, to say the least, and we immediately replied to ConAgra with another letter, again urging them to take stronger actions for pollinators and commit to a neonic seed coating phase out plan. But the company still refuses to make a real commitment.

The good news is that CFS will continue to fight even harder. With your help, and the help of our partner organizations, we will increase pressure on ConAgra to do the right thing for bees and truly be a leader for positive change in the popcorn industry. If you haven’t already, sign and share the petition and make your voice heard! 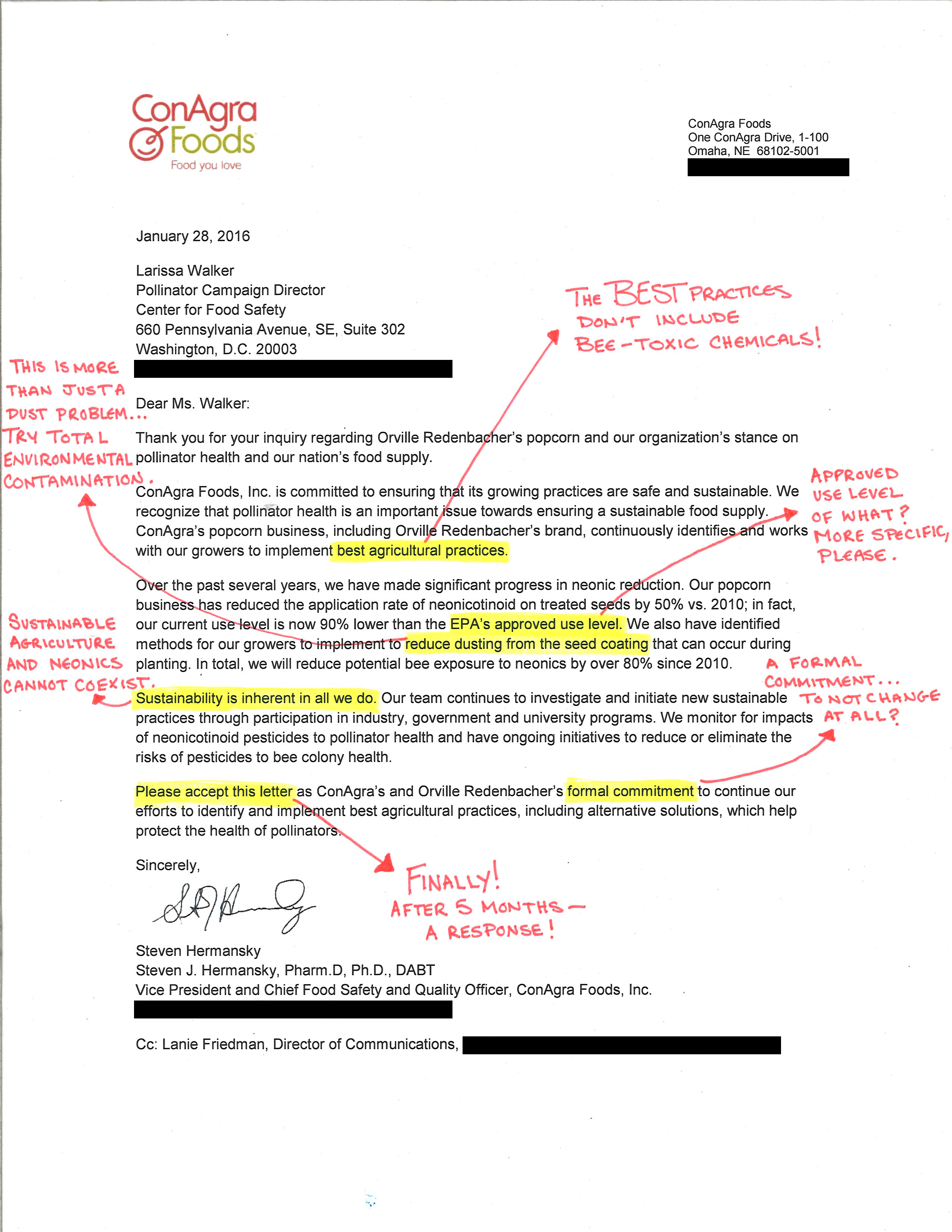