5 Simple Steps to Help Bees and Other Pollinators 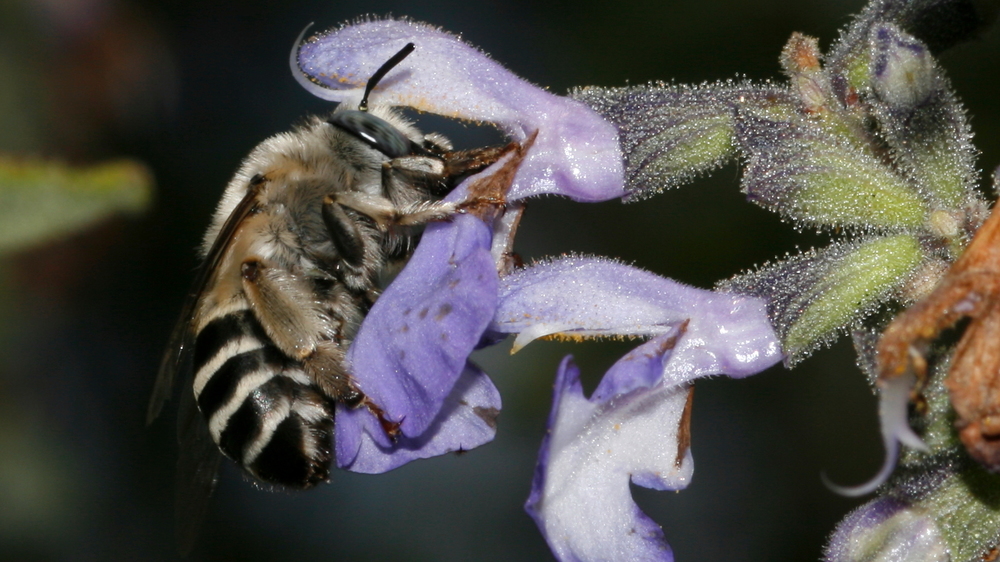 One in every three bites of food we eat is from a crop pollinated by bees. And over the past decade we have witnessed an alarming decline in honeybee and other pollinator populations around the world.

According to a government-sponsored survey, U.S. beekeepers reported annual hive losses averaging 51.1 percent over the winter of 2013-14, with 66 percent of them deeming the losses unacceptably high. Many beekeepers continue to report annual losses of 40-50 percent – and in some cases total hive failure.

The honeybee, which was brought to the U.S. by European settlers, is perhaps the best known pollinating species that food crops depend on, but North America’s many native species of bees and other insects are also essential to our food supply. Many fruits, vegetables and nuts rely on pollinators. Without these species, in fact, 70 percent of plants would be unable to reproduce or provide food.

An overwhelming number of scientific studies have linked the bee declines to pesticide use, illustrating the far-reaching impact that these toxic chemicals have on a wide range of environments. Bee-toxic pesticides have a wide variety of long-term detrimental effects and pose a growing risk to fragile ecosystems.

The chemicals most closely linked to the pollinator declines are a class of nicotine-based insecticides called neonicotinoids. They are the most widely used insecticides in the world, and unlike traditional pesticides that are typically applied to the surface of plants, neonicotinoids are systemic – meaning they are absorbed and transported through all parts of the plant tissue. Bees and other pollinators are exposed to these toxic chemicals through pollen, nectar, dust, dew droplets on plant leaves and in the soil where many native bees nest. Neonicotinoids interfere with the nervous system of insects, causing tremors, paralysis and eventually death. These chemicals are up to 10,000 times more toxic to bees than other insecticides, and their use can have both immediate and long-term effects.

Moreover, pesticides pose significant risks not just to honeybees but also to native bees, butterflies and other beneficial insects. While other factors such as pathogens, parasites, poor nutrition and habitat loss also play a role in pollinator declines, the toxicity of pesticides is undeniable.

Thankfully, there are plenty of ways to help bees and other critical species, starting in your own backyard:

2. Create nesting sites. Wild bees need safe habitats. In nature, they find them in the ground, in old beetle tunnels or cracks in wood and in other tiny corners. You can create some of your own – with wooden blocks or bamboo bundles, for instance – using this guide from the Xerces Society.

3. Avoid using pesticides in your own backyard, especially systemic insecticides such as neonicotinoids. Not sure which products contain harmful chemicals? A good place to start is with this list of bee-toxic pesticides to avoid. It’s also important to make sure that pollinator-friendly plants you purchase have not been treated with neonicotinoids (that’s more common than you think). Before you buy, be sure to ask your nursery supplier if the plants were pretreated with neonicotinoids.

4. Support organic. Choosing organic food isn’t just healthier for you than eating food grown with toxic, synthetic agrochemicals – it’s healthier for pollinators and the environment. By choosing organic foods, you help protect pollinators, other wildlife and entire ecosystems. Many organic brands support pollinator protection efforts and are working to reverse the damage that chemically intensive industrial agriculture is doing to the environment.

5. Get involved and engage your community! Support local beekeepers in your area by buying their honey. Better yet, consider keeping bees yourself – look up your local beekeepers’ association to get started. You can also get involved with making your neighborhood bee-safe (as in this grassroots effort in Boulder, Colo.). You can even take it one step further by calling on your local officials to ban toxic pesticides on city property, as residents did in Eugene, Ore., and Seattle, Wash.

In more ways than one, our farms and gardens play a critical role in maintaining the health and vitality of pollinators. Together, we can all take steps to provide a healthier environment for bees as we work to create a more sustainable and organic food future.