Unregulated Tricks in Your Nano Treats 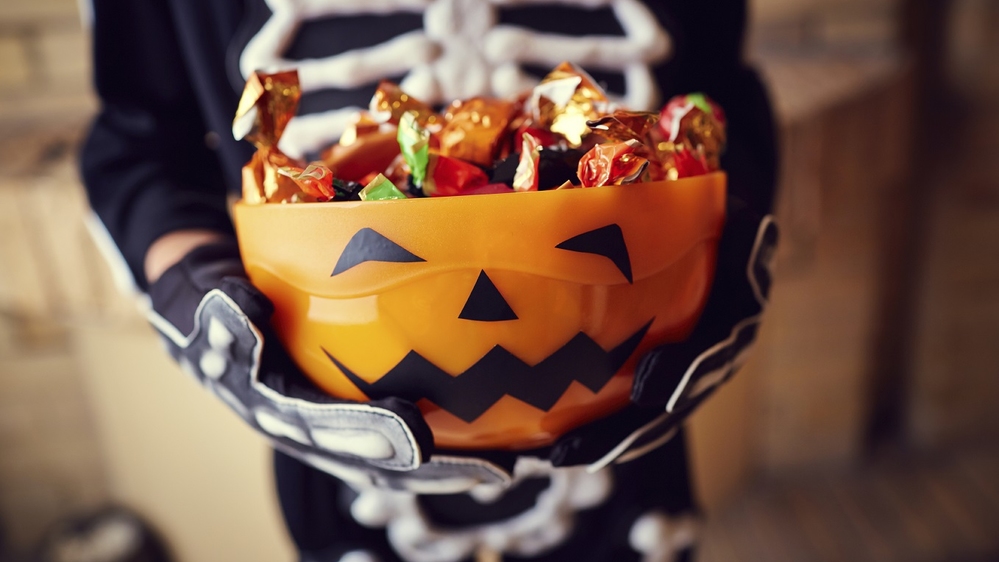 Your child has been thinking about Halloween for months. All the meticulous planning for the costume, the last minute makeup adjustments, and the yearlong anticipation are all poised to erupt as they reach for the first doorbell of the night, ready to yell “Trick or Treat.” Yet, there’s a threat to your child so small, you can’t even see it coming.

That threat is nanotechnology in food products. Though not entirely new, mounting evidence demonstrates that this largely unregulated technology is creeping into more and more places, including your children’s Halloween candy. To bring light to this issue, Center for Food Safety has a new interactive database that shows common food products that contain nanomaterials, including Mentos, Skittles, M&Ms, gum, and sour candies.

Nanotechnology is a new wave of chemical engineering with some scary repercussions. We cover that more here and here, but in short, materials on the nano-scale are really small, highly reactive particles that can pass through the body’s blood brain barrier, into bone marrow, lymph nodes, and the heart. These products are untested, and we don’t know the health implications of ingesting them.

So what does that mean for your child on Halloween? Let’s look at one of the most common engineered nanomaterials found in candy; titanium dioxide. According to Dr. Paul Westerhoff, a professor at Arizona State University whose lab has conducted a number of analyses on the presence of nanoparticles in food, titanium dioxide is a food additive used as a whitener, as an anti-caking agent, to make surfaces shinier, and to add texture to certain products. It accounts for 70% of the total production volume of pigments worldwide.

This all happens because nanomaterials are so much smaller and much more reactive than other types of substances. They can get to places in the human body that other materials can’t and cause more damage when they do. Despite this, nanotechnologies used in food have yet to face any real regulation.

Food producers and manufacturers delight in the fact that most nanotechnology products have a U.S. Food and Drug Administration (FDA) Generally Recognized as Safe (GRAS) designation. But that designation is easier for companies to get than it is for a trick-or-treater to fill their pillow sack.

According to the FDA, any substance that is intentionally added to food is subject to premarket review and approval unless it has adequately been shown to be safe under the conditions of its intended use, or unless the use of the substance is otherwise excluded from the definition of a food additive. Since there is no nano-specific regulation, companies can claim GRAS designation for nanomaterials based on the properties of their larger, non-nano counterparts.

In its 2014 guidance Guidance for Industry: Assessing the Effects of Significant Manufacturing Process Changes, Including Emerging Technologies, the FDA said going forward a company should not use GRAS to approve its nano additives, but did nothing to remove existing products that contain unapproved nano additives from the market.  More importantly, while an advisory guidance is a positive step, consumers would be better protected if the FDA actually made it binding.

The other agency that should be held responsible for the regulation of nanotechnology is the Environmental Protection Agency (EPA), yet they too fall short. Because of the novel properties of nanomaterials, their manufacture poses unique environmental risks as these materials are small enough to escape from the manufacturing loop. For example, a number of studies show that consumer products, including food contact products like plastic food containers, shed nano-silver particles into the environment and have turned up in wastewater and sewage sludge.

Despite legal action by Center for Food Safety, EPA still has not committed to regulating currently commercialized nano-products. Instead, the agency has responded to the lawsuit by saying it will seek enforcement against current unregistered products at its discretion, and will be “strongly encouraging” all manufacturers to seek pesticide registration of their nanotechnologies. This is clearly not enough.

Lastly, there is rising concern over prospects of nanomaterials seeping into organic foods. Nanomaterials are synthetic, can be toxic, and have little resemblance to the source material from which they were derived.  They are not found in nature and they certainly don't belong in organic. Against widespread agreement from the wider organic community that nanotechnologies and materials should be prohibited in organic, the U.S. Department of Agriculture’s National Organic Program (USDA/NOP) has issued a guidance allowing companies to petition their use on a case-by-case basis.  It's a devilish idea.  Don’t be scared to tell the National Organic Program to carve out a nano prohibition now!

What We Can Do About It
We know that weak regulation means untested nanotechnologies are used in far more products than originally thought. Companies like Mars even have patents for nanotechnologies applicable to some of their most common products: M&Ms and Skittles (here) and Snickers and Milky Way (here.)

Even though many studies show the risks associated with nanotechnology, it is still remarkably easy for companies to use nanomaterials with impunity.

This Halloween, consider offering alternatives to these untested candies. While fruit and healthy options won’t always make you the most popular house on the block, they are a good place to start. Other options like, fair trade chocolates or other organic candies will make your house the place to stop and won’t have any nanomaterials.

We need to press for more research and for stronger regulations on nanotechnology. Share this post so people know what's coming this October 31st and make sure you check out our inventory cataloging the different foods with nanoparticles on the market already.