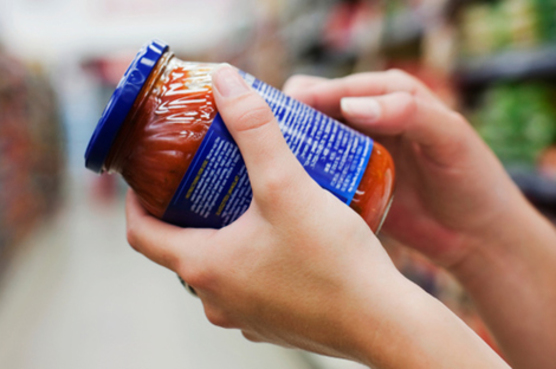 Confused by the exemptions in Washington State’s 522? Here is why they make sense.

Lobbyists for leading pesticide and junk food companies aren’t very creative, at least when it comes to fighting labels on genetically-engineered foods. The current effort Washington State against labeling is looking strikingly similar to last year’s in California. The No on 522 campaign even recycled the colors in their logo. (See No on 522 v. No on 37.) In another illustration of déjà vu, the opposition in Washington State is trotting out the argument that voters should reject the measure because it contains a few exemptions.

First, let’s consider the logic at work here: Are lobbyists for the likes of Monsanto saying they are against GE labeling because it does not go far enough? Would Big Food and Big Ag be in favor of GE labeling if only it covered every single kind of food? Of course not; this is just a desperate distraction designed to confuse voters. These industries oppose labeling of any kind that helps people make informed choices.

The No on 522 campaign is so lazy in repeating itself, that for its graphic they just transposed some soup images, moved milk cartons around, and added a few new images to the same flyer developed by lobbyists last year to confuse Californians. What’s especially pathetic about the current image is how it lists five examples of exemptions that on closer inspection boil down to three because the other two are redundant. (Two examples are about restaurant food and two others are about animal products.) It’s a pretty bad sign when you have to pad your own arguments against a consumer’s right to know what’s in their food.

The No on 522’s leading TV ad, featuring Dan Newhouse (former director of the Washington State Department of Agriculture) is focused completely on the exemptions, which tells you the No campaign’s strategy is to confuse consumers, instead of addressing the merits of GE food labeling. Newhouse claims the measure’s requirements “conflict with national standards” but gives no explanation. He can’t because if there is no current federal requirement to label GE foods, how can 522 conflict with national standards?

The arguments are being so sloppily copied that the No campaign is even getting its facts wrong. In the TV ad script writers made a major goof, claiming that the measure “is so badly written that pet food would be covered but meat for human consumption would be exempt.” Not true. (They must have been confusing things with Prop 37, where pet food is included in the state’s definition of “food.”) But why bother with pesky facts?

In addition to copying and pasting the images, corporate lobbyists are also recycling their claim that the measure’s “exemptions make no sense.” But actually they do.

Exemptions are often an inherent part of drafting laws, meant to strike a balance between policy goals and what is practically feasible. Indeed, exemptions are usually designed to prevent a policy from being too burdensome on business, making the No campaign’s objections even more twisted. Also, foods are treated differently throughout current federal and state regulations, depending on where and how they are sold.

Let’s take restaurants, which are not part of the labeling requirements under I-522. Under current federal law, restaurant foods do not require ingredient labeling, so it makes sense to not require labels for genetic engineering. Requiring labeling just for genetic engineering would necessitate the development and standardization of labels for these products. So it makes sense that soup or pizza from a restaurant or deli counter would not be labeled under I-522, just as they are currently exempt from other ingredient labeling. In contrast, for most food sold in grocery stores that already require labeling—consumers would just see another line indicating the product was made with genetic engineering. This makes it easy for food manufacturers to comply with the law and for consumers to know where to look.

Similarly, alcoholic beverages do not require ingredient or nutrition labeling because such products are not even regulated as foods to begin with. So it’s silly for the No campaign to compare vodka to fruit juice. But silly is all you have when you don’t have common sense on your side, let alone a cohesive argument.

Next, let’s consider the exemption for animal products derived from animals raised on genetically engineered feed (e.g.: meat and dairy products). Although full disclosure and transparency in the entire food production process is an admirable goal, this exemption also makes sense because it’s current law in other nations and is just sound policy.

For example, the European Union also does not require GE labeling on animal foods. The United Kingdom, a major importer of salmon, does not require fish fed genetically engineered feed to be labeled as GE, but would require a genetically engineered fish to be. It just wouldn’t make economic sense for I-522 to be stricter than these standards, because that could have an adverse economic impact on Washington State’s farmers and food producers. It would also be confusing to consumers, as there are currently no genetically engineered animals on the market. (GE fish may soon be approved by the federal government despite strong public opposition.)

The purpose of the I-522’s exemptions for restaurant foods, alcoholic beverages, and animal products are simply to mirror current law. Just imagine the uproar from the No campaign (as well as the restaurant, alcohol, and meat industries) if 522 included all of these products. They would be screaming: “this makes no sense, you’re going too far.”  Industry can’t have it both ways: being against labeling in general while claiming this measure doesn’t go far enough. Can they be any more disingenuous?

But the pesticide and junk food lobbyists can’t argue the merits because they know most people favor labeling. So instead they are exploiting the exemptions to convince voters the measure doesn’t go far enough. Don’t fall for this tactic designed only to distract and confuse. You can learn more about the facts on I-522 here.