Farmer or Felon? Michigan heritage pigs farmer gets needed pat on the back from judge 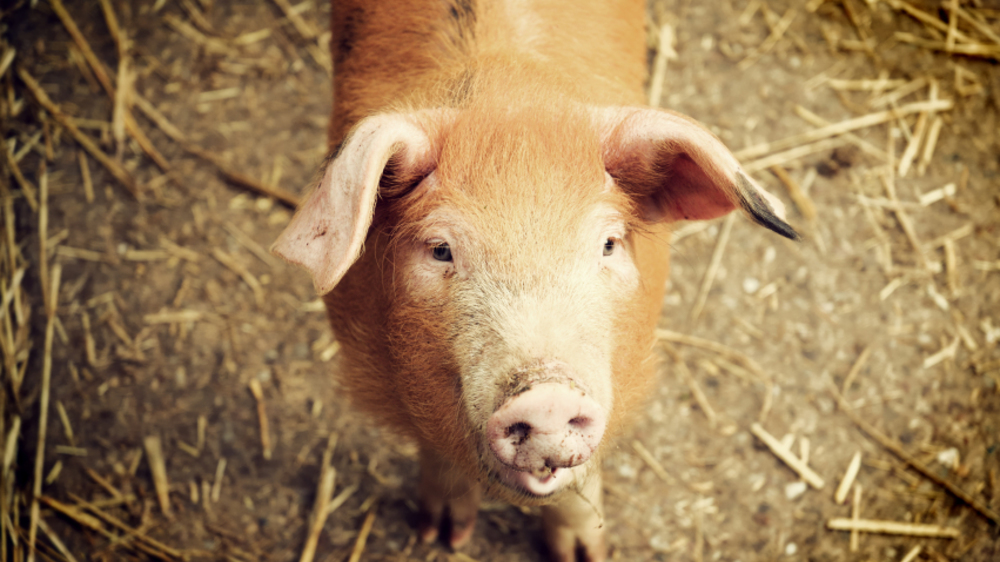 Roger Turunen and his wife Brenda raise “Hogan Hogs” on their Michigan farm, a heritage breed of pig rather different than those raised by big commercial animal factories.  Heritage pigs bring farmers and consumers a number of benefits that the conventional pigs do not – they are hardy animals well suited to tough Michigan winters, they are easier to manage and are raised on small, more sustainable farms, and pork enthusiasts swear by their much improved taste.

It is for these reasons that the Turunens, and other small farmers  like them, have chosen to devote their lives to raising heritage pigs.  But recent Michigan law has threatened to shut down and even criminalize their operations, characterizing their pigs as an invasive species rather than a prized possession.

In December 2011, the Michigan Department of Natural Resources (DNR) issued an Invasive Species Order designed to clamp down on the prevalence of feral and invasive pigs in Michigan. To determine whether a hog was prohibited, the DNR based its order on physical characteristics, not on whether it was actually feral.  The characteristics included coloration, skeletal appearance, tail structure (including either curly or straight tails) and ear structure. Hogan Hogs are what’s known as a Eurasian Boar-type hog.  Despite being well-kept in pens and on farms, Hogan Hogs are similar in appearance to feral pigs, so all of a sudden the Turunens went from wholesome farmers to felons.

Since the law came out, several lawsuits have been filed against the state, including one on behalf of Mr. Turunen.  The lawsuits seek to preserve the right of these farmers to raise and sell their special pigs. This past week, they finally got some good news.

A judge hearing the case of Mr. Turunen had some wise words on behalf of farmers. Judge Charles Goodman extolled, "The raising of animals or the growing of crops has always been an occupation which was well respected in this country, and the American farmer has been considered an icon.  The American farmer has been considered an independent, hardworking individual, possessing, for lack of a better way to say it, good old American values.  Frankly, farming is not simply a job, it's a way of life." Now that doesn’t sound like the profile of a criminal, does it?

In defense of Mr. Turunen, he added, "There has been no showing made the Plaintiff's hogs are sick, diseased or infected by some dangerous agent..... In other words, there is no showing that Mr. Turunen is not a responsible hog farmer." He continued, "And there is no indication that Mr. Turunen's operation, as he functions, serves as a harm to the public."

While the judge did not strike down the new law, critics of the rule are calling the hearing and the judge’s assessment of the case a small but significant victory.  The law’s unintended and severe consequences clearly do more harm than good, jeopardizing sustainable and humane pigs farms and limiting options for consumers.  Center for Food Safety threatened to sue the state of Michigan when the law was first introduced and remains engaged in the current legal landscape.