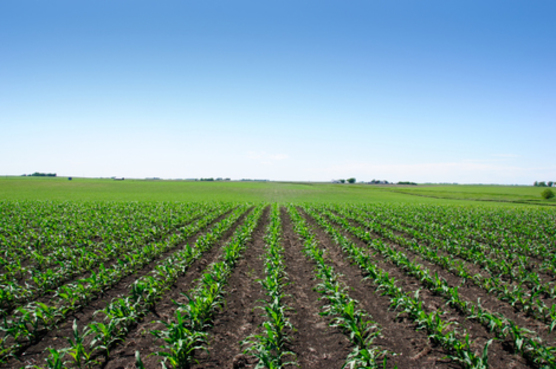 On September 30, 2012 Congress did the unthinkable when it let the 2008 Farm Bill—the legislation that governs national food and farm policy—expire and drift into what was obviously legislative chaos.  However, the 112th Congress wasn’t done.  It managed to do what seemed impossible, hitting a new low as it entered 2013 when it included an appalling one-year extension of the 2008 Farm Bill in the so-called “fiscal cliff” package.  Among its many faults, the desperation-fueled agreement eliminated funding for most organic, specialty crop, energy and beginning farmer programs.  The one-year extension will expire on Sept 30, 2013.

In the weeks following the 2012 election, the biggest hot button issue in Washington was the negotiations between the White House and Congress over a number of changes in financial and tax policy set to take place at midnight on December 31, 2012.  The media and Members of Congress referred to this impending deadline as the “fiscal cliff.” Among the changes were the end of temporary payroll tax cuts, the end of certain tax breaks for businesses, a rollback of the Bush-era tax cuts and a series of spending cuts to Federal programs as part of the debt ceiling deal of 2011.

As talks broke down between President Obama and Speaker of the House Boehner, negotiations over the “fiscal cliff” shifted to Vice President Biden and Senate Minority Leader McConnell.  The compromise struck between Biden and McConnell was a large legislative package that ended tax breaks for the top 2% of Americans, extended certain tax breaks for businesses, pushed the sequestration spending cuts until March and, finally, the extension of the recently expired 2008 Farm Bill through September 30, 2013.

Unfortunately, in exchange for negotiating on tax breaks the White House seemingly allowed McConnell to craft his own Farm Bill extension, rather than use a responsible and equitable extension package that had been proposed by House and Senate Agriculture Committee leaders.  The McConnell Farm Bill extension not only continues unpopular policies like direct payments to farmers to grow major commodity crops, but it did not provide funding for most organic, specialty crop, energy and beginning farmer programs.

One of the few silver linings to the McConnell Farm Bill extension is the absence of the controversial “biotech policy riders,” which first appeared in last year’s House Agriculture Committee draft Farm Bill.  Courts and government reports have sharply criticized USDA’s oversight of genetically engineered (GE) crops, and numerous courts have determined that the agency’s approvals failed to comply with environmental laws.Rather than responsibly improving USDA’s oversight of GE crops, the chemical-biotech industry and their allies in Congress sought to weaken GE crop rules and fundamentally alter USDA’s regulation through a number of damaging, hidden policy riders (Sec. 10011, 10013, and 10014) to the House Farm Bill.  While the Senate-passed Farm Bill did not include these riders, there was considerable pressure on Senate leaders to cave and allow these riders through.An additional biotech rider was also slipped into the House’s FY2013 Agriculture Appropriations Bill.  Similar to the Farm Bill, the Senate’s version of the FY2013 Agriculture Appropriations Bill did not include the rider.  Due in large part to the overwhelming grassroots response and strong opposition by House and Senate Democrats, no biotech riders were passed in either the Continuing Resolution FY2013 spending bill or the 2008 Farm Bill extension package.

Included in the list of unfunded programs in the McConnell bill are a number of valuable and cost-effective organic programs.  One of the most disappointing hits was OREI— the Organic Research and Extension Initiative—the single largest source of education and funding for organic in the US, funded at around $18-20 million annually.  Part of the National Institute of Food and Agriculture, OREI helps organic producers and processors grow and market organic food.  Some projects that have been funded in the past through OREI are:

Another program to go unfunded is the Organic Production and Marketing Data Initiative (also known as the “Organic Data Initiative,” or ODI).  First established by the 2002 Farm Bill, this program requires USDA data collection agencies to collect and publish segregated organic data which helps USDA, farmers and the public track organic growth and adoption.  An additional organic program to go unfunded is the National Organic Certification Cost Share Program (NOCCSP), which was created in 2002 to help defray some of the costs of organic certification, assure a diversity of scale of operations involved in organic production and handling, and recognize the public benefits of organic agriculture relative to environmental stewardship.

The NOCCSP program has allowed producers and handlers to receive up to 75% of their annual certification costs or a maximum of $750.  Without this program, only 12 New England states, plus Hawaii, Utah and Wyoming will receive cost share assistance as they are funded under a separate program that did receive funding in the extension.

Next Steps on Capitol Hill

The 113th session of Congress is now in session.  There is much to do in the next few months, including addressing the series of spending cuts set to take place in March, passing an appropriations package for the remainder of FY2013, hopefully passing a full 5-year Farm Bill and taking up the complex issue of spending for FY2014.  Given that the makeup of Congress has changed very little, we’re in wait-and-see mode on whether the House can get its act together to pass a Farm Bill or if the 113th Congress will settle for more of the same—kicking the can down the road, again and again and again.