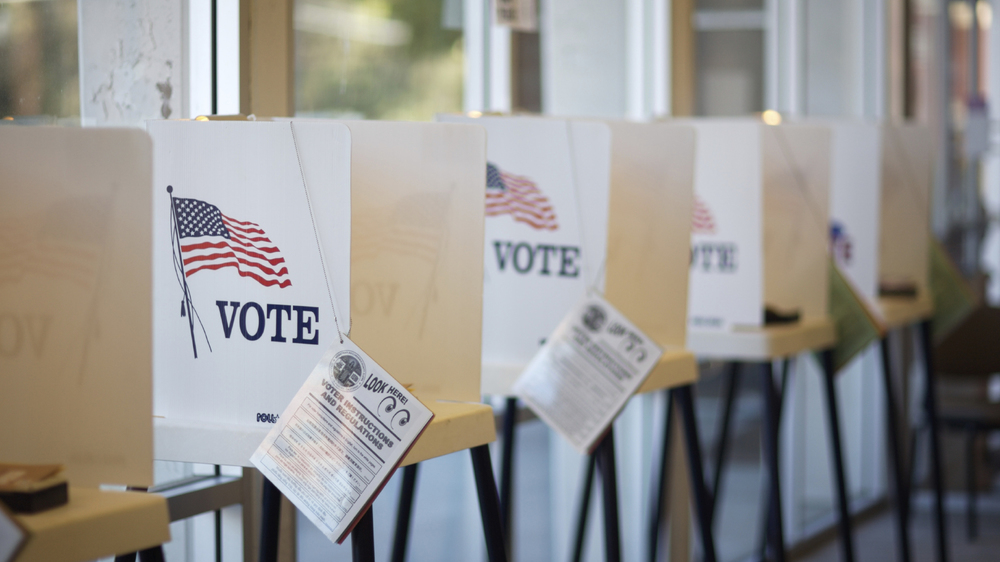 You probably have not read about it in the mainstream media or heard it reported by pundits on TV, but there is some very good news about the spread of local democracy across the country. Remarkably, this democratic surge has taken place despite the massive influx of corporate dollars from those who want to stomp out popular rule as it threatens their power and profits.  But more about them later.

Let’s start with the big positive.  Too often democracy has meant voting every couple of years for a candidate that is “the lesser of two evils.”  But now citizens and their representatives all across the country are voting directly on major social and technology issues that impact their families and neighborhoods.  Often, they are saying no to technologies that will poison their water, destroy their land and biodiversity, and threaten the health of their children and communities.

One example is the issue of genetically engineered (GE) crops and foods.  More than 80% of GE crops are designed to withstand massive doses of toxic herbicide and still survive.  This has meant the addition of hundreds of millions of pounds of these chemicals to our farmland and food crops.  Even as weeds develop resistance to multiple herbicides, corporations such as Monsanto and Dow have their cronies in government approving GE crops that will be doused with ever more hazardous herbicides in order to kill these resistant “superweeds.”  The nightmare scenario is clear: scientists predict that unless these GE crops are stopped, nearly a billion more pounds of 2,-4D (an element a of Agent Orange) or dicamba (a notoriously dangerous weed killer), will be sprayed over your land, water supply, neighborhoods and schools over the next five years.

Luckily, some folks are taking action and voting “no thanks,” either through ballot initiatives or through county or city council votes. Five counties in California, two counties in Oregon and three counties in Hawaii have placed bans, moratoriums or major restrictions on these crops and the inundation of toxic herbicides they bring with them.  Some of these counties include farm communities aware that GE crops can contaminate their organic crops, or threaten export markets for their non-GE conventional crops.

Biotechnology companies have fought every one of these laws with all the money at their disposal, but with little success. Perhaps the most remarkable story took place in Hawaii in Maui County.  Residents passed a moratorium on all genetically engineered crops despite an $8 million dollar media campaign waged against them by Monsanto and its allies.  That means the opposition spent more than $350 per vote they won, an amount believed to be the most ever spent per vote in a U.S. election – and they still lost!

These democratic actions are not just happening at the county level.  Vermont, Connecticut and Maine have also passed laws at the state level requiring labeling of genetically engineered foods. Bills for labeling having been introduced in over two dozen other states.

We have seen the same kind of expansion of democracy where communities are rejecting the destructive and controversial technology of hydraulic fracturing, better known as fracking.   This technology is an environmental nightmare and a brutal ordeal for residents living near these sites.  Fracking results not only in the massive overuse of water resources but also contamination of them with a plethora of dangerous chemicals, many of them carcinogenic.  It also causes wide-ranging air pollution, including potential exposure to benzene and methanol. Fracking’s dangerous toxic waste can even be radioactive.

Well, once again, citizens are looking at the many ecological and human health impacts of fracking and voting “no.”  Cities and towns in Colorado, West Virginia, and Ohio have voted for a dozen outright bans.  Among these towns is a former pioneer in the technology, Denton, Texas, where the ban was established by an overwhelming vote.  Numerous counties around the country, in states from Colorado and New Mexico to California and Hawaii, have also fought major oil and gas industry financial pressure and voted to ban or severely limit fracking.  Bans are pending in several towns and counties. And recently, New York State joined Vermont in banning fracking.

But all this democracy is too much for the chemical and oil and gas industries.  They have launched a two-pronged attack on what they view as a dangerous outbreak of democracy.  First, to defend their bottom line and rollback these electoral losses they have hired some of the nation’s highest paid legal guns and filed dozens of lawsuits to rescind these city, county and state laws. This is often an effective strategy, as small cities such as Denton or counties such as Kauai, Hawaii, or Jackson, Oregon, are already strapped for operating funds and now have to confront millions in legal fees to defend their right to say “no” to the poisoning of their children or to the exhaustion of their water supply.

Fortunately, public interest legal organizations (as CFS members know, we are representing many of these communities in defending these laws) are representing some of these communities pro bono to defend their laws. But more effort and media attention is needed both locally and nationally to ensure this democratic revolution thrives and is not crushed by corporate lawyers.

The second corporate strategy in their attack on democracy is to use their undue campaign financing influence in getting state legislators to “preempt” counties or localities from taking action. The corporations know that if they cut off democracy at the local level they can use their financial heft to gain more control over state legislatures.

While many of these bills have been beaten back, sadly some have passed, including a recent bill in Pennsylvania stripping communities of any power to restrict fracking. And the companies don’t stop there.  When a state goes against their wishes, such as Vermont with its GE food labeling bill, these chemical companies not only sue to keep the bill from informing citizens about what is in their food, but in their biggest move to subvert democracy, they are lobbying Congress to support a bill that we call the “Dark Act.”  This Monsanto-backed bill would rescind all current state labeling laws, and preempt any state from enacting a GE food labeling law in the future.  That’s right, this Dark Act would nullify the labeling bills that have been passed and would permanently halt the democratic will of the citizens of any state to demand their right to know.

So we find ourselves on this President’s Day in an historic moment for our democracy.  On one hand, in an unprecedented extension of democracy, we have a surge of citizens voting at the community and state level on some of the most important issues of the day, including critical technological decision-making.  Against this wave are the self-serving chemical, oil and gas corporations who will wield all the financial and legal power that they can muster to crush this democratic blossoming, and establish a corporate oligarchy that protects their bottom line from the will of the people.

The antidote to this corporate attempt to poison our democracy is of course to defend those that have been courageous enough to vote their conscience and for their communities.  But even more important is for every concerned citizen to organize their towns, counties, cities and states to say “no” to these hazardous technologies. If that happens, the democratic wave of the people will overwhelm the corporations’ obstructions, and together we’ll create a more responsible and responsive democracy.