Less than One Month to Comment on Corn Resistant to Agent Orange Herbicide 2,4-D 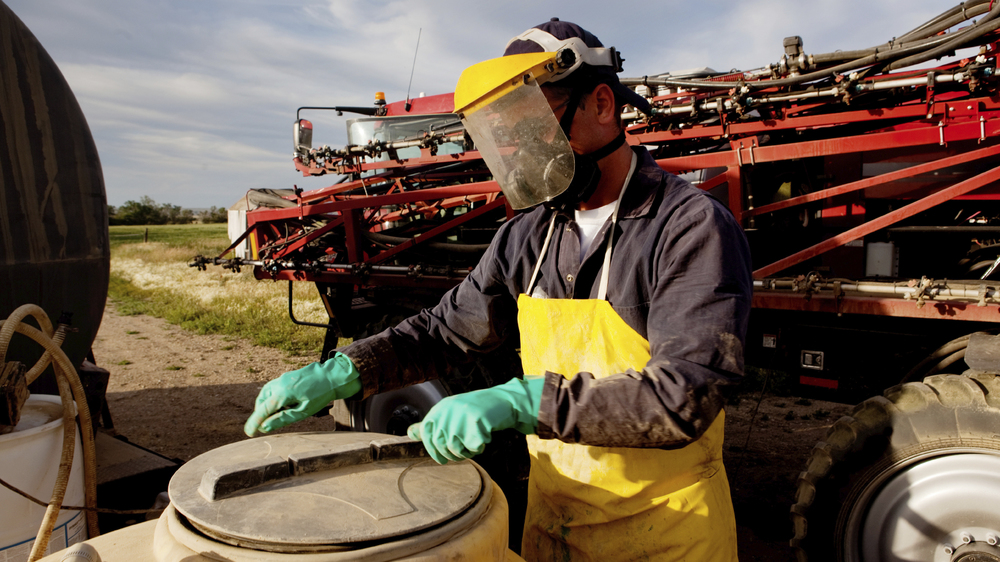 The U.S. Department of Agriculture (USDA) is currently deciding whether or not to approve an application by Dow Chemical for its controversial genetically engineered (GE) corn variety that is resistant to the hazardous herbicide 2,4-D. 2,4-D and the still more toxic 2,4,5-T formed Agent Orange, the defoliant used in the Vietnam War. After receiving pressure from organizations like the Center for Food Safety (CFS), the USDA extended its public comment period until April 27 -- less than one month from today. There is overwhelming public opposition to this crop. To date, 155,000 comments opposing approval of 2,4-D corn have been collected by environmental, health, and farm groups.

The stakes couldn't be higher. Dow's 2,4-D corn, soon to be followed by 2,4-D soybeans and cotton, are the first of many new GE crops designed to launch American agriculture into a new era of increased dependence on more toxic pesticides, reversing decades of progress. Two-thirds of GE crops awaiting approval by USDA are resistant to one to three herbicides each, with many more in the longer-term pipeline. For instance, Monsanto has developed crops resistant to dicamba, a close chemical cousin to 2,4-D.

According to agricultural expert Dr. Charles Benbrook, 2,4-D corn will trigger an astounding 30-fold increase in 2,4-D use on corn by the end of the decade, assuming widespread planting. 2,4-D soybeans and cotton will boost usage still more. Yet USDA has provided no analysis of the serious harm to human health, the environment or neighboring farms that will result.

Farmers are on the front line. While generally healthier than other Americans, farmers suffer higher rates of certain cancers, such as non-Hodgkin's lymphoma (NHL), a cancer of the lymph nodes that kills 30 percent of those afflicted. Numerous studies in Sweden, Canada and by scientists at the U.S. National Cancer Institute have found that farmers who use 2,4-D and related herbicides are more likely to contract deadly NHL. While Sweden, Norway and Denmark have banned 2,4-D based on such studies, the U.S. Environmental Protection Agency (EPA) refuses to act. Other studies link farmer 2,4-D exposure to greater risk of Parkinson's Disease.

The rest of us may also be at risk. 2,4-D is known to be a hormone-disrupting chemical, which can affect critical developmental processes in very small amounts. Lactating rats fed low doses of 2,4-D exhibit impaired maternal behavior while their pups weigh less. Children of pesticide applicators in areas of Minnesota with heavy use of chlorophenoxy herbicides like 2,4-D had a disproportionately higher incidence of birth anomalies than in non-crop regions or where these herbicides were less used. 2,4-D is frequently detected in surface water, albeit at low levels.

Based on these and numerous other studies, the Natural Resources Defense Council (NRDC) petitioned EPA in 2008 to ban 2,4-D, and recently sued the Agency for its failure to respond. Meanwhile, the latest available data show that 2,4-D is still contaminated with low levels of extremely toxic dioxins, which may or may not be the cause of 2,4-D's toxicity.

Farmers would have no interest in 2,4-D crops if there weren't a raging epidemic of weeds resistant to glyphosate, the active ingredient in Monsanto's Roundup herbicide. Glyphosate-resistant weeds evolved to infest millions of acres of cropland through massive, unregulated use of glyphosate on Monsanto's Roundup-resistant soybeans, corn and cotton. This epidemic of "superweeds" has alarmed agricultural scientists, triggering a substantial increase in herbicide use, greater use of soil-eroding tillage operations, and a return to weeding crews hoeing hundreds of thousands of acres, dramatically increasing production costs. A National Academy of Sciences committee singled out glyphosate-resistant weeds as an issue demanding national attention, and a leading weed scientist warns they represent a threat to global food production.

As farmers struggle to contend with a problem that Monsanto assured them would never arise, Dow sees a golden opportunity, marketing its 2,4-D crops as a false solution to glyphosate-resistant weeds. Dow scientist John Jachetta excitedly announced in the Wall Street Journal "a new era" and "a very significant opportunity" for chemical companies in 2,4-D and similar herbicide-resistant crops.

Far from solving the resistant weed problem, however, a recent peer-reviewed study by Penn State weed ecologists suggests that 2,4-D crops (along with Monsanto's dicamba-resistant crops) will trigger an outbreak of still more intractable weeds resistant to both glyphosate and 2,4-D or dicamba, another salvo in the all-out "chemical arms race" between herbicide-resistant crops and weeds. Weeds resistant to multiple herbicides are already on the rise, prompting an Illinois weed scientist to warn that "we are running out of options" to confront what is rapidly becoming an "unmanageable problem." The Center for Food Safety made similar findings in a 2008 report and in Congressional testimony on resistant weeds in 2010. The Penn State study also outlines sustainable weed control techniques that could avert further weed resistance.

The Penn State scientists also warn that the massive increases in use of drift-prone 2,4-D and dicamba accompanying resistant crops will threaten neighbors' crops through drift. Soybeans, cotton, most vegetables, grapes and many other crops are damaged by very low levels of 2,4-D. Even now, 2,4-D drift is responsible for more episodes of crop injury than any other pesticide. Farmers agree. Iowa corn and soybean grower George Naylor was recently quoted in a Greenwire story, and speaks for many farmers who are concerned about 2,4-D corn:

"It's a big turning point for agriculture," Naylor said. "If they are going to keep going down this road by coming up with a quick fix to the problems they created in the first place, then the problems are just going to compound... My neighborhood and a lot of farm neighborhoods are just going to be sacrificed zones," added Naylor... "There is going to be stuff in the air all the time."

In fact, a new coalition of farmers and food processors -- the Save Our Crops Coalition - -is organizing to stop 2,4-D crops from concern over huge crop losses due to 2,4-D drift.

2,4-D drift and runoff will also impact wild plants and animals. Because it is such a potent plant-killer, 2,4-D can harm animals by killing the plants they depend on for habitat and food. The Environmental Protection Agency (EPA) and the National Marine Fisheries Service have found that even now, 2,4-D is likely having adverse impacts on several threatened and endangered species, including salmon and related fishes, the California red-legged frog, and the Alameda whipsnake. USDA's approval of 2,4-D resistant corn can only make matters much worse, likely placing many other species at risk.

If approved, millions of acres of 2,4-D corn could be planted as early as next year. USDA's public comment period is open until Friday, April 27, 2012. Tell USDA to deny Dow's petition to approve 2,4-D corn. Comments may be submitted to the agency through the Center for Food Safety's action link or through Regulations.gov. For more information on 2,4-D corn, see our fact sheet and more extensive Food Safety Review.