Food Safety in the US: We're on Red Alert 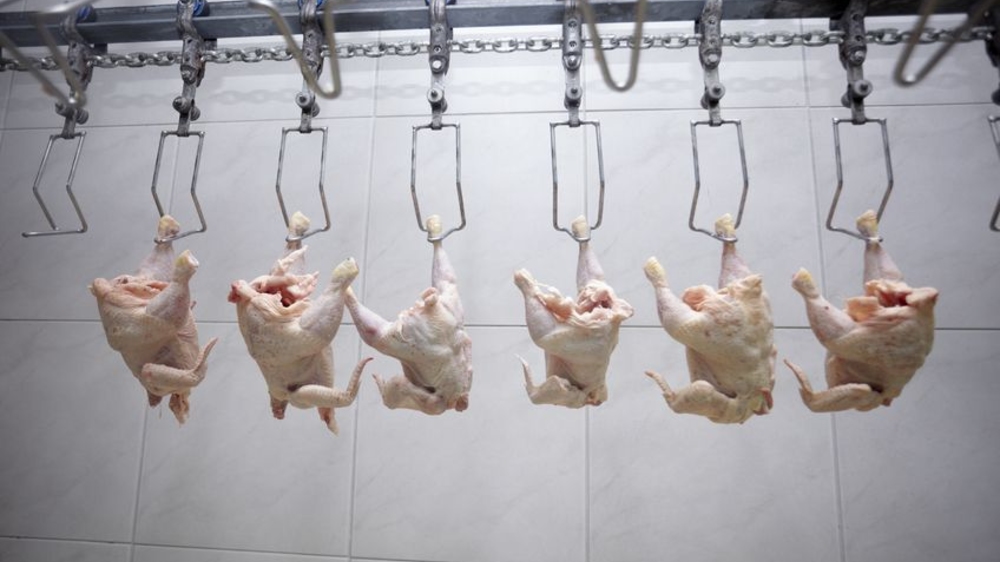 The United States once had one of the safest food systems in the world, but now, 70 million Americans are sickened, 300,000 are hospitalized, and 5,000 die from food-borne illness every year. It is a sad fact: since 9/11, far more Americans have been killed, injured or hurt because of our lack of a coordinated food safety system than by terrorist acts that challenge our Homeland Security system.

The culprits in this assault on American wellbeing aren't shadowy terrorist figures, but rather, they are what most consumers would identify as wholesome -- not harmful -- foods. Peanuts, lettuce, pistachios, spinach, hamburgers sold to Boy Scout camps, peppers, tomatoes, and pepper-coated sausages are among the foods that have sickened and killed Americans in just the last few years. Our children are most at risk from these food threats, with half of all food-borne illness striking children under 15 years old.

The Bush administration constantly claimed it was protecting Americans from potential security threats, yet it completely failed to protect the public from the clear and present danger of deadly food.
Due in part to that administration's cuts in funding and staff, the Food and Drug Administration (FDA) currently inspects less than 25% of all food facilities in the U.S. More than 50% of all American food facilities have gone uninspected for five years or more. During President Bush's last term, regulatory actions against those companies selling contaminated food to Americans declined by over a half (Office of the Inspector General: FDA's Food Facility Registry. Report: OEI-02-08-00060, December 2009).

The result is tragically predictable. Large processing facilities, which now mix foods from across the country and the world, are not being inspected. Illnesses caused by contaminated foods, which could be prevented with proper government oversight, are instead causing the hospitalization of hundreds of thousands and the deaths of thousands of Americans. Again, the victims are, disproportionately, our children.

The tens of millions of victims of food-borne illness represent only one segment of the casualties from our failure to require safe and nutritious food. Because of lax regulation of agricultural chemicals, many of the fruits and vegetables that should bring us health and nutrition are instead laced with dangerous pesticides, dozens of which are known carcinogens. Much of the food marketed to our children and served in their schools are confections brimming with trans-fats and high-fructose corn syrup; these contribute mightily to the epidemic of obesity in the young and heart disease and diabetes in our older populations. Under pressure from agribusiness, our federal agencies and legislators continue to commercialize genetically modified foods with no safety testing and no labeling for consumers. And, despite the strong potential of health hazards, food made with new, nanotechnology-based chemicals are getting waived through to the market, without any independent testing at all.

Clearly our food safety system is broken and needs a complete overhaul. With the continuing string of food contamination scandals, even Congress has begun to pay attention. The Food Safety Enhancement Act (HR 2749) was passed by the House of Representatives in the summer of 2008 and takes some steps in the right direction. It gives more authority to the FDA, restoring some of its power to conduct food inspections and strengthen oversight.

However, it's far from perfect. Bowing to pressure from agribusiness, lawmakers have exempted livestock producers and any other entity regulated by the USDA from the new regulations of both this act and its Senate companion, the Food Safety Modernization Act (S.510). In fact, members of Congress were so committed to the interests of big industrial meat producers that they also prohibited the FDA from "impeding, minimizing, or affecting" USDA authority on meat, poultry, and eggs. As a result, these bills contain the stupefying provision that no attempt by the FDA to combat E. coli and Salmonella will be allowed. These bacteria are the most common causes of deadly food-borne illness and are found in products contaminated with animal feces. Since January 2010, over 850,000 pounds of beef -- mostly from industrial feed lots -- has been recalled due to E. coli O157:H7 contamination. The members of Congress have essentially protected the interests of corporations who are bad actors, while condemning the public to continued sickness from these contaminants.

Another major problem with both bills is that they begin with the flawed premise that all producers and processors of food -- whether massive corporate farms or small family farms -- are equally at fault for our broken food safety system. New food safety legislation should target the largest causes of food-borne illness. These include concentrated animal feeding operations (CAFOs), water and field contamination due to manure lagoon leakage, and industrial processing systems, not small farms.

The "one size fits all" regulatory approach in these bills fails to take this disparity into account. It instead places an undue and unsupportable burden on family farms, small processors, and direct marketers of organic and locally grown food. These have not been contributors to the contamination events which have caused major food-borne illness outbreaks. Further support for this view is that , at a July 2009 House Oversight Subcommittee on Domestic Policy hearing on Ready-to-Eat Vegetables and Leafy Green Agreements, then-Senior FDA Adviser Michael R. Taylor acknowledged that "since 1999 outbreaks of food-borne pathogens were traced to leafy greens involved in precut packaged leafy greens and not whole leafy greens".

It is unconscionable that factory farms would get a pass under the proposed legislation while family farmers, who often struggle to stay in operation, are held to stringent, unnecessary and potentially bankrupting requirements. Small operators would bear the brunt of large fees that generate the revenue sufficient for the overall food safety program to operate. Food safety regulation at the farm and processing level must be appropriate to scale and level of risk.

Fortunately, some Senators are addressing the gaps in their bill. Perhaps the most critical action so far is that of Sen. Tester (D-MT), who has introduced an amendment to exempt small-scale and direct marketing farmers and processors, who are already well regulated by local authorities.

However, most problematic is that the legislation in its current state perpetuates the regulatory tangle that is our food safety system. Arcane mixes of regulatory authority between the FDA, USDA and EPA make for dangerously inefficient government. It is long overdue that we establish a separate and effective government agency dedicated to food safety. We need to separate out the 'Food' part of the Food and Drug Administration and consolidate all authority under a new Food Safety Agency.

We did this for Homeland Security; we should also do it for food security. After all, it is the lack of food safety in this country that is the far more imminent threat to all of us, our families and, especially, our children.