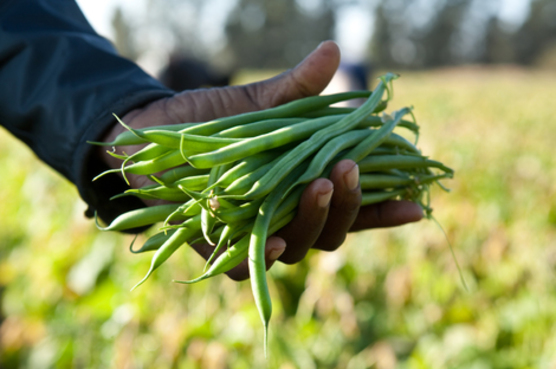 World leaders who met last month at the United Nations climate summit took stock of the sobering reality that a global pact on climate change very likely will not be achieved in Copenhagen this December. At the heart of this looming failure is money. Most of the proposed solutions to curb greenhouse gas emissions are costly, and funds are scarce. However, there is a solution being overlooked in climate negotiations that could result in rapid greenhouse gas reductions with comparatively low financial investment and little technology transfer -- a transition toward ecological, organic agriculture.

Even though research concludes that industrial agriculture is one of the major contributors to global warming, neither international nor U.S. domestic policies are adequately addressing this sector. The figures are stunning -- at least 60 percent of all nitrous oxide (NO2) emissions, the most potent greenhouse gas, are caused by industrial agriculture, primarily from the use of synthetic nitrogen fertilizer. Nearly 40 percent of methane (CH4), the second strongest greenhouse gas, is due to industrial farming practices, much of this from intensive industrialized livestock operations.

The Intergovernmental Panel on Climate Change (IPCC) conservatively tells us that industrial agriculture methods contribute at least 14 percent of greenhouse gas emissions. Many scientists say this figure could as high as 25-30 percent of emissions when the total energy backpack of the current food system is taken into account. Some greenhouse emissions related to agriculture are embedded in other sectors cited by the IPCC -- forestry, transportation, and industry. These areas include inputs such as the use of fossil fuels to produce chemical fertilizers and pesticides; processing, packaging, refrigeration, and transport of food; and land conversion from biodiverse ecosystems to giant, monoculture food plantations.

Given that industrial agriculture methods are a major part of the global warming problem, why not turn agriculture around to make it a major climate solution? As the late Edward R. Goldsmith -- author of seminal writings about ecosystems, including the critical link between agriculture and climate change -- often stated: "When doing something that causes harm, one must do the exact opposite in order for things to change." If we make a U-turn away from harmful industrial agriculture practices toward ecological, organic systems, we can significantly change the course of climate change.

The potential is exciting. A Rodale Institute study projects that the planet's 3.5 billion tillable acres could sequester nearly 40 percent of current CO2 emissions if they were converted to "regenerative" organic agriculture practices. The same 10-year study submits that if U.S. cropland (based on 434 million acres) were converted to organic farming methods, we could reduce nearly 25 percent of our total GHG emissions.

Many studies have drawn similar conclusions. In India, organic farming research shows increases in carbon absorption by up to 55 percent (even higher when agro-forestry is added into the mix), and water holding capacity is increased by 10 percent. A study of 20 commercial farms in California found that organic fields had 28 percent more carbon in the soil than industrial farms.

The inevitable industrial critique of organic farming is: yes, that's all well and good, but can we afford to worry about environmental hazards when we must feed our burgeoning global population? Viewing the current problem more broadly answers pro-industrial arguments decisively.

The environmental problem of climate change that industrial agriculture is now causing will guarantee that we simply won't be able to feed a hungry world. And, contrary to general belief and prejudice fostered by agribusiness, industrial crops do not consistently yield more food. In fact, it is a pernicious myth that ecological organic agriculture yields less than conventional agriculture. A comprehensive study of 293 crop comparisons of industrial and organic agriculture demonstrated that organic farm yields are roughly comparable to industrial farm yields in developed countries; and result in much higher yields in developing nations.

The World Bank and United Nations International Assessment on Knowledge, Science and Technology concluded that fundamental overhaul of the current food and farming system is needed to get us out of the food (and fuel) crisis, and that small-scale farmers and agro-ecological methods are the way toward food security. Further, numerous studies unequivocally state that our survival depends on the resiliency and biodiversity of organic farm systems free of fossil fuels and chemical dependency.

Recently, Senators Kerry and Boxer introduced a version of a climate and energy bill which finally includes language that begins to address harmful emissions caused by current agricultural practices. This is a good step, but we need large-scale change in the way we grow our food. The way forward, the great U turn, is to transition toward regenerative, living carbon systems and away from non-renewable, dead fossil-carbon systems. A rapid, global transition is an imperative both for mitigating climate change and for ensuring food security.